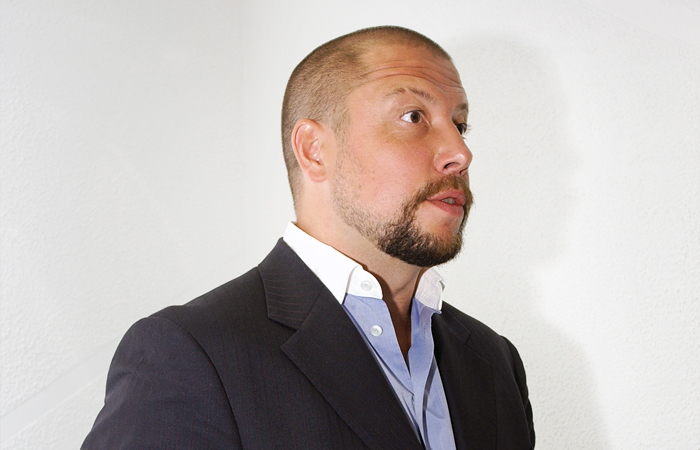 Moscow. 23 Nov. The Prosecutor General of Russia will send to Ukraine a request for extradition of the former Chairman of the Board of Directors of Bank “the trust” Ilya Yurov, detained in Kiev, said the official representative of the Supervisory Department Alexander Kurennoy.

“The Prosecutor’s office preparing materials for the extradition request Yurova in Russia”, – he said, noting that NCB Interpol in Ukraine has informed the Russian Prosecutor General’s detention at the airport Boryspil declared in the international search Yurova.

According to authorities, he is charged under part 4 of article 160 of the RF criminal code (embezzlement of another’s property in especially large size).

According to the Ukrainian side, border guards detained Yurov evening of November 20 in the Kiev airport at the time of registration of passengers of flight “London-Kiev”. He was in the international wanted list by Interpol at the request of law enforcement bodies of Russia. Later he was transferred to representatives of Boryspil division of the National police.

The online edition “Obozrevatel” with reference to own sources reports that Yurov November 20, flew from London to Kiev for personal reasons. At passport control at the airport, he showed the passport of the citizen of the Republic of Cyprus. According to sources of the online publication, the financier contains in a temporary detention center in the city of Bila Tserkva (Kyiv oblast), and “the extradition procedure would take at least a month, but can stretch to six months”.

The Bank “trust” is the reorganization of December 22, 2014. Investor within the procedure of financial recovery was the Bank “FC Opening”. The Agency on insurance of contributions (ASV) have provided the Trust with 129 billion at a concessional rate to close the “hole” in the capital. Subsequently, the Bank of Russia has found signs of withdrawal of assets from “Trust”, and the interior Ministry opened a criminal case of fraud against the former management and employees of the Bank.

The former owners and top managers of “Trust” they are suspected of having entered into fictitious loan agreements with legal entities registered in Cyprus, then the funds could get to accounts controlled by the former shareholders and management of “Trust”.

17 December 2015, the Tver court of Moscow arrested in absentia of three former executives of the Bank “trust” – Yurov and Nikolai Fetisov and Sergey Belyaev, accused of embezzlement of funds in especially large size. Earlier, the court also sanctioned the arrest of the former Finance Director of the Bank Eugene Romakov.