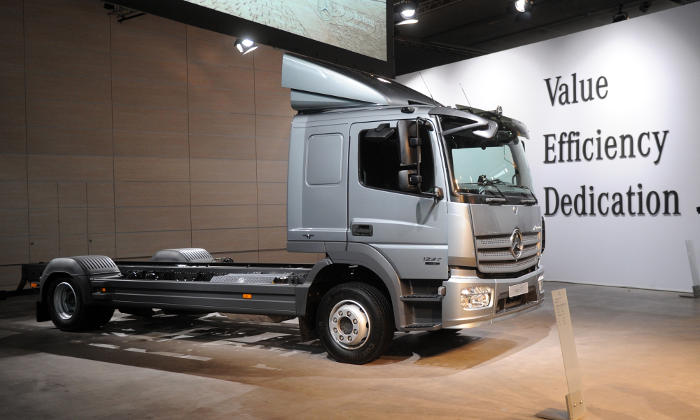 Moscow. 23 Nov. The Ministry of transport began work on the feasibility of tolls on Federal highways for vehicles weighing between 3.5 and 12 tonnes, reported on Wednesday “Gazette”.

To justify the imposition of tolls on public roads of vehicles weighing more than 3.5 tonnes this study was commissioned, which involved Higher school of Economics. According to the Director of the Institute for transport Economics and transport policy HSE Mikhail Blinkin at his work is not over.

As told “Vedomosti” head of logistics operations DPD in Russia Dmitry Voevodin, trucks weighing 3.5 tons are most commonly used for delivery to a short distance.

Now with the help of the “Plato” will be charged for travel on Federal highways vehicles weighing above 12 tonnes. It was introduced in 2015. By may of the current year fees truck was closer to 8.5 billion rubles

. As planned, these funds should go to road resurfacing, which collapses due to heavy vehicles.

The introduction of the tolling system has caused a resonance among carriers and entrepreneurs who use their services. In this regard, the constitutional court has acknowledged that “Plato” in conformity with the Constitution and found no double taxation.