Why was it postponed the signing of the agreement on Association of Ukraine with the EU?

“I understand that you are responsible before the Ukrainian people. The signing of this agreement, in the second part of which contained a provision on free trade, directly affect our national interests. After the government is established, we turned to the European Union in order to finalise this agreement and look for the expansion joints.

Given that in 2013 we signed a trade agreement with Russia, which suffered serious losses. During the negotiations with Russia, we understood that she plans to sign a similar agreement with the European Union. And we, as strategic partner, had a trade turnover with Russia and CIS countries in the amount of $63-64 billion, I realized that if Russia does not take into account our interests when signing the agreement with the EU, we, as they say, sit down on the twine. But we are not Olympic Champions, to sit on the splits. We needed to get Ukraine hooked to the agreement Russia and the EU, as a concerned party.”

As the signing of the agreement with the EU would affect your career?

“I never thought of personal gain, I’ll stay in his post or not. But I did not expect that my political opponents will go to the bloodshed.”

How was your interaction with the heads of the interior Ministry and security service during the protests?

“It was no different from the interaction with other heads of departments, mostly in meetings with the government. Of course, during the events I asked them why everything happens the way it is, why we see a worsening of the situation.” 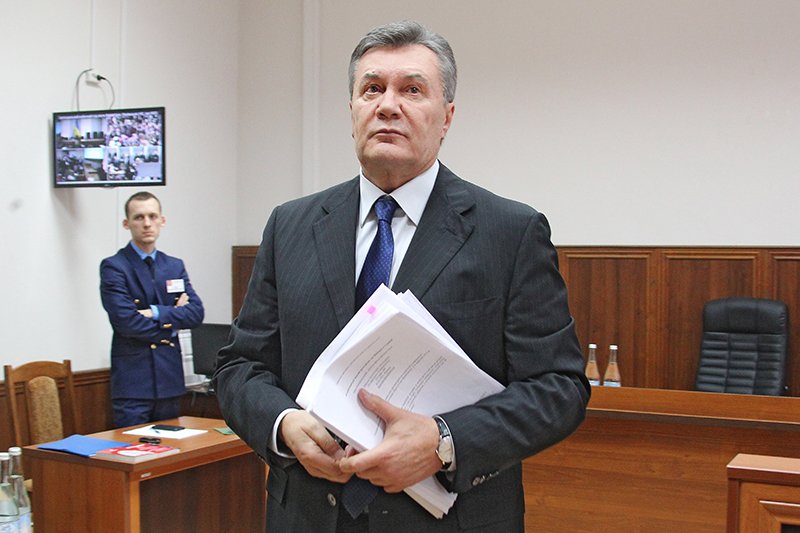 Gave you orders to use force to disperse the protesters?

“I from the very beginning to the very end was against the use of weapons and bloodshed. It was my principled position.”

Why the police are unable to maintain order during the protests?

“I thank the law enforcement officers who for three months endured — they were beaten, killed, burned, but they still tried to do everything to maintain order in Kiev. This question must be answered by those who started the bloodshed in Ukraine. I could never, as they say, to raise a hand and sign some kind of decree that would lead to bloodshed”.

What are the solutions to resolve the situation was made directly by you?

“I wanted to solve everything peacefully, met with opposition and even radicals. But then I realized that all of our meetings with them over the fact that they told me that nothing can’t do anything with the radicals”.

Who gave the weapons to police and the protesters on the Maidan?

“Responsible those who took that decision, but what level it was made, I don’t know. With regard to weapons on Maidan, it fell to people in different ways, been there and own hunting weapons. From a weapon shot on Institutskaya street and the House of trade unions, I have no answer. This question should answer the investigation, but for three years it did not”.

“I have this information is only for the media, I’ve read different opinions from different sources — journalists, participants of the events. Answers, except that they, I don’t have”.

What you have tried to negotiate with the opposition?

“We have solved the problems with the exit from the crisis. Their comments were reduced to a negative evaluation of the government’s work and the possibility of participation of the opposition in his new composition. I was not against, I was for the fact that the government worked effectively. Ukraine is a lack of specialists who can adequately operate at a high level.

I said, “If you can do better, let us offer.” And it was to appoint a Prime Minister Yatsenyuk. He replied: “I think, I don’t know.” What does it mean from a political point of view, I don’t know, but he answered.

Our talks are often over the fact that they were going to go to the square and to convey to those who had gathered there, informatsiju about our negotiations, but in the end they went back with a negative. It was a performance, they were stalling. All the negativity brought to the Maidan, and all positive left yourself.”

Did you give instructions to security forces to halt fire in Kiev?

“I was informed that the fire was coming from houses, which was controlled by the opposition. So I had no one to give directions. Law enforcement agencies worked in a usual mode.

Who reported the shooting? This information came from media interviews. Online they can watch (the events on the Maidan .) all channels. So I was given only one instruction — to stop the bloodshed, and they (representatives of the security forces .) make decisions”.

What steps have you taken in order to stop the bloodshed?

“Of course, time has passed and I don’t remember all the details, but I always responded (to the shooting in Kiev) is very acute. When they started killing people, I demanded to know who did it (fired — .). I remember well that I was told that the fire was coming from houses, which is controlled by the opposition.

I was told that these houses are protected by the usual protesters. On roofs snipers worked, and at the bottom was standing protection of the Maidan”. 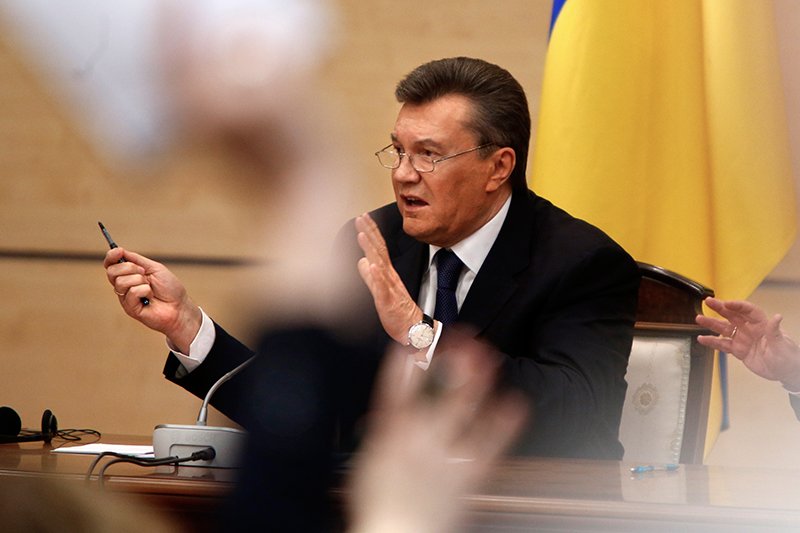 How did you know about the Congress of deputies at Kharkiv on 22 February 2014?

“The head of the regional administration M. Dobkin invited, I have planned trips to the regions, and I said that may be coming. But in Congress, I took no part — Dobkin and MIA called me and said that in Kharkov unsafe

I only knew that (at the Congress) gathered members of all levels. On the agenda was to discuss the situation in the country. In my opening remarks I was going on a peace agreement (with the opposition), which was signed that it must be respected. Wanted to reach out and explain what (new) presidential election — it’s my decision, but it is necessary to prepare changes to the Constitution.”

Why from Kharkov you flew to Donetsk?

“It was planned in advance, there was to be a meeting with activists of the region. It so happened that when I flew to Donetsk, with the pilots contacted the military Manager and ordered them to return to Kharkiv. What I don’t know, but I asked who he was, to give the decrees to the President. He said that this indication was given by Oleksandr Turchynov. The pilot said that the Board is the President, the Supreme commander, and maybe (Board) with someone else.

In Donetsk, I met with armed guards. They met me with a gun, said that they have orders to detain me. I grinned and said, “You understand what they are doing? It is a crime and you have no rights. You are breaking the law.” They agreed, and then I went to the Crimea by car”.

Did you meet in those days with Akhmetov?

“I decided to go to the Crimea from Donetsk car. My journey was one stop we had to refuel. On the way was the home of Akhmetov. I went to see him, but it was not. I called him and me in the house, met the workers.

I also called the two sons to come and we talked. Victor told me he keeps in touch with the Parliament, said that there occurs anti-constitutional coup, MPs vote under pressure from the Maidan, and the opposition beaten.

Meeting with Akhmetov was on February 22, we discussed topical issues”.

“February 22 we were moving towards Crimea. In the Melitopol district, we actually stumbled into an ambush, which was 5 km away from us. Lead group (tuple) saw armed men unmarked. In addition, we saw that they were armed with machine guns, but before they post there are two heavy machine gun.

The situation was complicated. They had the order to shoot the motorcade and did not leave alive. Also we were sure that back from Donetsk, we drove another armed group. It was already late night, we started to think about how to go further.

We started looking for a way out. Decided I needed to go to the Crimea, look for the road, and if you get there, there is already to decide what to do.”