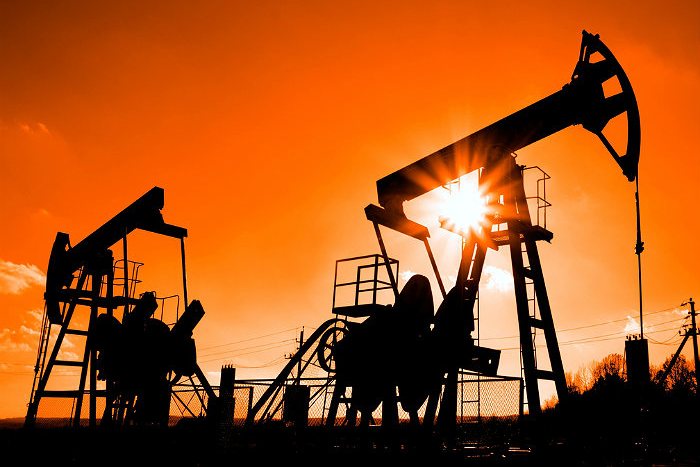 Moscow. 26 Nov. More recently, the heads of the major oil companies said that OPEC has ceased to play the role of the regulator in the global market. However, the success of the September meeting of the Ministers of the cartel have forced the market to reconsider their views, however, does not dispel until the end of skepticism about the possibility of coordinated production cuts.

The degree of divisions within the cartel over the past year decreased significantly, largely due to the change in negotiating position (and oil Minister), its informal leader, Saudi Arabia. However, whether the OPEC on 30 November to negotiate the first eight years of the reduction of oil production will depend largely on the position of the countries outside the cartel. In the first place – from Russia, which continues to insist on freezing and not reducing the output.

OPEC urges countries that are not members of the organization to reduce oil production by 500 thousand barrels per day. The cartel is ready to cut production by 1 million barrels per day (these recommendations before the meeting developed by the Council of the economic Commission of OPEC).

Russia is one of the main participants of the negotiation process, its interest in achieving consensus have always been genuine (no wonder, according to market sources, that Moscow once to mediate the first contacts of the officials of Iran and Saudi Arabia at the working level). While RF retains its original position: the baseline for the country is to freeze production at current levels, repeatedly over the past two months, said energy Minister Alexander Novak. Taking into account the projected production growth in 2017, the freeze would be tantamount to decrease by 200-300 thousand barrels per day, he stressed. Restriction of output will occur at the expense of existing fields, plans for new fields will not be revised.

Talks about support of the plans to freeze oil production are underway with several countries outside OPEC, in particular, Kazakhstan, Uzbekistan, Mexico, said Alexander Novak. According to him, has the task to involve as many oil-producing countries, with negotiations with one of the largest oil producers – the United States is not conducted. “We are positive, and, according to our information, the position of the oil-producing countries are close,” – said A. Novak this week.

The best option for Russia is to freeze the production average of the month preceding the month of the agreement, explained the head of the analytical centre of TEK, the energy Ministry Pavel Sorokin during a telephone conference for analysts this week. He stressed that he considers incorrect the view that Russia is ready to freeze oil production at its peak. “We have seen some skepticism in April (before the talks about the freezing in Doha) and I was surprised by the review that Russia is ready to freeze production at its peak. If you look at the numbers for production, which is now, you will see that in April she was far from peak performance,” – said Sorokin.

Russia in October-November, keeps production at post – Soviet highs of 11.2-11.3 million barrels per day. Even freezing Russia’s current output will mean an increase in overall in 2017 by 200 thousand barrels per day, experts say the International energy Agency (IEA). According to the forecast of Ministry of economic development, in the budget, in 2017 Russia will produce 548 million tons of oil (compared to 544 million tons this year).

Despite this, the deal to discuss with Russia the conditions will allow the market to balance faster. The main objective of the agreement is to remove excess oil, the rest will do the market due to the projected excess of demand over supply. “For us and partners in OPEC price is not a priority element of the agreement. The priority is the reduction of existing unnaturally high oil reserves, which put pressure on the market”, – said Sorokin.

If the transaction is not, then the balancing market will begin no earlier than the end of 2017, according to experts IEA.

The balance of power

Russia plays a critical role in shaping the structure of the deal, it is interested in strengthening of oil prices as the OPEC countries, said recently the Minister of energy of Nigeria Emmanuel Cacique.

However, it is the differences within the cartel, primarily between Saudi Arabia and Iran, have led to the failure of negotiations on the freezing of production in April.

At the June OPEC meeting the newly appointed oil Minister of Saudi Arabia Khalid al-falih said: “the Market does the work for us. The demand for a good, stable, and production outside OPEC is falling, and we think it will fall even more rapidly. The price of oil will go up as the rebalancing of the market.”

By the fall of the rhetoric of the state has changed, what contributed to the budget deficit (in 2015 it reached a record $98 billion) and banal climatic factor in summer, Saudi Arabia, where there are a / C even at stops of public transport, traditionally beyond the maximum production level because of the growing demand for electricity.

Making concessions to Iran, increasing oil production after the lifting of nuclear sanctions, as well as Nigeria and Libya, whose production suffered from the hostilities, OPEC unexpectedly in September failed to agree on production cuts to 32.5-33 million barrels per day (b/d) from the record level of September of 33.64 million b/d. it is Expected that the solution with the distribution of quotas for each country in the cartel will be approved by 30 November, and further to the agreement joined by countries outside the cartel.

While not all obstacles in the path of the oil diplomacy is removed. Iraq has demanded special conditions of production cuts, arguing that the ongoing fight against terrorist groups. Additionally, the media became aware of the controversy surrounding the level of production for Iran: OPEC suggested that the country should limit its 3.9 million b/d, while Iran intends to reach the pre-sanctions level – 100 thousand b/d more.

This has prompted the market to question the positive results of the summit of OPEC, and put pressure on oil prices: Brent after rising to an annual maximum of $53,73 per barrel in October returned to lower (on Friday, North sea oil was trading at to $48.3 per barrel).

This week, however, the Prime Minister of Iraq said that the country is ready to take on the burden of production cuts. Iraq offers the cartel to cut production by 900 thousand b/d to support prices: the rising cost of oil by $1 a barrel brings the state $1 billion in annual revenue.

Thus, the focus of the position of Iran and Russia – they will be decisive for the transaction. The cartel alone will not be able to relieve the pressure of surplus oil from the market, says IEA.

Should we be afraid of production in the United States

If an agreement is reached, oil prices could rise to $60 per barrel, says the head of the IEA, Fatih Birol. This will lead to the growth of supply, including shale oil, the United States, which in turn will again start to put pressure on the oil quotes within nine to twelve months, he said.

“Anyone who thinks that in the current situation he or any country is able to influence prices, crazy… High oil prices will attract more raw materials, and OPEC will continue to lose its share,” – said in an interview with the Financial Times former Minister of oil of Saudi Arabia Ali al-Naimi, under which OPEC adopted a policy of maintaining market share to the detriment of prices.

With the new US energy policy aimed at independence from imports, freed from the agreement is really a niche can be occupied by shale oil. The level of profitability of shale oil producers is improved and many of the risks that were considered detrimental to oil shale mining, has not materialized – the company continues to have access to funding that recognizes Sorokin.

However, he believes that shale oil is important, but not critical factor for balancing the market. The main growth potential have OPEC, Russia and a number of other countries not included in OPEC. If these countries would not increase production, forecast in 2017, the demand growth of 1.1-1.2 million barrels a day to exceed the growth of supply.

“If prices remain approximately at the current level, you should not expect a swift reaction from producers of shale oil. We expect that at the price from $45 to $50 per barrel shale production stabilizes and perhaps begins to grow by the end of next year, adding 200-300 thousand barrels per day (that is, as much as will remove from the market Russia due to the freezing of production). If the price is $55-60 per barrel, it will happen a little faster, but it is not critical”, – said the expert.