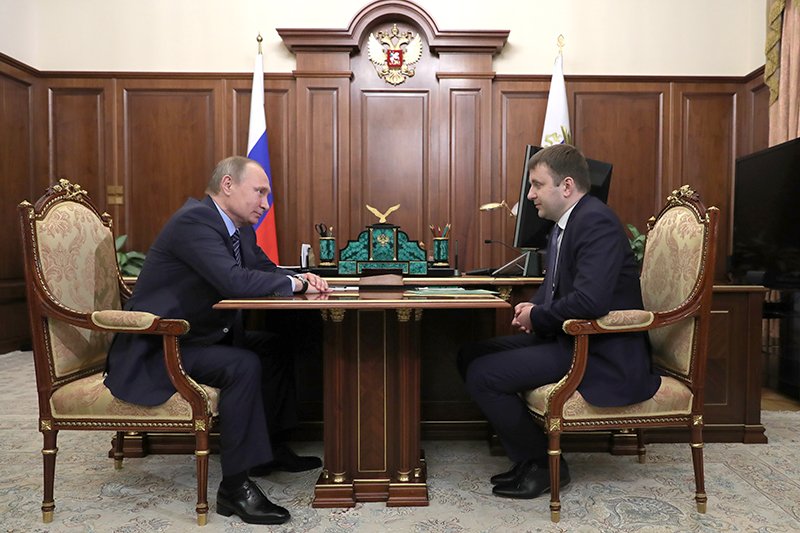 Russian President Vladimir Putin (left) and Maxim Oreshkin, appointed by the Minister of economic development of Russia during a meeting in the Kremlin