About Ministry Of Finance

“The Finance Ministry wants to keep people happy. We are not politicians. Our task is to show: here is the solution, it has pros and cons, here’s another solution — it has other. Solutions only pros are there. Want growth please high consumption here and now — please. But all together at once. Miracles do not happen”. (“Kommersant-Dengi”, February 2016)

“One of the objectives of fiscal rules — to remove the impact of fluctuations in oil prices on the domestic dynamics. This will make the dynamics of the real ruble exchange rate more predictable. A vivid example is Norway, in the economy of which oil plays a smaller role, but major fluctuations of the Norwegian Krone due to their mechanism of budgetary savings was not.” (TASS, June 2016)

On the contingency Fund

“No need to demonize rate of the Central Bank. Everyone is talking about that long money in the economy. However, in our conditions means you can get by attracting savings of the population”. (“The banker.ru”, March 30, 2015) 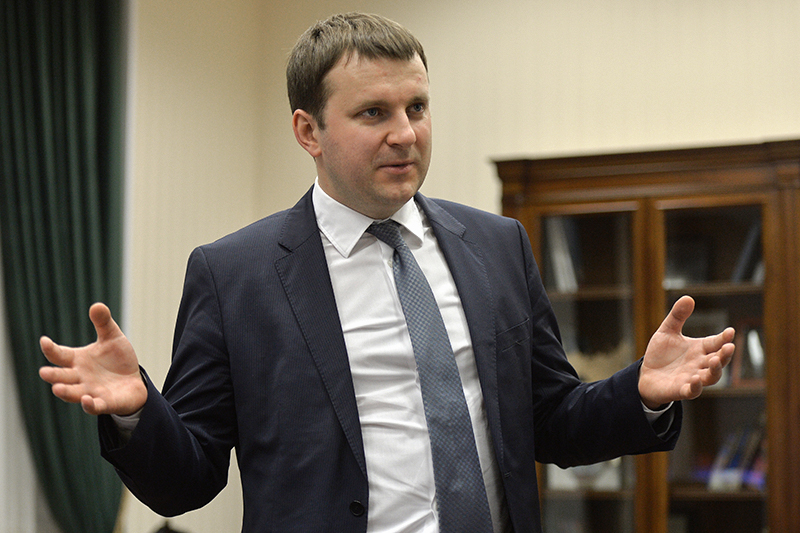 About the economic situation in Russia

“The shock that Russia is now experiencing, more than the one the Soviet Union experienced in the 1980s. In 1986-1989, the price of oil also fell twice. The Soviet Union foreign exchange losses largely closed loans from Western banks under the supply of food and other consumer goods”. (Vedomosti, December 2015)

About the companies with state participation

“The valuation that we did only four public state-owned companies — “Rosneft”, “Gazprom”, Sberbank and VTB, which is the results of their work in 2015, about 400 billion rubles In average for the last five years it amounted to 300 billion rubles. the Low level of dividend payments, with which we have lived for the past years, this factor introduces a non-tax expenditure budget, that is a direct subsidy to these companies.” (“Nezavisimaya Gazeta”, October 2016)

Biography Of Maxim Oreshkin. What is known about the new Minister of economy

“Crimea has very good economic potential, the future can be achieved self-sufficiency in the region. <…> The Crimea gives not only costs, it is not a “black hole”. It has its own revenue base, which each year will increase. Prices will rise, salaries and pensions will grow. Will increase the volume of goods and services. The estimated potential of the region’s GRP in the coming years could reach $20-25 billion, we are talking about the future within five years.” (“Interfax”, April 2014)

“If true negative predictions on the dynamics of the world economy and the oil market will not be anything good. Once again there will be revised forecasts for demand. Stress scenario that we see, then, what you need to prepare is about $30 per barrel for the next few years.” (Fitch Ratings, September 2016)

About the Mexican experience

“The main direction of the hedge is the price of oil, now they are low, and this question is rather theoretical, preparatory. The goal for 2016 is to create the technical infrastructure to such transactions were possible in principle to do. So does Mexico, which in August of last year and hedged all of its oil and gas revenues of $49 per barrel this year. They enter into forward contracts in case of lower oil prices so they can get paid”. (TASS, January 2016)

Of a new day

“In many ways, the stabilization has occurred in the second half of last year, if prices again fell to $20 and have not started a mini-repetition, much milder than what was previously. If not a new round of collapse of oil prices, the Russian economy would return to growth at the end of last year, but a new collapse brought the Russian economy to a new bottom.” (“RIA Novosti”, February 2016)

About the postponement of the privatization of “Rosneft”

“The situation last year is quite unique for the current year and is associated with the uneven spending of the Federal budget. Given the fact that oil prices fell below $40 per barrel, expected expenditure of funds of the Reserve Fund this year should be about 2.3 trillion rubles., and in the case of postponement of the privatization of “Rosneft” — to come close to the mark of 3 trillion roubles (“to Finance”, August 5, 2016)