The acceleration of economic growth

“I charge the government with the participation of leading business associations no later than may of next year to develop a substantive action plan 2025, the implementation of which will allow for the turn of 2019-2020 to get on the pace of economic growth above the world, and thus to build up Russia’s position in the global economy”.

“We must Orient our tax system to make it work on the main objective: to stimulate business activity, economic growth and investment, create a competitive environment for the development of our businesses. Need to streamline the existing fiscal incentives to make them more targeted, eliminating ineffective tools. Offer for next year in detail and comprehensively to consider proposals for setting up of the tax system, be sure to do it with the participation of business associations. <…> We need in 2018 to prepare and make all appropriate amendments to the Tax code, from 1 January 2019 to bring them into action”

“I ask the government to study the issues of improving the mechanisms of providing a sustainable budget and public finances, the fulfillment of all our commitments, regardless of external factors, including the price of hydrocarbons”

The launch of the digital economy

“I propose to launch a large-scale system — the program of development of economy of the new technological generation, the so-called digital economy. In its implementation, we will rely primarily on Russian companies, scientific, research and engineering centers of the country. It is a matter of national security and independence of Russia, and, in the full sense of the word, our future”

The decrease in the number of business inspections

“I draw the government’s attention that the regulatory authorities need to accelerate the implementation of an approach based on risk assessment, which will significantly reduce the number of inspections and enhance their effectiveness. Increasing the transparency of the regulatory bodies will allow us to respond to the abuse, every violation of the rights of entrepreneurs from the supervisors” 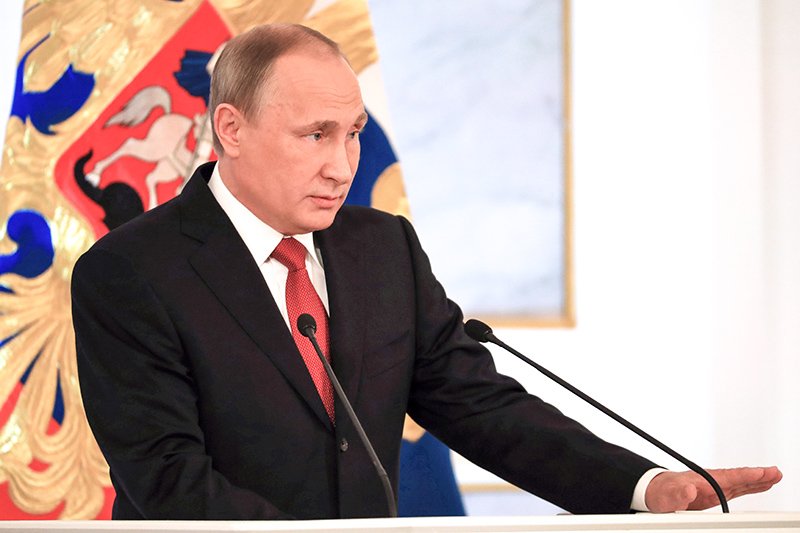 The extension of benefits for the IT industry

“We need to recognize that tax incentives played a significant role in the support of IT companies. This measure allowed them to effectively implement their intellectual and innovative potential of <…> to support such dynamics, propose to extend these exemptions until 2023. I’m sure in the next decade [will be able] to make the IT industry one of the key export industries of Russia”

“I have already given a direct order to exclude the interpretation of the work of self-employed citizens as illegal business activities. No need to cling to him on false pretexts. To such reasons did not exist, are asking for next year clearly define the legal status of self-employed people, to give them the opportunity normally and work”

The message of Vladimir Putin to the Federal Assembly. Online stream

“In the next decade, the proportion [of civilian goods] shall be not less than one third of the total production in the defence industry. I want to share with you these plans: in 2016, the MIC will produce a “citizen” of approximately 16.1%, in 2020 it is planned a small increase, by 2025 30% by 2030 at least 50% must be civilian products. I instruct the government to organize systematic work on this task with the participation of development institutions, Vnesheconombank, the REC, the industry support Fund”

Support of volunteer and charitable organizations

“A special sign of our time — a broad involvement of citizens in a variety of charity events and appeals in social networks, the mass media, to raise funds for the treatment of patients to help children quickly find a response. People do it sincerely and unselfishly in response to the dictates of his heart. I ask the Public chamber and the Agency for strategic initiatives to focus on supporting the volunteer and charitable movements of non-commercial organizations”.

The development of a regulatory framework for NGOs

“I instruct the government, together with legislators to complete the formation of a clear legal framework of NGOs — performers of public utility services to establish the requirements for their competencies, not pile up additional bureaucratic barriers”

The improvement of Russian cities

“In 2017-20 billion rubles will be allocated to the regions for the improvement, including single-industry towns”

The creation of programs of savings of natural symbols of Russia

“The next year is declared the year of ecology. I instruct the government to prepare a program for the conservation of the unique natural symbol of Russia, such as Volga, Baikal”.

“Next year, we will launch such projects in other major cities and Metropolitan areas, where about 40 million people. In two years you need to clean up not less than half of the roads. The decision is made, the appropriate funds are scheduled, you only need to work effectively”

“To have our farmers new opportunities to enter the market, it is necessary to pay special attention to the support of agricultural cooperation. Entrust to address this issue the Ministry of agriculture, Rosselkhozbank, Rosagroleasing and the Corporation for development of small and medium-sized businesses. Next year we replenish its capital by almost 13 billion rubles,”

The establishment of competence centres in universities

“Next year at leading universities, including regional ones, will create centers of competence. They are designed to provide intellectual and human resources to support projects related to the formation of new industries and markets. A powerful factor in the accumulation of scientific and technological groundwork for economic growth and social development should serve as a fundamental science” 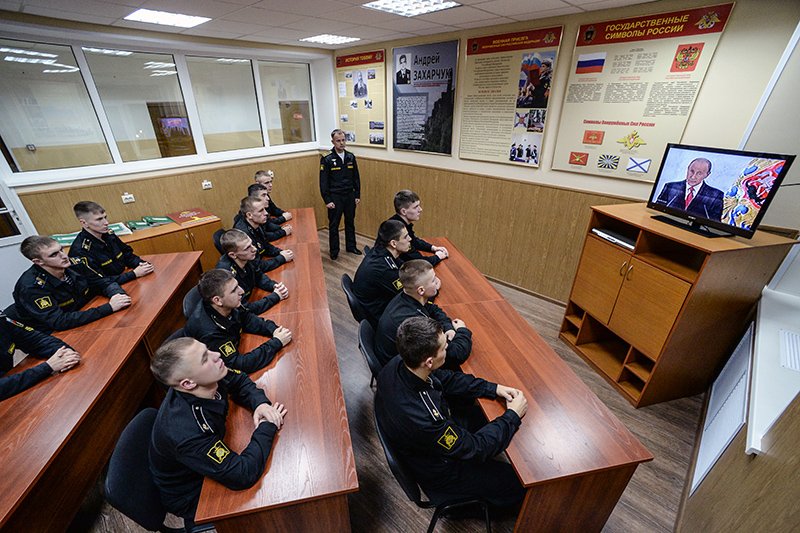 The support of young scientists

“It is crucial to support our talented young scientists, and a lot of them to create in Russia the research team of the laboratory. They will launch a special line of grants for the period up to seven years. For this purpose, as well as the development of research infrastructure, opening of new laboratories only in 2017 already stated resources for science will be allocated an additional 3.5 billion rubles.”

“Speaking of which, we know is (programs for creating new school places — .), first of all, the responsibility of the regional level, but we have decided to support the regions in this important area. Only in the period from 2016 to 2019 it is planned to create 187,998 thousand new places at school”

The creation of regional centres to support children

“How successful has already declared itself an educational centre for talented children “Sirius”. I believe that we need a constellation of such platforms. And recommend to heads of subjects of the Russian Federation to consider the formation of regions on the basis of the best universities and schools centers of support of gifted children”

“I propose in the next two years to connect to high speed Internet all the hospitals and clinics in our country. This will allow doctors to even in a remote city or town to use the possibilities of telemedicine, rapidly to the consultation, colleagues from the regional and Federal clinics. This task is realistic and executable”

“Next year, we need to introduce mechanisms for sustainable financing of high-tech medical care. This will provide an opportunity to further improve accessibility, reduce waiting time of transactions. Hundreds of thousands of complex operations are done not only in major Federal centers, but also in regional hospitals. In 2005, 60 thousand people in Russia received TDC in 2016, will be 900 thousand. We need to move on, but the difference is significant”.