Participation in elections on a post of the President of Austria to accept the two candidates. One of them is dithering Norbert Hofer of right freedom Party. In the event of his victory he will become the first President from the party of the right-wing nationalist since the Second world war.

Another — Alexander van der Bellen — is running as an independent candidate, but previously he was for many years head of the Austrian green Party. Van der Bellen long time in politics, his personal popularity ratings have always been much higher than the level of support for the party as a whole, but before taking part in the presidential elections, he withdrew from its membership, stating that “the President should be above party affiliation”.

Regardless of who wins in Austria for the first time in 70 years there will be a President who is neither a social Democrat nor a member of the Austrian people’s party, as it was since the end of world war II.

The most expensive elections in the history of the country

The vote on December 4 will complete the long and expensive election campaign in the history of the country, the newspaper Österreich.

The fact that presidential elections are held in Austria for the second time this year. Still the result of the vote held in may, was canceled by the Constitutional court. The court found irregularities in the counting of 700 thousand ballots sent by mail, and decided to hold elections again. The victory in may was won by van der Bellen, ahead of Hofer’s less than 1% of the vote, divided them 31 thousand votes.

A new election was to be held on 2 October. However, in September the deadline for the vote is again postponed, this time for December. The reason for the postponement was the poor quality glue for envelopes, which offered to put a ballot in the mail. The envelope was simply impossible to seal.

The cost of an independent candidate van der Bell for 11 months of the election campaign amounted to 7.1 million Euro, the largest donation in its support were made by the Austrian “green”. Hofer reported spent 5.9 million euros.

The increase in terms of the election campaign could not affect the desire of the Austrians to once again Express their will. According to the first published data on early voting by mail, the re-election took 20% less citizens. 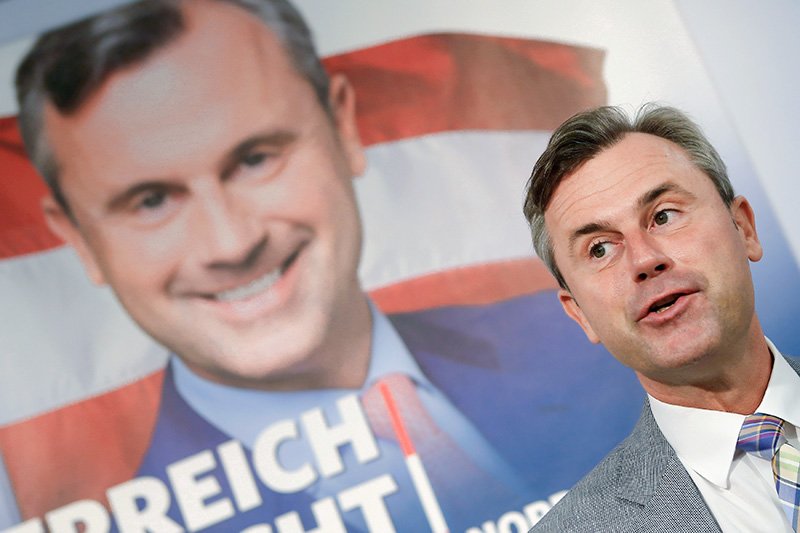 Austria is a parliamentary Republic in which most powers are concentrated in the hands of the Federal Chancellor (head of government). Although according to political tradition, the President performs mainly representative functions, by law, he has a fairly wide Federal authority, shall appoint members of the constitutional court is the Supreme commander. The President also has the right to appoint the government and dissolve the Parliament, which has become a key issue in election debates.

During the election campaign Hofer repeatedly and contradictory spoken about his intentions in relation to the government. In March, he threatened to send the government to resign, if the Cabinet does not change course. Then, after the leader of the social Democrats, Werner Faymann conceded Christian Kern place of the Chancellor of Austria and leader of the party because of the split in its leadership, Hofer changed his mind and said he was willing to wait for the results of the new team. In the fall, he has several times expressed contradictory to the government. During a recent televised debate, the candidate declared that he could no longer hear questions about the fate of the Cabinet from journalists.

However, the fact that the ability to resolve such issues in the hands of a member of the freedom Party, is worrying Pro-European part of the political establishment in Austria and in the EU. For example, according to the Hungarian Institute of Political Capital, over 11 years, the freedom Party became one of the leading Pro-Russian forces of Western Europe. For example, it delegates in the European Parliament regularly vote against disadvantageous Moscow initiatives. Around the same time (with the parliamentary campaign 2006) the rhetoric of the party has noticeably shifted towards Islamophobia and euroscepticism.

During the election campaign Hofer has stated repeatedly that “Islam has no place in Austria”, and threatened to call a referendum on leaving the EU in case of accession to Turkey, or in the case of reforms expanding the powers of Brussels. A year earlier he offered to “integrate” (in fact, append) South Tyrol — Autonomous German-speaking region of Italy. Among the other points of the program of the candidate of the Party of freedom — early parliamentary elections and opposition to the free trade agreement between the US and the EU.

The debate Hofer spoke in favor of the development of closer relations with Russia and neighbours Austria in Central and Eastern Europe, for the lifting of sanctions against Russia, but the charge van der Bell to the intended withdrawal of Austria from the EU denied. “Exit (exit of Austria from the EU. — ) will not. I have repeatedly said that I want the development of relations with the EU in a positive manner,” he said.

Opponent Hofer Alexander van der Bellen has consistently supported Pro-European and Pro-German positions, stressing the importance of relations of Austria with Berlin as its leading trade partner. The situation with the annexation of Crimea, he said, was “very complicated”. Van der Bellen admitted that he would like to see “how this situation would have behaved the United States.”

He accuses Hofer that he “plays” his threat to withdraw of Austria from the EU, and believes that “the most important thing is the solidarity of the member States of the EU”, which will allow Europe to assert rights in the face of Russia or the United States.

During the election debate on 1 December van der Bellen called himself “an ardent Austrian” and said he will do everything possible to establish a “Pro-European” government, described relations with Turkey as “very intense” and admitted that, despite this, not ready to permanently close the issue of Turkey’s accession to the EU. 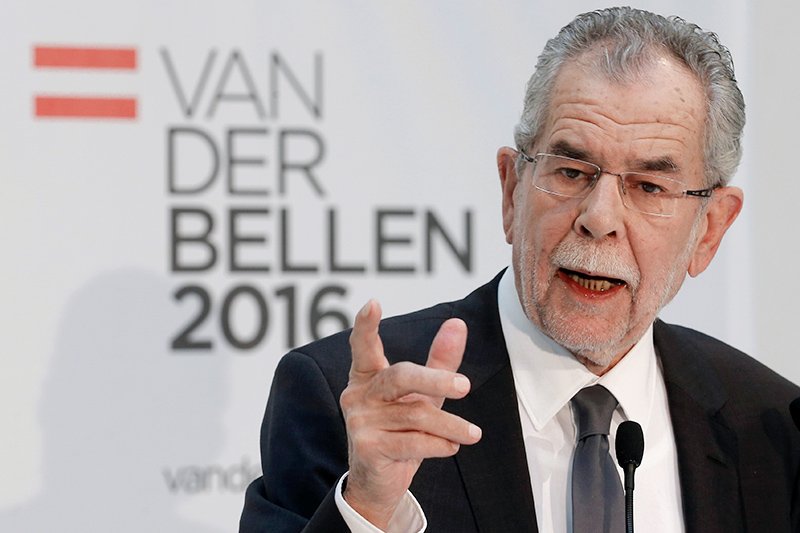 Anti-immigrant sentiment and the fact of the victory of Donald trump in US elections can play a positive role in Hofer, writes The New York Times. According to the authors, as voted by the Americans, will serve as an inspiring example for those who are inclined to support candidates from the populist parties in the polls in Austria, Italy and France.

This conclusion is confirmed by the results of a Gallup poll: 53% of Austrians believe that the victory trump’s play into the hands of Hofer, only 9% believe that it will help defeat van der Bellano.

In Austria besides a strong anti-globalization sentiment — according to a survey conducted by the German Bertelsmann Foundation, 55% of Austrians consider globalisation and open borders, to which it leads, as a threat. The study authors noted that fear of globalization is the defining characteristic of supporters of right-wing and populist parties.

Van der Bellen said he sees no connection between the results of the voting in the United States and elections in Austria, and called the victory trump “a Wake-up call” that has a value not only on the eve of the will of December 4, but far beyond that date.

Hofer responded to the victory trump is much more restrained. He said that this result suggests that the elite are losing the support of voters and will be “forced to leave their offices.”