December 5, 2016, two Russian soldiers (nurse and doctor) died in the result of a direct hit mines in the emergency Department of a mobile hospital in Aleppo.

August 1, 2016 in the province of Idlib was shot down by Russian Mi-8 helicopter. Killed five — three crew members and two officers. The helicopter was returning after fulfilling a humanitarian mission. 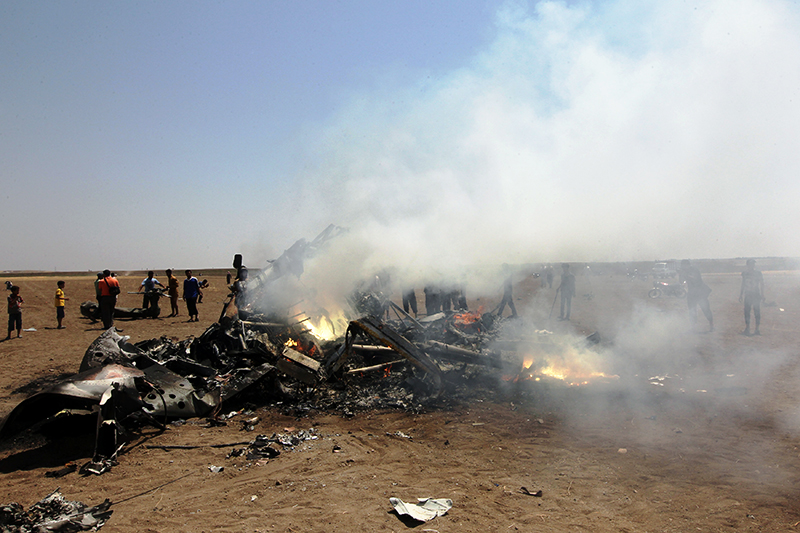 12 August 2016 when the combat mission killed a soldier Asker Bizhoev. He was awarded the order of Courage posthumously.

22 July 2016 when performing combat tasks in the area of Aleppo killed contractor Mykyta Shevchenko. It was presented to the state award posthumously.

July 8, 2016 killed the commander of the 55th separate regiment of army aviation Colonel to Rafagat Khabibullin and pilot-instructor Eugene Dolgin, when the helicopter circled the which they were made, was hit from the ground.

June 15, 2016 province of HOMS killed Andrey Timoshenkov. According to the press service of the defense Ministry, Timoshenkov “have prevented a breakthrough of a car bomb attack, to the place of delivery of humanitarian assistance to the civilian population”.

7 July 2016 Junior Sergeant Mikhail Charokopos died in Moscow from injuries sustained during the shelling of the Russian convoy in Syria.

11 may 2016 killed Anton Erygin. He was seriously injured may 9, during the maintenance vehicles of the Russian Center for reconciliation of the warring parties.

12 April 2016 in the region of HOMS crashed Russian helicopter Mi-28N, killing two crew members, whose names were not disclosed. The defense Ministry said that the helicopter was shot down, and the results of the investigation were not presented.

17 Mar 2016 Russian special forces officer Alexander Prokhorenko died near Palmyra. Of his death March 24, reported the Ministry of defense. According to authorities, a soldier during a reconnaissance mission in the area of Palmyra, when they were surrounded and caused the fire. 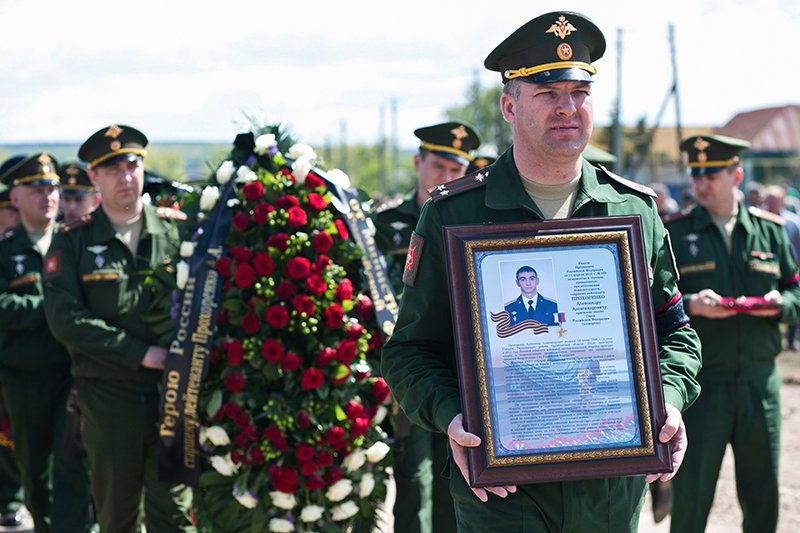 Farewell ceremony with killed in Syria a Hero of Russia, senior Lieutenant Alexander Prokhorenko in the village Towns of Tyulganskiy rayon

24 Nov 2015 marine Alexander Pozynich died during the operation to rescue the crew of the su-24 shot down a Turkish fighter jet. During the operation one of the helicopters Mi-8, which moved the landing, was hit and made an emergency landing. Pozynich received a shrapnel wound in the neck and died.

24 Nov 2015 killed the commander of the crew of the su-24 Oleg Peshkov. The plane was shot down by Turkish F-16 fighter missile “air — air” near the Syrian-Turkish border in Latakia province. 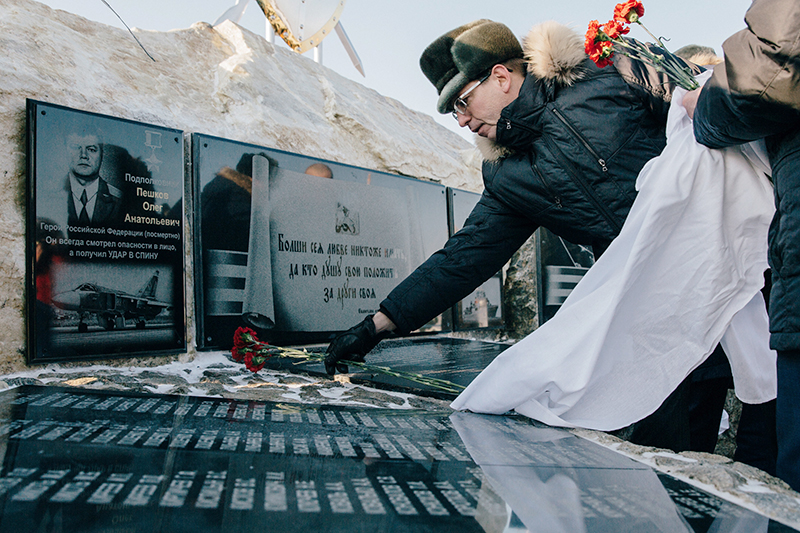 A plaque in memory of the dead in Syria the commander of the su-24 bomber Oleg Peshkov, mounted on the monument of military glory near the village Vozzhaevka

November 19, 2015, killed the captain Fedor Zhuravlev. At the funeral Zhuravlev the commander told his relatives that he died during the special operation against militants in Kabardino-Balkaria. During the meeting with Putin returning from the Syrian military on 17 March the widow of a soldier presented the awards. Later, the press Secretary of the President Dmitry Peskov confirmed to Reuters the fact of death Zhuravleva in Syria.

24 Oct 2015 killed contractor Vadim Kostenko. The official version of death — he killed himself on the base Hamim for disorder “in a personal relationship with a girl.” This version said the defense Ministry the day before the funeral.