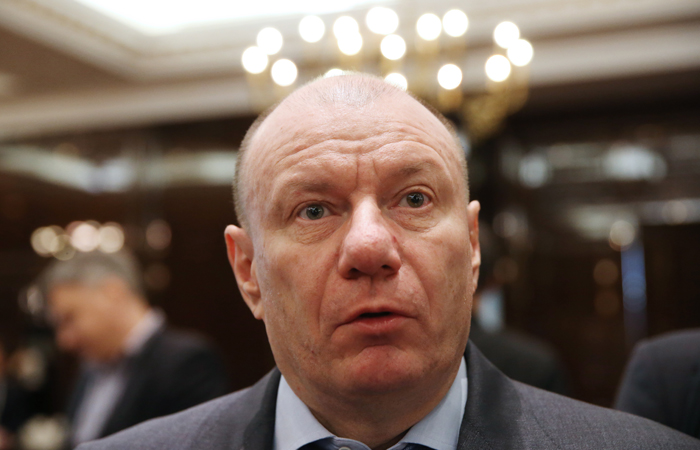 Moscow. 2 Dec. The Moscow arbitration court on Friday rejected the claim of the Ministry of Finance to recover from the owner “Interros” and the Cyprus Investments ltd Interros company Vladimir Potanin $ 68.2 million, reported the correspondent of Agency “Interfax” from the courtroom.

The Ministry of Finance (on behalf of him stands Vnesheconombank) wanted to recover from the defendants losses caused by the liquidation of JSC “Roskhleboprodukt”, which was part of the agroindustrial holding “Interros” “Agros”. The defendants in the lawsuit are, except Potanin and Cypriot structures of Interros, another 7 individuals.

Potanin involved in the business as one of the co-defendants as the ultimate beneficial owner of one of the shareholders of OJSC Fkk Roskhleboprodukt”, explained the Finance Ministry.

The subject of debt – the legal relationship of the parties associated with Russia’s implementation of the agreement with the world Bank (WB) loan of $350 million dated November 16, 1992, stated in the materials the same in fact of the trial 2009-2010, also initiated by the Ministry of Finance (the then defendant acted only “Roskhleboprodukt”, the case was closed in connection with its liquidation). Money of the world Bank, among other things, were intended for the purchase of elite seeds of hybrid maize. The Ministry of agriculture in the decision-making procedure has determined the final recipients of the seeds are procured from foreign suppliers at the expense of the loan. “Roskhleboprodukt” argued in court that he had not received any money or seeds, and only “fulfilled the instructions of the Ministry of agriculture to ensure the implementation of the programme of procurement of seeds.”

The representative Potanin on one of the previous meetings were asked to adduce the report of the Director of the legal Department of the Ministry of Finance at the request of the VEB from December 2015, which describes the risks of the trial in terms of limitations and possible prosecution of the plaintiff in the abuse of the law. The court dismissed the petition.

“Roskhleboprodukt” became part of the holding “Agros”, which was consolidated agricultural assets of Interros, in 2001. In a few years “Interros” came out of the agricultural business and sold the assets of Agros, which has previously invested $100 million.

“Group “Interros” purchased “Roskhleboprodukt” the group of investors in 2001 without any encumbrances and liabilities. We always proceeded from the fact that non-cash obligation 1994, was closed in the late 90’s even before the completion of all stages of privatization “Roskhleboprodukt”, and the Statute of limitations expired in 1997,” – said earlier the representative of “Interros”.