Union by the beginning of December 1991

Three heads of the Union republics: Boris Yeltsin (RSFSR), Leonid Kravchuk (Ukrainian SSR) and Stanislau Shushkevich (Belarusian SSR) have gathered in the Belarusian village of Viskuli on December 7, 1991. A day later it was in the course of this meeting, the parties signed a document entitled “Agreement establishing the Commonwealth of independent States”, better known as the Belavezha accords, in which the parties stated that “the USSR as a subject of international law and a geopolitical reality ceases to exist”.

Joint work on the draft document began three presidents, later joined by three Prime Ministers: Russian Gennady Burbulis, the Belarusian Vyacheslav Kebich and Ukrainian Witold Fokin. According to Shushkevich, for a start, the parties agreed conceptual things: the Soviet Union de facto split, this process is uncontrollable, three of the Republic must maintain its military bundle. 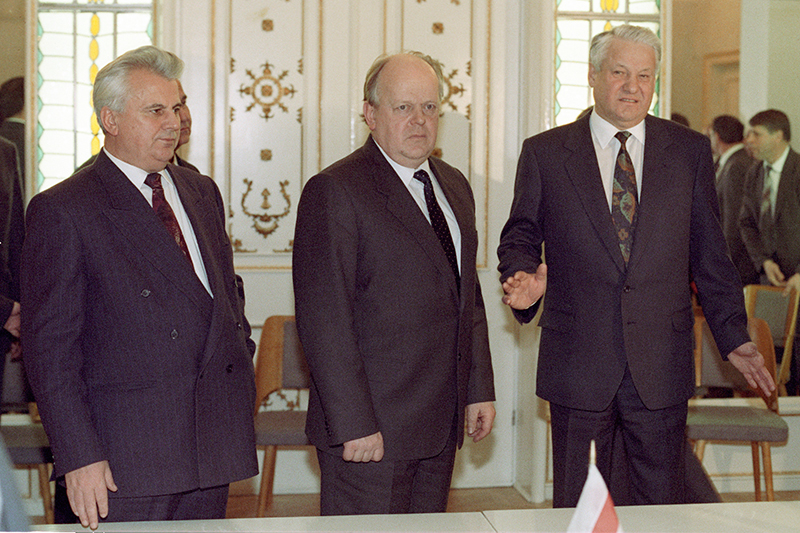 “We agreed that it is necessary to issue an official document and gave instructions to the working group, which included representatives from each side. And it said for the night — make”, — said Stanislau Shushkevich in an interview to “Ogonek”.

“The Russian side is engaged only in those paragraphs that had political goals. They didn’t care what we write on economic issues. Therefore, the economic part created we Fokin… most of all they discussed the fate of President Gorbachev, what about the States that do not participate in the meeting, the scheme of foreign policy and a scheme of defense of the country.” From the memoirs of the head of the Cabinet of Ministers of Belarus Vyacheslav Kebich.

The same Kebich denied later became a folk legend that the text of the Belavezha accords was accompanied by a large amount of alcohol drunk. “During work, when I could formulate a particularly strong phrase, I was given the job: go pour a glass of champagne. Fortified wines and spirits, when we worked, generally not used. Only then, when all is ended,” he recalled.

The end of the group was looking forward to the press. According to the Belarusian journalist Yakov Alekseichik, media workers lived in unheated rural hotel in the village of Kamenyuki on the outskirts of Belovezhskaya Pushcha. “We are there a bit of God soul wouldn’t give for a night… the Journalists went hungry and cold. After 13 hours in the lobby made the white tables and we were told to sign a document,” recalled alekseychik. 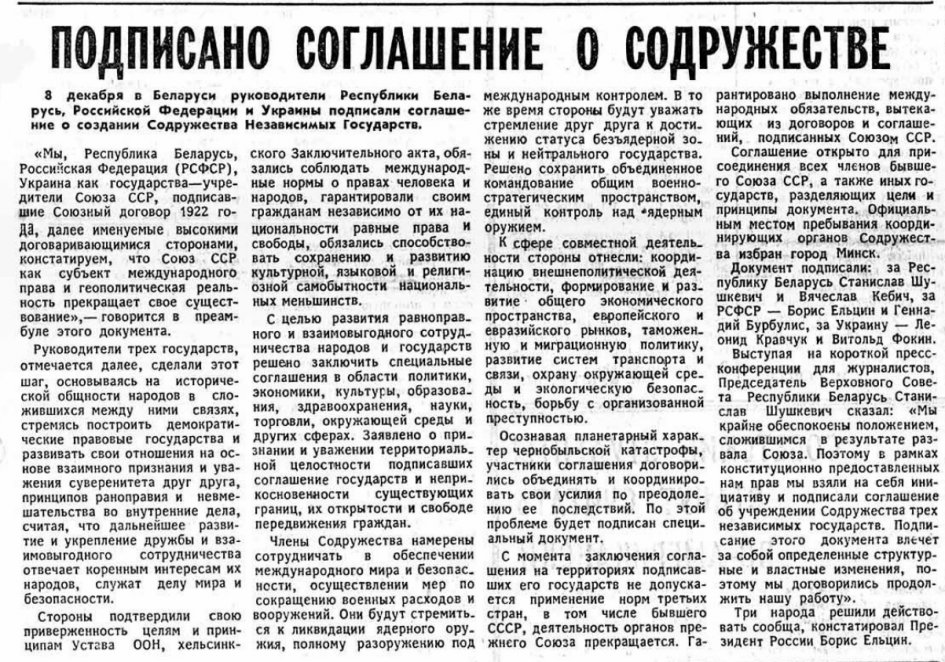 The editorial of the newspaper “Izvestiya” on 9 December 1991

At the time of signing of the agreement between Yeltsin, Shushkevich and Kravchuk President of the USSR Mikhail Gorbachev gave an interview to Ukrainian television in which he talked about the need to preserve the Union, arguing his words that he is interested in this multinational people.

“I get a lot of information. A month ago there was a poll in Kiev, Moscow, Leningrad, Krasnoyarsk, Alma-ATA, Novosibirsk, I think. Data are known. Now almost in the same places, carried out a new survey. And here in Moscow, 80% were in favor of the preservation of the Union, of course, updated, new. In Kiev, the 64% of respondents in Alma-ATA — 72%,” — said Gorbachev.

In that moment, when in Belarus the heads of the three republics signed the Treaty, effectively putting an end to the existence of the Soviet Union, Gorbachev said that the decentralization of power in the Soviet Union will not give any positive effect, and only spray the managerial bureaucracy on the level of the republics.

“Well, we’re all stupid? In Spain, in Madrid, Bush, king Juan Carlos Gonzalez three hours convinced of the need to preserve the Union. It’s amazing. Until then, we lived… Walesa, President of Poland, called on our television to support Gorbachev in his quest to preserve the Union, not to divide the country… Otherwise collapse. And will all die in this collapse,” — said Gorbachev. 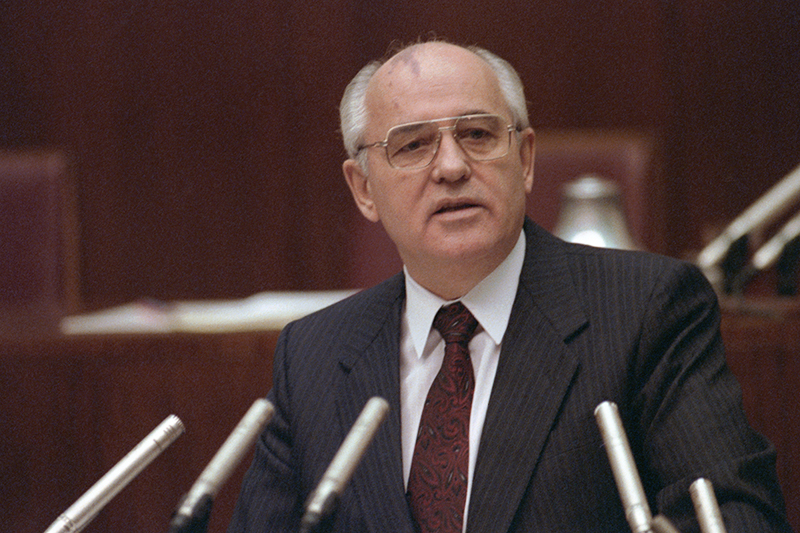 Fragments of an interview of Gorbachev went on the air in Moscow and Kiev TV, but the text of this interview has not appeared in any of the Newspapers.

“Midnight. Just radio brought the news: Yeltsin, Kravchuk, Shushkevich announced the dissolution of the Soviet Union as a subject of international law on the invalidity of all laws relating to him as a state. Agreed as to co-Finance the defense… About the economic mechanism agreed in December.

Before I half hour listening to recorded an interview yesterday, M. S. [Gorbachev] (on Ukrainian TV), where he violently and passionately argued that “break” is impossible, and that the rejection of the Union — death to all. The interviewer-the Ukrainian words are not allowed to insert… Promised over the heads “of these new politicians have emerged over the two years,” appeal to the people, and if he has another “means that he now will not speak”. In short, from now on, I live in another state — Russia, and I have actually unemployed”. Anatoly Chernyaev, “the diary of the assistant to the President of the USSR”

The 8th of December in 1991, fell on a Sunday, so the Soviet media reacted to the news from Belarus until the next day.

Other news of the day: 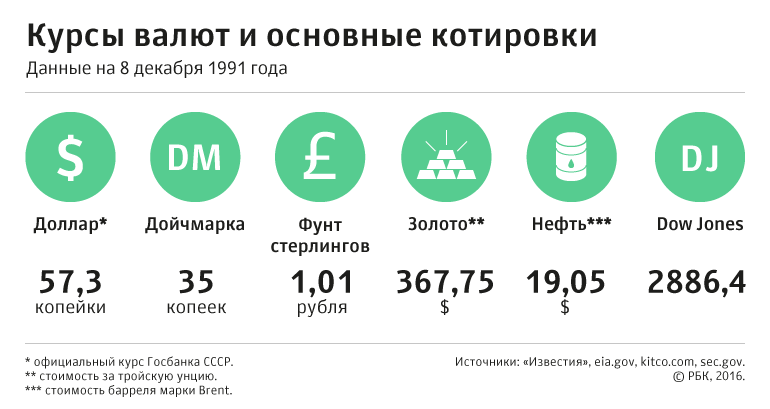