On 9 December issued a statement of the President of the USSR Mikhail Gorbachev, who became its first official comment on the agreement signed in Belarus the previous day.

Gorbachev said that the document was adopted hasty and “so deeply affect the interests of the peoples of our country, the entire world community that demands full political and legal evaluation”.

“The agreement expressly declares the dissolution of the Soviet Union. Of course, each Republic has the right to secede from the Union, but the fate of the multinational state cannot be determined by the presidents of the three republics. This question should be decided only by constitutional means with the participation of all sovereign States. Illegal and dangerous the statement of termination to the Union’s legal norms, which could promote chaos and anarchy”. 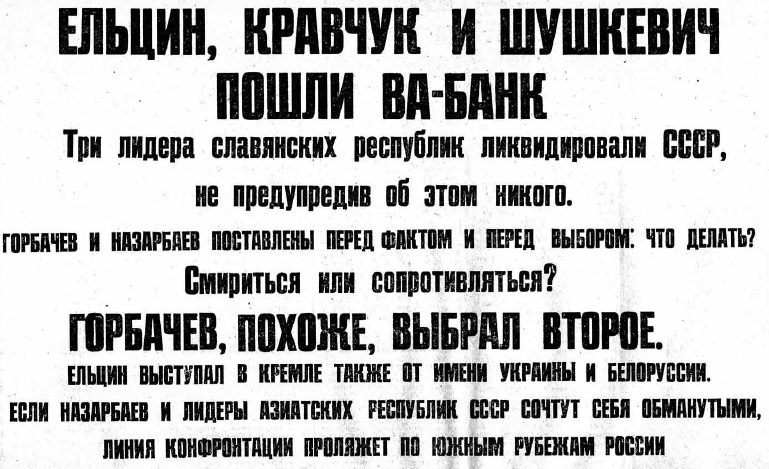 Editorial in “Nezavisimaya Gazeta” of 10 December 1991

Day 10 Dec elected at popular elections the President of Kazakhstan Nursultan Nazarbayev has visited the Russian capital, where he met with Boris Yeltsin and Mikhail Gorbachev.

After the meetings, Nazarbayev gave a press-conference on which tried to explain its position. He was clearly not pleased that Kazakhstan became a participant of the negotiation process that culminated in the signing of the Belavezha accords, therefore, remained extremely cautious in their evaluation. And stated that the agreement of the three Slavic republics should be considered as only one of the options for a new Union Treaty.

“In the draft Treaty on the Union of sovereign States (a new Union Treaty, which sought the adoption of Gorbachev. —) provides a place for the President and the Federal government. In the Minsk document is nothing there. I relate differently to Gorbachev, repeatedly criticized him, but I think that he has not yet exhausted all its possibilities. In this difficult transitional time, I think it necessary”, — said Nazarbayev.

Thus, answering the question of what he would do if the Minsk agreement will be more progressive, Nazarbayev said that will come as a pragmatist and will “start from the reality”.

Report from the press conference of the President of Kazakhstan showed in the evening news.

The reaction in the republics

The main news of the day came from Armenia: President of the Transcaucasian Republic issued a statement in which he fully supported the agreement on creation of the new Commonwealth. It is calculated as a historical step to a radical updating of relations between the former Soviet republics.

“Since Armenia adheres to the principle of participation in all creative processes, we fully support the initiative of the Slavic States and ready to discuss seriously the question of joining the Commonwealth”, — said in a statement.

The statement of Ter-Petrosian went on all international agencies, which described it as “a pleasant surprise” for Yeltsin and his new allies. 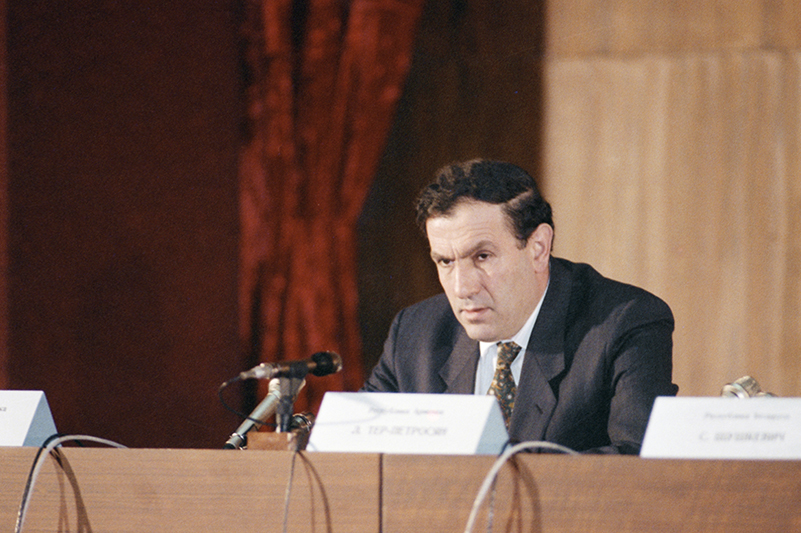 In the Russian press publish reports from the Union republics, which told about the positions of the authorities of these republics on accession to CIS. The example of Armenia has no consequences in the republics decided to wait, watching the positional struggle of Yeltsin and Gorbachev. 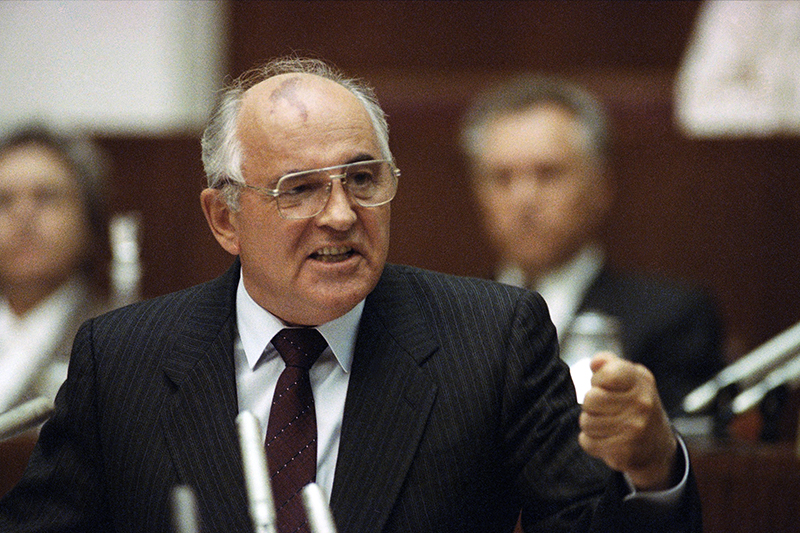 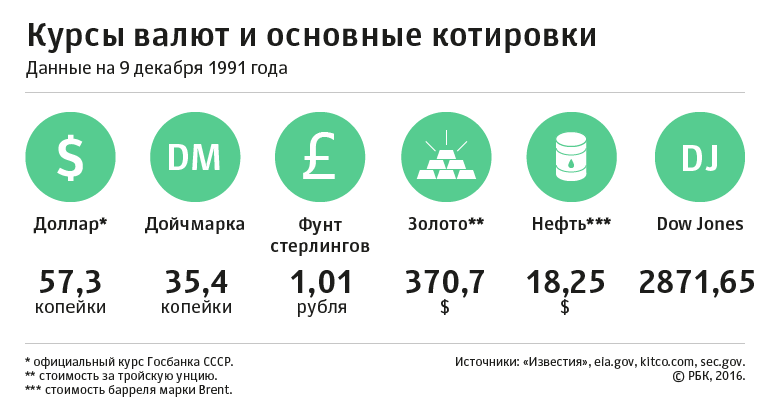