Ratification of the agreement on the CIS in Moscow

The meeting of the Supreme Soviet of the RSFSR began at 10 a.m. with a speech by Boris Yeltsin. Before you ask audience members to support the agreement concluded by the heads of the three republics in Belarus, he said that the only alternative to agreement is a “further disintegration”.

Yeltsin highlighted the key provisions of the Treaty: 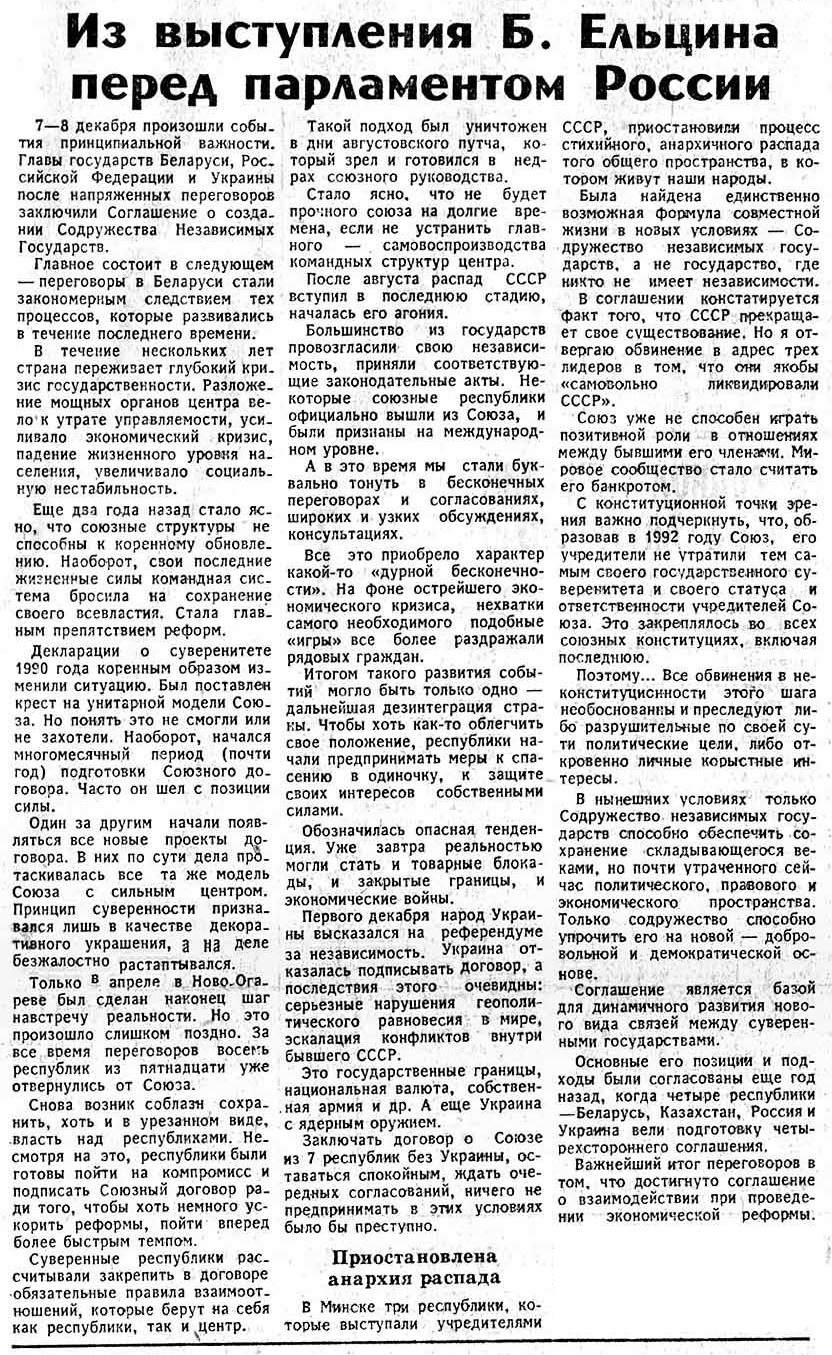 The front page of the evening edition of the newspaper “Izvestia” of December 12, 1991

Article 104 of the Constitution of the RSFSR

After questions and answers the deputies were given an hour for discussion, then after a short debate a vote was held. The participants were 201 people. Voted 188 deputies, seven abstained and only six people voted against. The results of the vote was greeted with prolonged applause.

This news made a dismal impression on the deputies of the Supreme Soviet of the USSR, parallel to the meeting in the Kremlin. This body still continued to work, but in fact has virtually no influence on the situation in the country. Another blow for allied parliamentarians was the news that the Belarusian MPs were recalled from the Supreme Council by the decision of the Republican Council.

The meeting lasted about 20 minutes, the hall was filled with almost a third and on the podium sat only four people.

In the evening in the Small hall of the presidential Palace in Ashgabat brought together the presidents of Kazakhstan and Central Asia. Around midnight the head of Turkmenistan Saparmurat Niyazov told reporters about the meeting.

“The desire of the leaders of Belarus, Russia and Ukraine to create on the site previously disenfranchised republics of the Commonwealth of independent States is perceived by us with understanding. The entry of all the republics in the CIS on the rights of the founders, that is, on absolutely equal rights is our main condition,” — said Niyazov.

He added that in December the leaders of the five countries participating in the meeting in Ashgabat will meet in Alma-ATA the heads of the three Slavic republics. The meeting may be signed octagonal knot. the agreement establishing the Eurasian Commonwealth of independent States.

Soviet President Mikhail Gorbachev was supposed to have a meeting with deputies of the Supreme Soviet of the USSR. She was supposed to start at 16 o’clock, but ultimately did not take place.

In the evening Gorbachev held a small meeting with journalists, in which he said that if the Republic will approve started in Belarus the process of creating a new community, he will agree with this choice and are ready to participate in the process. He said that remains a supporter of the Confederate States, but is ready to do everything to the choice of the people occurred in the constitutional framework.

“For the first time in a normal, ordinary day, coming to my office, I saw that there is no case <…> the day — not a single service call.

The evening [Gorbachev] called me. Sad. Asked about his impressions of the Russian Parliament, which ratified the Belavezha agreement… marveled At the insults cosmonaut Sevastyanov who has declared from the rostrum of the Parliament, the document is weak, but well that the “Gorbachev era” is over. Small, thick people! The era of Gorbachev is just beginning!” Anatoly Chernyaev, “the diary of the assistant to the President of the USSR” 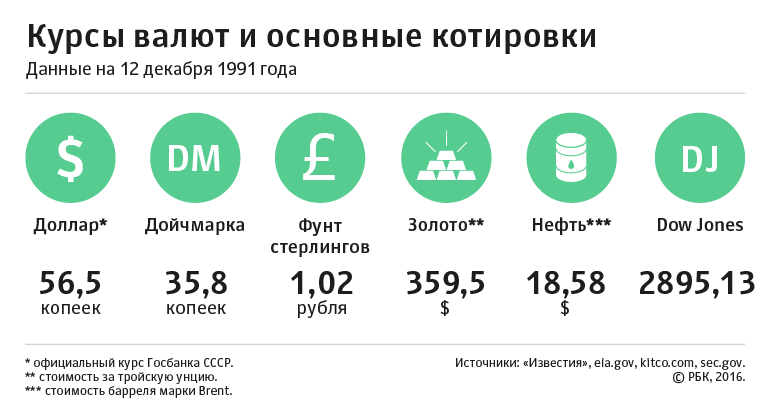