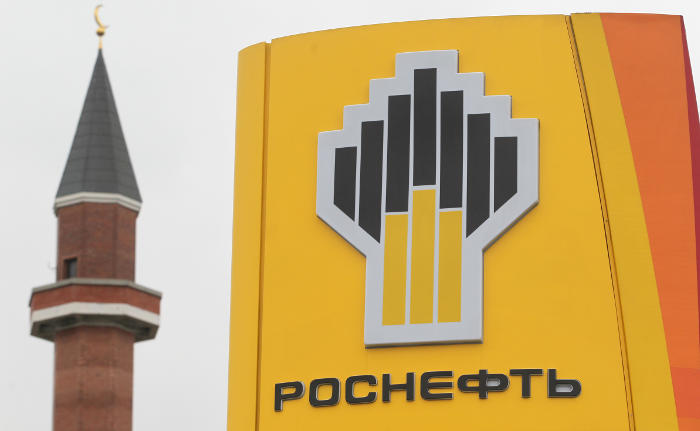 Moscow. 10 Dec. A consortium of investors consisting of the sovereign Fund of Qatar (Qatar Investment Authority, QIA) and the Swiss trader and producer of raw materials Glencore on Saturday signed an agreement to purchase a 19.5% stake in Rosneft from state holding Rosneftegaz, said the oil company.

The consortium will pay 692 billion (10.2 billion euros). The transaction amount was calculated based on the closing price of trading December 6 – 352,65 RUB per 1 share of “Rosneft” and the government previously agreed 5% discount. Thus, the price for 1 share in the transaction will be 335,02 of the ruble.

Another 18 billion roubles will pay to the budget “Rosneftegaz” (after the sale of 19.5% maintains control in NC) is due to additional dividends on a share “Rosneft” in the framework of the new dividend policy approved by the Board of Directors of the company in preparation for the deal, the report said. In the end Russia will get 710,8 billion rubles – as ordered to transfer to the budget following the transaction, the governmental Directive.

QIA and Glencore invest 2.8 billion euros ($3 billion) of equity capital in the transaction. The rest, i.e. about 7 billion euros, will give banks. The main creditor of the consortium, together with a number of banks, will be Banca Intesa Sanpaolo (consultant of “Rosneftegaz” in the privatization transaction), organized the financing without recourse, secured by the purchased shares. Risk Glencore as shareholder through the consortium and structured agreement will be limited to the level of 300 million euros ($318 million), according to Rosneft. Glencore in its report, adds that the company is part of the obligations – a provision for maintenance obligations in the amount of up to EUR 1.4 billion – hedges via an unnamed Russian banks.

The Board of Directors of “Rosneft” December 7, approved the strategic cooperation agreement QIA and Glencore, with the company providing additional opportunities for further work with new investors, including the development of mining projects, logistics and trading business.

The Council also approved changes in the dividend policy of Rosneft. According to them, dividend payments in the foreseeable future will be not less than 35% of net profit according to IFRS (previous version provided for the payment of not less than 25% of the profits, while in 2015, “Rosneft” has paid 35% – it was the result of a compromise with the government, which on the background of the budget deficit demanded from state-owned companies to give half the profits). The payment of dividends on the new policy provided twice a year.

Glencore will also conclude with “Rosneft” the agreement on oil supplies. In the message, its parameters are not named, but informed Glencore reported that 5-year contract adds to the portfolio of a trader of 220 thousand barrels of oil per day, that is about 11 million tons per year.

“We welcome the entry of the Qatar Investment Authority and Glencore in share capital of the company, it is really strategic investors. I am sure that working together will create synergy for the shareholders of Rosneft, including through further investment partners in the projects of the company”, – quoted in the message words of the head of “Rosneft” Igor Sechin.

“We implemented the integral privatization deal, unprecedented in its complexity, is the largest in the history of the country. A synergistic effect considering the sale of “Bashneft” will provide significant revenues to the state, separately decapitalizing residual control and the state’s stake in Rosneft. In extremely unfavorable external environment were carried out extensive work to find interested strategic investors with the long term interests of the Russian oil industry and the state as a whole”, – said Igor Sechin.

The President of QIA, Sheikh Abdullah bin Mohammed bid Saud al-Thani said that the purchase of a 19.5% stake in Rosneft “demonstrates our strategy of investing in high-quality assets with strategic partners around the world to generate long-term financial returns”.

Glencore’s head Ivan Glasenberg, in turn, expressed hope for “fruitful cooperation (Glencore) with both sides in the Russian and world oil markets”