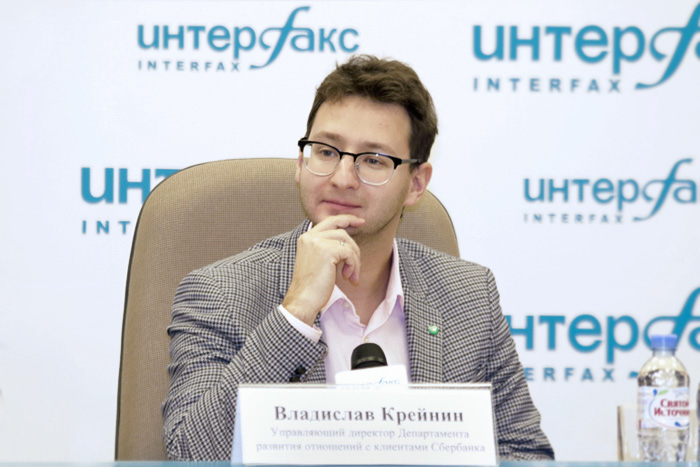 Moscow. 9 Dec. Geography of the project “Special Bank” to cover not only Moscow, Moscow region and St. Petersburg but also other cities of the Russian Federation in 2017, said the managing Director of Department of development of relations with clients of Sberbank Vladislav Kreinin at a press conference in the Central office of Agency “Interfax”. The project is implemented jointly with MasterCard international payment system, the pilot phase will finish at the end of December this year.

The project “Special Bank” designed for the elderly, disabled customers and people with disabilities. It is planned to adapt all service channels of the Bank – physical space, digital environment of communication. The Bank also has the intention to introduce them to new communication channels and new banking products.

Currently, the representatives of Sberbank joined the working group, organized by the Central Bank of the Russian Federation, where will be studied the experience of creating barrier-free environment in the banking environment. Thus, the pilot project of the savings Bank could have an impact on the election decisions on equipping the Russian banking offices, as well as forming products for a wide but special class of individuals, says Kreinin.

The project “Special Bank” will work as a long-term, while its implementation calls for funding within the approved by Sberbank’s General investment plan. The project involves the creation of an accessible environment for handicapped people, people older than 55 years, facing limitations when using banking services, as well as for disabled people in various categories of diseases, with disorders of the musculoskeletal system, visually impaired and hearing impaired.

“Today, in the framework of the project in Zelenograd near Moscow launched a service that allows people who are not able to reach the office of the Bank, to home banking services”, – said Kreinin. He added that under the pilot project are the purchase of ATMs adapted to the problems of customers with limitations in vision and hearing, discusses the organization of space in offices. Planned adaptation decisions on the website of the savings Bank, will be used the font for the blind. In the future, experts are aiming in negotiations with insurers to create special services for disabled clients for such lines of business as travel insurance, accident insurance and other. (The standard program, the occurrence of disability is considered the result of a sudden event insurance).

About 90% of the financial resources in my life all these categories of people receive through Sberbank as social benefits.

The main conclusion of the study the main barrier to creating an accessible environment lies in the field of communications, it is the so – called “human factor”. The share of this factor in the list of barriers is 80%.”We are talking about the mental and emotional obstacles to dealing with this customer group,” said Kreinin.

Therefore, according to him, the head of Sberbank German Gref recently appeared before the public in day of persons with disabilities in simulation suit GERT, which allows its wearer on their own experience to feel to experience when visiting the Bank office people with problems in the musculoskeletal system, problems of vision and hearing. “After I briefly stayed “in the shoes” GERT, my speech became quieter and slower, it was noted by my colleagues,” admitted Kreinin.

The organizers of the project “Special Bank” has told that in St.-Petersburg the presentation of the project using the GERT suit, which followed Moscow, was stormy. She lasted three times longer in the queue wanting to try imitation suit were journalists, bankers, athletes.