Boris Yeltsin gave an interview to the Italian newspaper La Repubblica, which said that the former Soviet government after the agreement signed in Belarus, is no more. According to him, the last allied structures will come under the jurisdiction of Russia not later than mid-January. 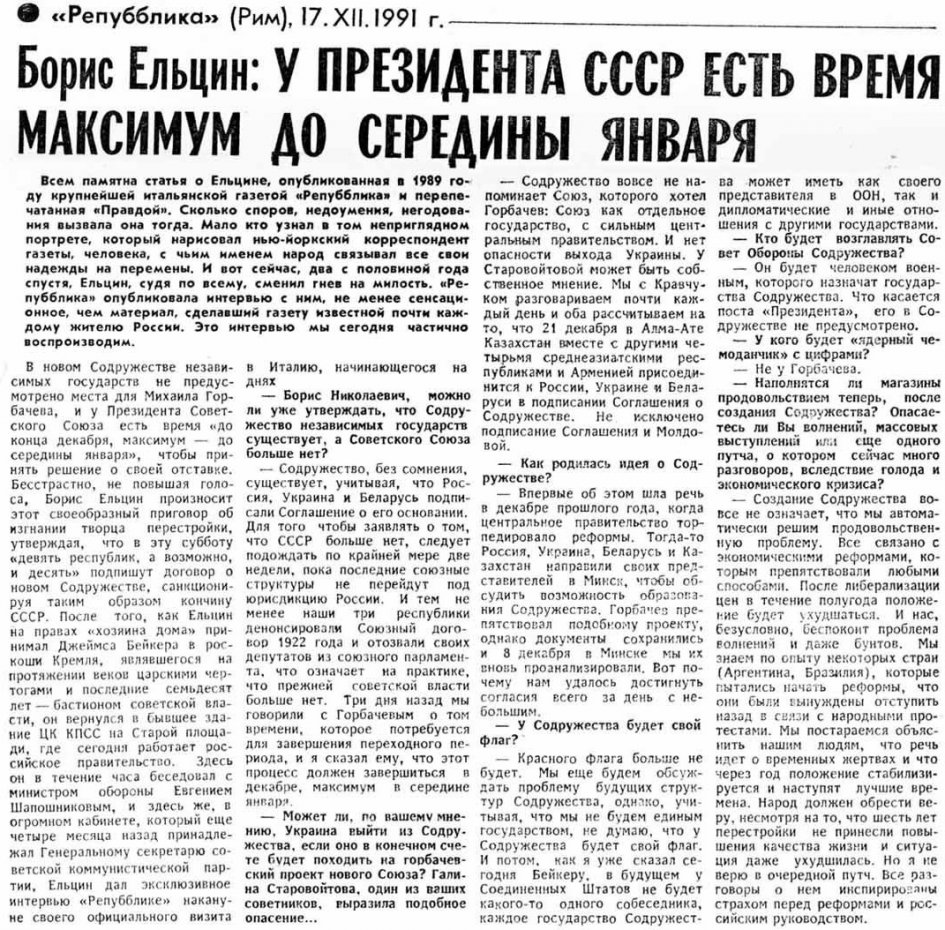 The Resignation Of Popova

Moscow mayor Gavriil Popov said that he was going to resign. The first national elected the head of the capital did not agree with the Russian government, which insisted on reforms in Moscow in the time frame of the Cabinet of Ministers unilaterally, without regard to the special situation of the city. Moreover, Popov did not agree with the fact that the Russian Parliament refused to legislate this special status of Moscow to issue.

Popov said that the Russian policy of liberalization of prices, combined with the commercialization of trade will create additional difficulties and that he is prepared to approve it only in conjunction with “landslide privatisation”. He also believed that reform is impossible without the creation of a new mechanism of power.

Confirming the rumors about his resignation, Popov stated that he had taken an informed decision. However your post he will leave only at the beginning of June 1992. 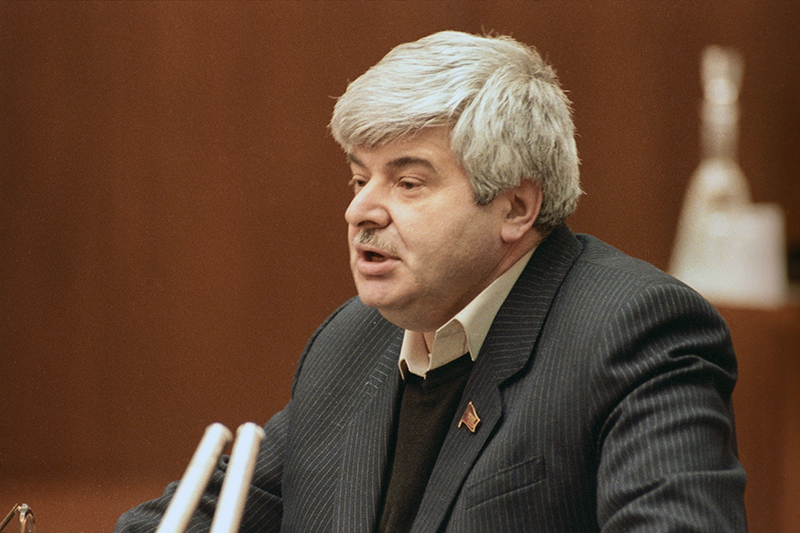 Moscow mayor Gavriil Popov in the meeting room of the constituent Congress of the “Movement for democratic reform.” 23 Sep 1991

The emergence of cellular communication in Moscow

The company “Moscow cellular communications” (MCC) announced the beginning of the test the country’s first wireless system (or, as it was then called, wireless) communication.

“The essence of it is this: the caller in any part of the city not associated with a switch of a wired communication and causes the desired number on the radio. Signals are broadcast transmitted on a strictly prescribed frequency, catch transceivers scattered in a specific pattern in the city. These areas are the “honeycomb”, — explained in his article, the newspaper “Izvestia”.

The system began testing, however, in MSS hastened to announce the tariffs for cellular services. The connection will cost $995, monthly fee is $50, the cost of one minute call will be $0,6. The purchase or rental of telephone, long distance and international calls will be charged separately.

“As for the prospects of most cellular, it is possible to deploy similar networks in different regions of the country and their link to each other. Planned to create a wireless corridor between Moscow and St. Petersburg, which will include many towns and villages along the route, with subsequent release of the system in the Scandinavian countries”, wrote “Izvestia”. 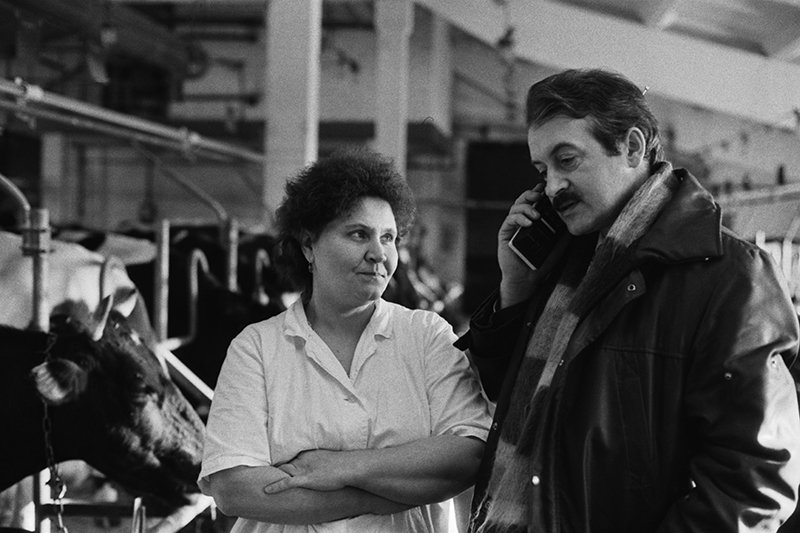 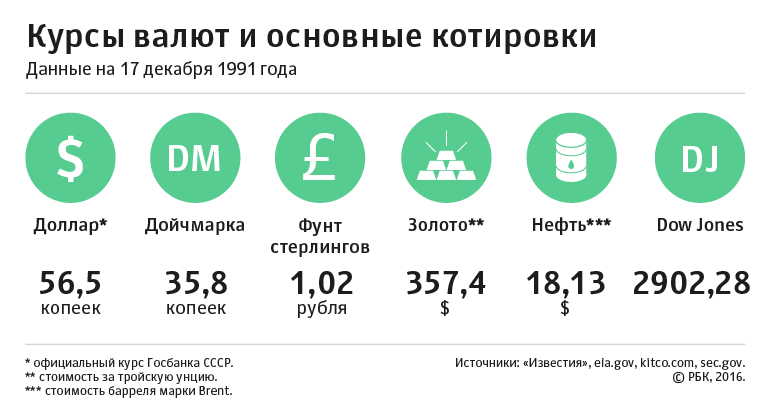