Meeting of the Russian government

The Cabinet of Ministers of the RSFSR discussed preparations for the summit in Alma-ATA, which will be held on December 21. It will meet the leaders of the heads of the independent States of the former Soviet republics. On results of meeting to journalists said Deputy Prime Minister Gennady Burbulis.

He said that his intention to join the CIS, thus joining Russia, Ukraine and Belarus, has said Kazakhstan, Armenia, Uzbekistan, Kyrgyzstan, Tajikistan and Turkmenistan. The tenth member of the new community can become Moldova. “Her position is not yet expressed in connection with the difficult situation in the Republic, but we know that such willingness, in the words of President Snegur, there is,” said Burbulis.

He noted that the meeting in the capital of Kazakhstan proposed the concept of a defensive Alliance, and will also be a discussion about governance in the CIS. According to him, there are several options: the leaders of the republics can join the Council of heads of state, heads of government Council and the Council of defence.

Burbulis also answered the question of what political future for Gorbachev.

“We are most correct and with all respect to Mikhail Gorbachev as a politician and intend to propose and support the solutions that will ensure a decent respect for his deeds in the present, past and future. We eliminate the pejorative tone in his address and guarantee a higher moral stance on this issue. As for the question, in what role could participate in the new formation of Gorbachev, it depends only on him.” Gennady Burbulis, 18 December 1991. 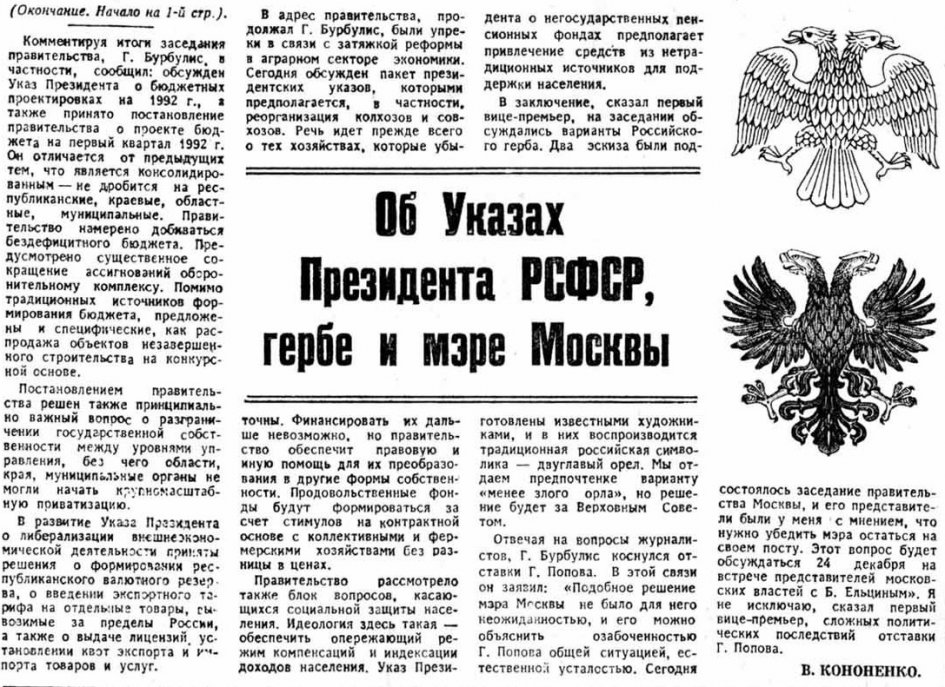 U.S. Secretary of state James Baker went on a trip for the former Soviet republics. In the morning he visited Bishkek, and in the afternoon went to Alma-ATA, where he met with President of Kazakhstan Nursultan Nazarbayev. The meeting lasted two hours, the focus during it was given to the issues of nuclear weapons.

Baker expressed satisfaction with the meeting with Nazarbayev, noting that the issue of security of Soviet nuclear weapons to be affected at all his meetings with the leaders of the new republics. He noted that the US has concrete proposals to them and to Gorbachev about the security and dismantling of the Soviet nuclear Arsenal. For these purposes, the congressional appropriation of $400 million, however, said Baker, the American side seeks to avoid interference in the internal political debate in the former Soviet republics.

Nazarbayev noted that during the upcoming summit in Alma-ATA he was going to propose the creation of a single center of command of nuclear weapons of four republics — Russia, Ukraine, Belarus and Kazakhstan. He added that he is ready to give guarantees of non-proliferation of nuclear weapons, which in the end should remain on the territories of these republics.

Interview of Yeltsin and Gorbachev

Boris Yeltsin ahead of his visit to Italy, due to begin on 19 December, gave another interview to the Italian media, this time state television. In it, he answered the question about the mistakes of Gorbachev.

Gorbachev himself spoke with German TV channel ARD and told reporters that his positions on key issues, “in spite of external impression coincides with the position of Boris Yeltsin at least 80%.”

The future of telephony

Minister of communications Vladimir Bulgak in an interview with “Izvestia” shared plans for the development of the wired telephone network in Russia. According to him, currently the whole country has only one international telephone station — she is in Moscow and is able to simultaneously serve only 3.2 thousand channels of communication. “For example, you can say that Germany has 17 such stations, and their capacity exceeds 40 thousand channels,” he said.

Bulgak stated that to improve the overall capacity of the international connection in Russia will build three more telephone stations — two in Moscow and one in St. Petersburg. Additional fiber-optic lines for communication with the European countries decided to build a Baltic sea, a project worth $84 million came from the Danes.

Be financed by the project will be at the expense of Western investors. “It’s the economic benefits that would be provided telephone company, having a stable relationship with the business world of Russia”, — said Bulgakov. He also added that in telephone tariffs for citizens of Russia in 1992 will increase by at least threefold. 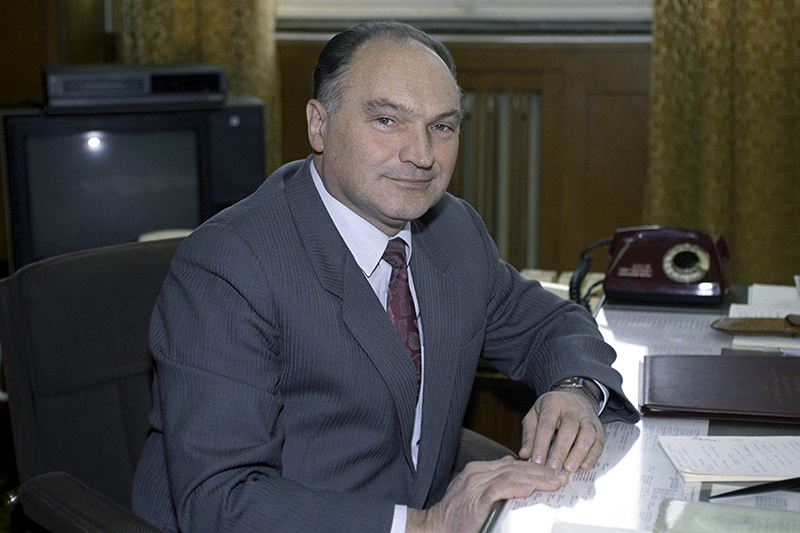 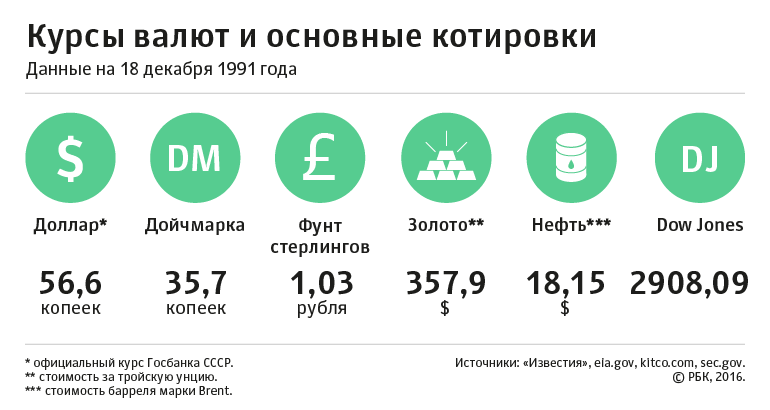