The preparations for the summit in Alma-ATA

See you in the capital of Kazakhstan, which should gather the leaders of the former Soviet republics, remains only two days. The place is in full swing preparing for the event: it is expected that it will arrive more than 400 journalists, including more than 120 foreign.

Observers wonder how many leaders will come to Kazakhstan. This, apparently, will directly impact on the CIS: after the end of the summit it could be eight to ten States. The heads of the republics will arrive in Almaty on 20 December, the summit will start a day and will last for two days.

Russian President Boris Yeltsin, meanwhile, went on an official visit to Italy. It will last two days, the Russian leader was invited by President Francesco Cossiga. Before leaving for Rome Yeltsin said that the main purpose of his visit is recognition of the Italian side of the Russian statehood and the establishment of diplomatic relations.

Another important topic of the talks was the granting by Italy of loans and food supplies in the Russian Federation. This question was solved positively in the first day of the visit it became known that Italy will provide Russia with approximately $1.25 billion.

In another interview with the Italian press Yeltsin said that Gorbachev should resign from the post of President of the USSR until the end of December. The announcement came amid rumors that the Soviet leader had already written a letter of resignation with an open date. In the Kremlin this information was quick to refute. 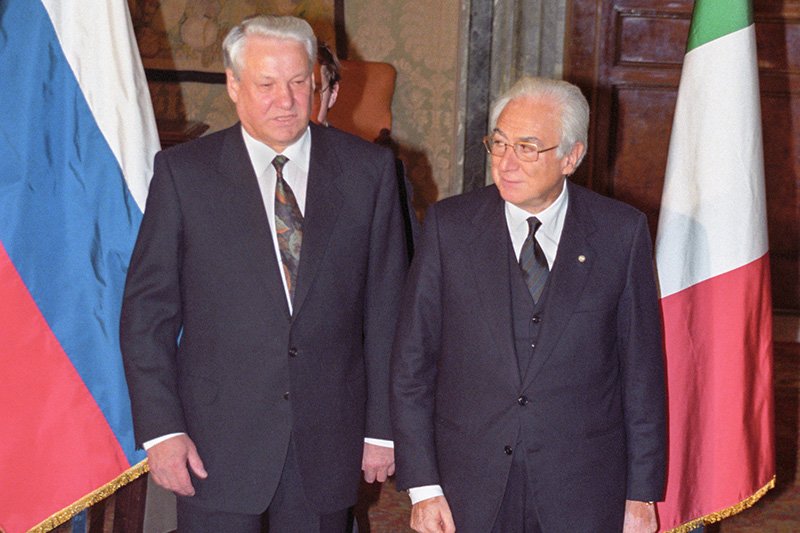 The President of the RSFSR Boris Yeltsin (left) and Italian President Francesco Cossiga before the talks in Rome. 19 Dec 1991

The President of the USSR on the eve of the meeting in Almaty had prepared an appeal to the participants of the meeting, which was published in the leading Russian media. He said he wants to share with them the reasons how should be the relations between the republics and what place they occupy in the world community. “I think I have this right, the moral and the political,” wrote Gorbachev in his letter.

Soviet President singled out several provisions, without which, according to him, the new Commonwealth will not be able to become independent in modern conditions:

In his letter, Gorbachev proposed and the most suitable, in his opinion, the name for the new entity: the Commonwealth of European and Asian States (SEAG).

The abolition of the KGB

Signed on 19 December Yeltsin the decree has eliminated two of the state security Committee and the two ministries of internal Affairs ceased to exist as a Union, and the Russian structures. 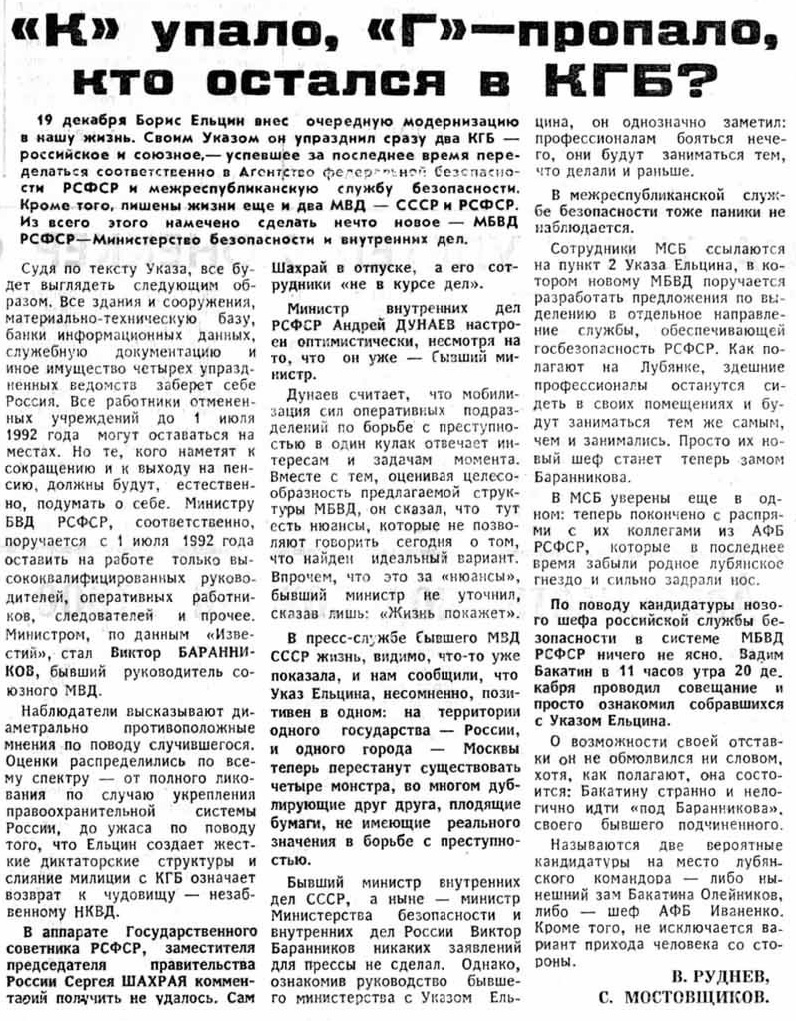 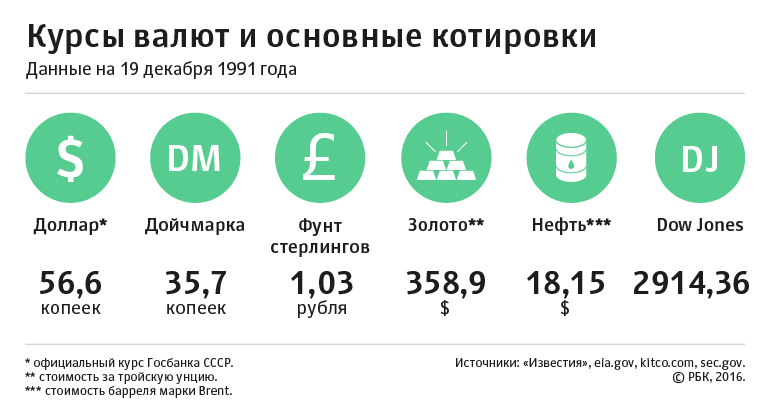