The results of the meeting in Alma-ATA

The conference in Alma-ATA, which was to answer most questions about the fate of both the USSR and the new Commonwealth of independent States, was more than successful. Before the meeting, it was not full of confidence about what will be new, advanced CIS: many assumed that it will include eight to ten republics.

In the end, the Declaration was signed by leaders of 11 countries: at the last moment they were joined by Azerbaijan. Of the former Soviet republics in the CIS did not want to be only four: Latvia, Lithuania, Estonia and Georgia.

During the meeting in Alma-ATA, it was noted in the Russian press, has managed to overcome the “awkwardness” in a relationship “Minsk Troika”, have signed the Belavezha accords, and “the Ashgabat five” (Kazakhstan and Central Asian countries), which joined the work on creation of the CIS at a later date. A final Declaration was adopted, in fact, on the conditions of the Asian republics, which demanded that all the republics joined the Commonwealth on equal terms.

The next meeting of the CIS heads of States scheduled for 30 December 1991, she was chosen Minsk.

The main provisions of the Declaration:

The opinions of the participants of the meeting shared the problem of the nationality of the inhabitants of the former Soviet republics. The head of Uzbekistan Islam Karimov stated that they will have dual citizenship — of the Republic, and the CIS. This caused protests from the President of Ukraine, Leonid Kravchuk, who said that no citizenship of the CIS should not be, and all such issues should be resolved directly between the republics themselves. Yeltsin noted that this question can not be unified opinion, and each Republic has the right to take an independent decision.

One of the issues that the participants of the meeting discussed privately, was the fate of Soviet President Mikhail Gorbachev. Russian President Boris Yeltsin said that he should be provided necessary conditions for the existence of the pension. The head of Kazakhstan Nursultan Nazarbayev said that he intends to do everything possible in order to carry out the first and last President of the USSR with maximum honor, in no way usamu his vanity.

Soviet President Mikhail Gorbachev did not publicly comment on the outcome of the Almaty meeting. According to his memories, the day he held a telephone conversation with President of France Francois Mitterrand.

“She is kind and friendly, as always — I felt that he understands what happened <…> [I] briefed him on the decisions taken in Alma-ATA. Confirmed that I intend to reckon with the realities and I will do everything that the Commonwealth gained the normal pace of development, stressed their interest in the new interstate Association became viable.” Mikhail Gorbachev, “Dec-91”.

Gorbachev told Mitterrand that in the coming days will announce its decision to leave the post of President of the USSR and will look for new forms of activities to “keep a huge business, which we began including in collaboration with France, its President personally.” 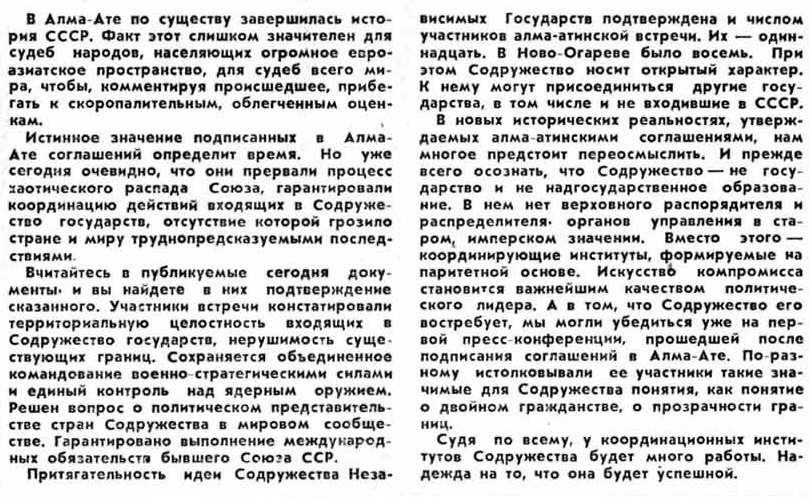 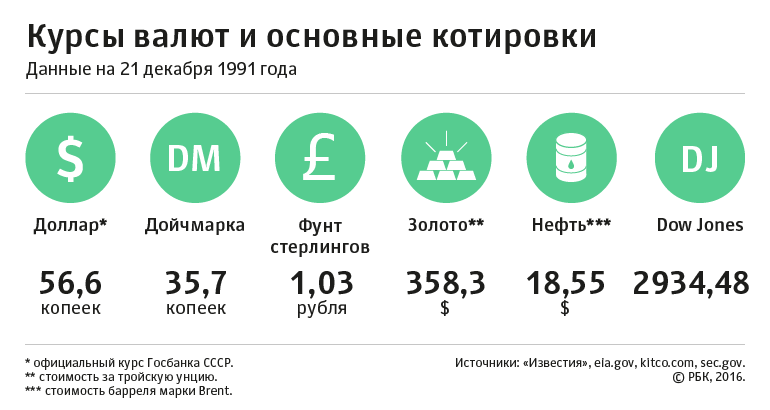