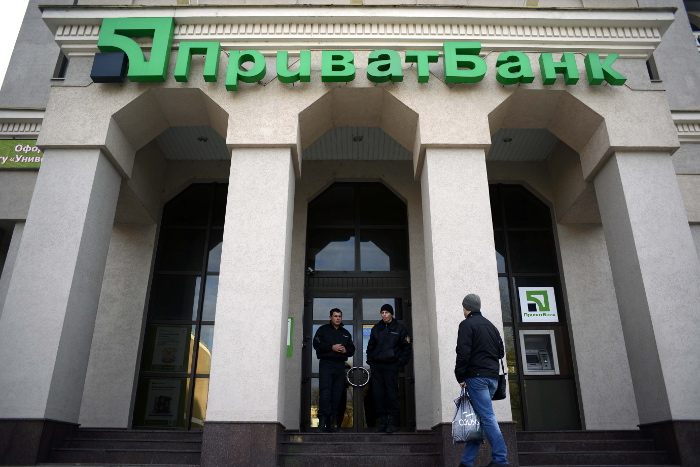 Moscow. 22 Dec. The Fund of guaranteeing the deposits of individuals and the Ministry of Finance of Ukraine signed on 21 December, the contract for the sale of 100% of shares of “PrivatBank”, the press service of the Fund.

On the nationalization of Ukraine’s largest private Bank, PrivatBank, the main shareholder was the Ukrainian oligarch Igor Kolomoisky, was announced by the government on the night of December 19.

According to the DGF, all necessary procedures were carried out for 72 hours: the provisions formed for active operations, carried out additional issue of shares and secured their placement, changes in the Charter of the Bank, formed a transitional balance is conducted all the necessary procedures for the sale of shares and change of ownership of the Bank.

“As the capital of “PrivatBank” has acquired a negative value, the Deposit guarantee Fund, according to the Law of Ukraine “About system of guaranteeing deposits of individuals”, sold shares of this Bank to the Ministry of Finance in full for one hryvnia,” – said in the message.

In General, the acquisition of state rights of ownership of shares of “PrivatBank” it’s been two days from the day following the day of commencement of the removal of the Bank from the market.

As previously reported, the authorized capital of nationalized “PrivatBank” increased by 29 billion 438,283 million UAH – up to 50 billion 694,751 million. The corresponding data are shown in the Unified state register of legal entities and physical persons-entrepreneurs.

Initially, the Deposit guarantee Fund of individuals has decided to increase authorized capital of “PrivatBank” on 35,941 billion by private placement of additional 128 million 359,003 thousand shares with existing nominal value of UAH 280.

Earlier, the head of the National Bank of Ukraine Valeria Gontareva has estimated the amount of additional emissions due to the conversion of deposits and other funds relating to the shareholders of the Bank persons in 32 billion.