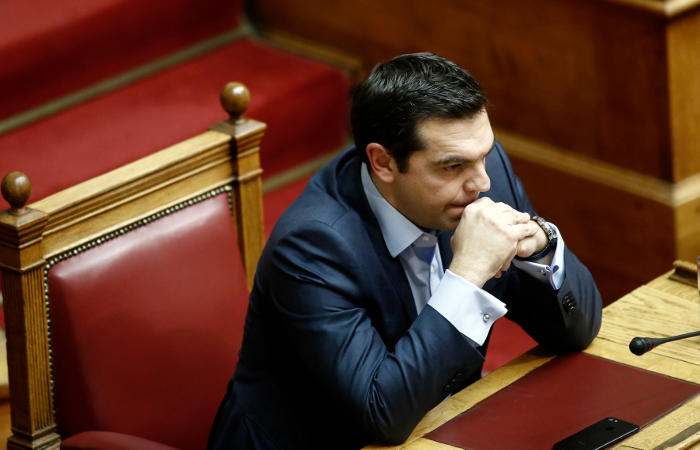 Moscow. 26 Dec. The Eurozone, having received assurances from Athens in commitment to the previously agreed economic program, expressed on Saturday readiness to resume in January, talks about the first steps to reduce Greece’s debt load

“I am glad to inform you that we have removed barriers regarding the decision-making procedure for short-term action in respect of the debt,” – said in a statement the head of the Eurogroup uniting Ministers of Finance of the Eurozone, Jeroen Dijsselbloem.

The Minister of Finance of Greece Euclid Tsakalotos, in his letter to the European Commission confirmed the readiness of Athens to implement reforms agreed with creditors.

Tensions with Brussels have arisen from the Greek government because of the decision to carry out a lump sum to pensioners in the amount of 300 to 800 euros, about this step, the creditors were not informed. Greek Prime Minister Alexis Tsipras also proposed to reduce VAT for residents of a number of Aegean Islands affected by the influx of migrants.

Against this background, the negotiations on measures to reduce Greece’s debt load have been suspended. These measures, intended to reduce the national debt Grace 20 percentage points of GDP by 2060, were agreed by the Eurogroup on 5 December.

In 2017 Greece can pass parliamentary elections.