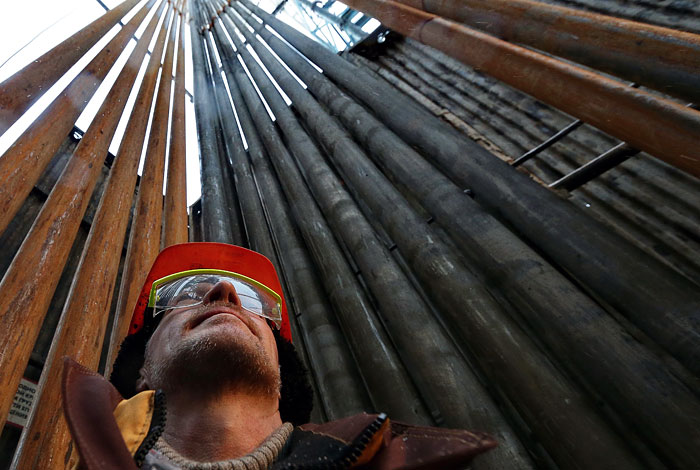 Moscow. January 11. In Russia in 2016, was opened 40 oil and gas fields and 60 fields of solid minerals, said the Minister of natural resources Sergey Donskoy.

“According to preliminary data, in 2016 opened 40 hydrocarbons. The average amount of deposits (the sum of categories C1+C2) is recoverable oil reserves of 1.7 million tons, gas – to 14.5 billion cubic meters,” – he said..

According to preliminary data, the growth of liquid hydrocarbon reserves (oil + condensate) should be 575 million tonnes and gas (free gas of gas caps) – 702 billion cubic meters.

“Solid minerals in 2016 are open about 60 fields, with more than half of them – a small scattering of gold,” – said don.

“For the first time, put on balance, you can allocate a complex ore Deposit of Serov in the Sverdlovsk region with reserves of category АВС1: iron – 62 million tons, chrome – 3 million t, Nickel – 359 thousand tons”, – he said.

According to the Minister, a significant increment of reserves АВС1 obtained during supplementary exploration of the Udokan copper Deposit in Zabaikalye region – 2.4 million tonnes of copper, the Pavlovsk lead-zinc Deposit in the Arkhangelsk region – 11 million tonnes of zinc, Verkhnekingashskoye field in the Krasnoyarsk region – 108 t of platinum group metals, Olimpiadinskoe gold deposits in the Krasnoyarsk region – of 54.4 tons of gold ore nakynsky field (Botuobinskaya and Nyurbinskaya pipe).