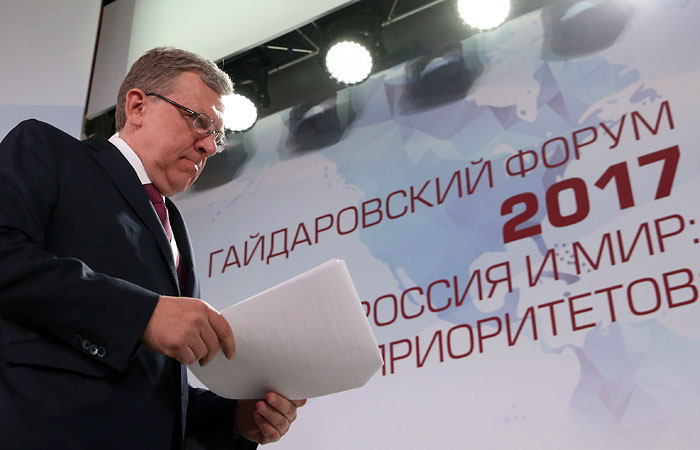 Moscow. January 13. Russia is now at a historically low rate of economic growth, said the head of the Board of the Center for strategic research (CSR) Alexei Kudrin, speaking at the Gaidar forum on Friday.

“We are now at a historically low rate of economic growth, which is even lower than in the period of stagnation in the Soviet Union”, – said Kudrin.

“We got into a long strip of low rates, which do not relate only to lower oil prices or sanctions. We must say that the main problems lie inside our Russia, and the principal is institutional and structural,” explained Kudrin.

He emphasized that the old economic model is obviously not working, but it still does not start under the new model.

“Will not be accepted drastic measures, which would allow you to create and run a new economic model. We are facing very serious challenges, which are objectively constrain our economic growth,” said Kudrin.

“And the steps to be taken by our country, the government, the President, they are extraordinary. They are quite serious,” – said Kudrin.

He explained that, first of all, it is a demographic problem, a lack of investment, including the issue of sanctions and estrangement from the world of financial markets, technological backwardness, low productivity and low quality of governance.

The technological gap as a threat

Technological gap between Russia threatens its sovereignty and poses a threat to security, said the head of the Center for strategic research (CSR) Alexei Kudrin.

“We faced a problem of technological backlog of Russia from the world. And this, in my opinion, the most serious challenge that we face in the next 10-15 years”, – Kudrin said at the Gaidar forum.

According to him, “this means reducing our economic potential and the decline in citizens’ standard of living, because we will lose markets, we will not participate in these new markets.”

“We have the problem of reducing the defense potential and a threat to the sovereignty of the country, if we do not become a technological power. I have to say that even the military experts in our group say today – technological challenges to Russia much more than the geopolitical and military”, – said Kudrin.

He believes that in this situation, namely the development of the technologies needed to focus.

“Here we need to shift the main focus of our interest,” – said the expert.

Kudrin drew attention to the fact that in technological entrepreneurship the risk is greater than ordinary business.

“We say, we have in the usual business risks, and technological business risk is greater – a short planning horizon due to a number of circumstances, including the financial market, which was until then, overregulation of economic activities, our compliance and enforcement activities when the law enforcement agencies today exercise an excessive pressure on business”, – said Kudrin.