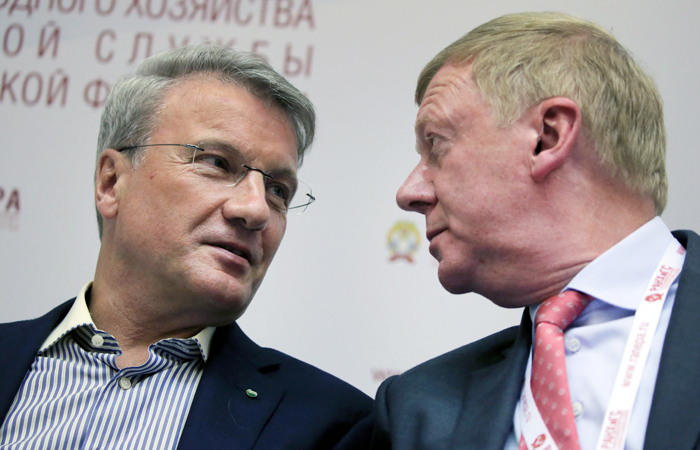 Moscow. January 13. The head of “RUSNANO” Anatoly Chubais and President of Sberbank German Gref argued about the prospects of alternative energy in Russia.

“We have already, or will soon occur – renewable electricity, which almost was not. For 15 years the changes in the legal regulations for start-up renewable power generation. In the solar energy sector has created an instrument for this energy and has launched the station. Solar power in Russia has taken place. In the wind yet, but there are prerequisites, and a year later expect to say that wind energy has also held”, – said Chubais, speaking at the Gaidar forum in Moscow.

“I don’t see any “suns” (solar energy), or “wind”. You said it was a fact. Probably, we also will soon see. I don’t see why we have “sun” in today’s low cost resources. I just don’t see any chance in the next ten years that we have some “sun” appears or “wind.” In the pockets – maybe, but not in power”, – said the ex-head of RAO UES Gref.

“Here you see the classic image of a conservative-it guy in the face Gref, who rejects progress in its most important aspects,” retorted Chubais, calling the interlocutor “Orthodox and reactionary”.

According to head “Rosnano”, which is one of the investors in alternative energy, “in Russia, 90% of specialists do not understand,” what is this branch and why it is needed. However, in the coming years, alternative generation in a number of countries pass the point of grid parity, equaling in price with the traditional, said Anatoly Chubais. In this case, “the potential of technological upgrading “of the sun” is much higher than traditional thermal power”, so and in Russia sooner or later “curves (price) cross”, but if nothing is done now, in the future Russia will have to buy cheaper electricity from renewable sources, says Chubais.

This isn’t the first public dispute Gref and Chubais, but if the current replica exchange was humorous, a decade ago, the witty sparring of the two statesmen have seriously complicated their relationship. In March 2006, during the discussion of indexation of tariffs of natural monopolies at the government meeting, Chubais also criticized the proposals of the Ministry of economic development, stating that the indexation of electricity tariffs on inflation will not be affected. In response, Gref said he was willing to take the initiative to give Chubais a Nobel prize if he can prove his thesis. The debate is not over, the next day, Chubais said: “I relate well to this idea, I like it. There is only one problem: Milton Friedman has already received the Nobel prize in 1976 for a series of works that proved monetary nature of inflation”.