A group of black-clad protesters against the elected President of Donald trump, who takes office on Friday, January 20, hold a March in Washington, reports Reuters.

According to the Agency, during the action, protesters smashed shop Windows and car Windows, overturned rubbish bins and vending machines with Newspapers. Broken the office window Bank of America and showcase Starbucks.

In addition, the police dispersed the protesters attacked a McDonald’s restaurant in downtown Washington. On Twitter posted a video of the incident. It can be seen that law enforcement officers used tear gas.

In March, according to Reuters, was attended by about 500 people. They carried banners that read “Make a racist to be afraid again” (Make Racists Afraid Again — similar to the campaign slogan of trump’s Make America Great Again). 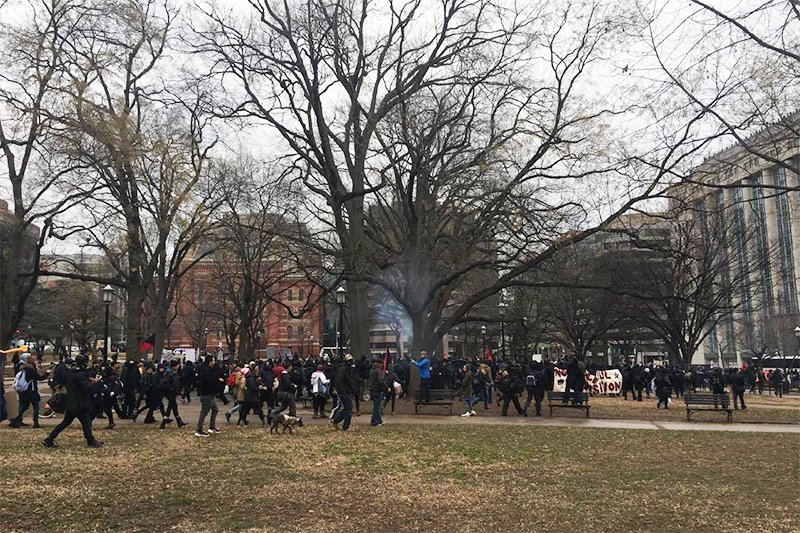 The Agency also reports that protesters associated with the group called Disrupt J20, was blocked by several checkpoints leading to the places where you can watch the presidential inauguration ceremony. Some of them were taken away by the police.

Writes NBC, a group of ten protesters, in particular, sat in a circle, blocking the passage, and another group, bigger group shouted: “We will not be silent!”

is an online broadcast of the ceremony of inauguration of US President Donald trump.