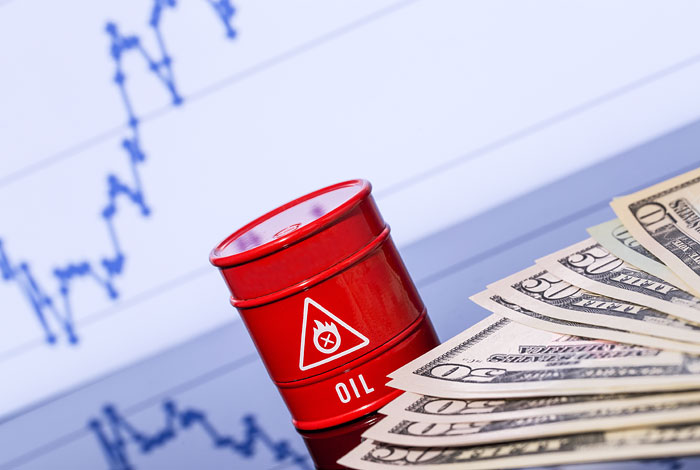 “Yesterday we agreed and today the President supported the proposal of the government, according to which before the adoption of the amendments to the Budget code of the Russian Federation in preparation of budget rules agreed not to use additional oil and gas revenues as a result of exceeding the actual price of oil at $40 a barrel, inherent in the forecast and the budget for the current year to Finance additional costs and this amount to carry out the reduction of the volumes of use of means of Reserve Fund and national welfare Fund (NWF), which provides for expenses in the current year,” he said, noting, what we are talking about not using these additional revenues, the additional costs in 2017.

“Following discussions with Prime Minister Dmitry Medvedev issues of economic development and execution of the budget in 2017, a meeting was held with the President on the same issue. At yesterday’s meeting with Dmitry Medvedev we have discussed the evaluation of socio-economic development taking into account the situation in the world economy, taking into account data from the previous year, and made assessments of the budget execution in the current year. One of the main components of the debate was the question of dopdohodov that budget can get in 2017 in the case of preservation of positive dynamics of the Russian exports. According to our estimates, at $50 per barrel, the budget will receive about 1 trillion rubles of additional revenue, at $55 per barrel, this would amount to 1.4 trillion rubles,” – said Siluanov also.

The financing of the budget deficit

He recalled that the Reserve Fund and national welfare Fund in 2017 to Finance the budget deficit was planned to allocate 1.8 trillion rubles.

“This does not apply to decisions that were adopted yesterday at a meeting chaired by the Prime Minister. We are talking about supporting the industry in the amount of 107.5 billion rubles for funds to support the economy, and the means that were adopted yesterday at the meeting, which will reserve in the amount of 20 billion rubles, which could be deployed to support specific socio-economic issues. In addition a number of balances, carryover for the current year in the form of transfers, not used by subjects of the Russian Federation in the past year, can also be used to support regions 31 billion rubles,” – said Siluanov.

“The source of the money should be non-oil revenues, which the budget may receive in the current year and cost savings. This year expect to receive when you save the forecast additional oil and gas revenues of $ 84 billion. These savings and additional revenues will be sufficient to fully provide additional solutions in terms of expenses,” – said the Minister.

He stressed that “not a waste of oil and gas revenues make it more predictable monetary policy and allow the Central Bank to have more manoeuvre in monetary policy in terms of a reduction in interest rates and ensure stability of the ruble”.

In General, the Minister did not rule out that, depending on the amount of additional income in certain circumstances can even be a situation that the Reserve Fund and national welfare Fund will not be used as a source of financing the budget deficit. At the same time he noted that the volume of borrowing on the domestic market will be used in the planned values.

According to the Minister, the assessment of additional revenues in 2017 from higher oil prices, the Finance Ministry did, based on the current parameters of the price and exchange ratios.

Insurance for the budget

Waiver spending additional revenues for increased spending, in the Minister’s opinion, will insure the budget in case the average annual price of oil goes below $50 per barrel. “If we oil and gas dopdohodov spent, he could have created risks to stability of the budget system, and since these incomes will save, even if the situation changes in the second half (. . .), we will be ready to the fact that prices can change, and not only to growth but reduce it,” – said Siluanov.

Speaking about the timing of training and the introduction of new budgetary rules, the Minister noted that the full it will work in 2020.

“We would question the design of fiscal rules in the first half of the year to discuss the government and to submit relevant legislative proposals to the state Duma in the end of the spring session. (. . .) In preparation for the next budget in 2018-2020, we will first ensure the parameters in 2018-2019, which are incorporated in the law on the budget for 2017-2019, and 2020-th year should already incorporate new approaches. 2018-2019 is the kind of training, the establishment of basis for a fiscal rule to work. We will have to discuss the design of these proposals, but in final form they must earn in 2020,” – said Anton Siluanov.

Also, according to him, the fiscal adjustment in 2017 is likely to be held in the spring and autumn (in 2016 it was made only in the autumn session). In particular, the amendments will need to reallocate expected savings in some expenditure in the budget of the current year. “We have a cost savings, these savings in the current year, we have to identify as a source of formation of spending “small” contingency Fund in the budget for industry support, the formation of the reserve Fund of the government. Therefore, the redistribution that we have in the budget will require legislative clarification”, he explained.

The Minister also said that budget surpluses migrating from 2016 in the budget of the current year, amount to 78 billion rubles.