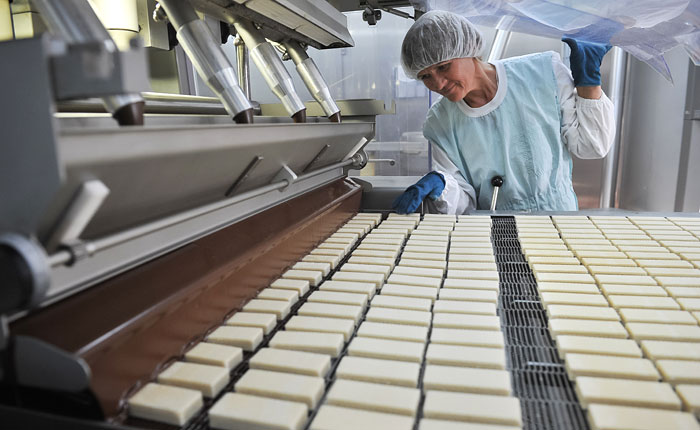 Moscow. 20 Jan. Roshen Corporation has decided to stop production activities of the Lipetsk confectionery factory, said in a statement.

“Roshen Corporation is stopping the production activity of the Lipetsk confectionery factory. This decision was made for economic and political reasons. Full stop production and conservation of industrial and infrastructure projects planned for April, 2017”, – stated in the message. The Corporation argued that the seizure of property of the Lipetsk factory, imposed by the Investigative Committee in the framework of the criminal case, made the sale of the factory impossible.

“Starting with 2013 production at the Lipetsk confectionery factory was reduced 3 times. The reason for this was the sharp drop in range after the unjustified ban by Rospotrebnadzor in 2013, imports of Ukrainian Roshen products to the Russian Federation, and active discrediting the activities of the factory in Russian and Ukrainian media, and pressure authorities in a number of regions at trade organizations for the sale of products of the Lipetsk confectionery factory, and diminished overall purchasing power of the population” , – said in a statement. The company reminded that in connection with the decline of production at the factory continued mass layoffs.

The remaining staff of about 700 people already informed about the upcoming closure of the factory. Required notice of mass layoffs will be submitted to the Lipetsk center of employment in the near future.

The owner of the Corporation is the President of Ukraine Petro Poroshenko. During the election campaign, he promised to sell Roshen, hired for this investment company Rothschild and the Ukrainian group “Investment capital Ukraine” (ICU). However, due to the lack of buyers in January 2016, an agreement was signed, according to which Poroshenko handed over his share of the Corporation in the independent “blind” trust. The Bank Manager of the trust also has a 4-year-old the attorney for negotiating the sale of assets.