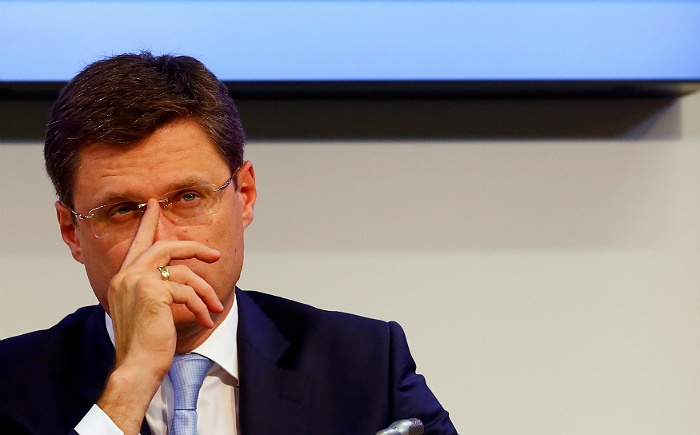 The original plan was set in volume of 50 thousand b/d.

“20 days parameters (production cuts) of around 100 thousand b/d remain. Most likely, it will be (in January)” he said.

Answering a question, whether there is Russia to reduce oil production in February and not in March as was stated earlier, Novak said: “I Think our company has its own plans will be implemented on the basis of the maximum speed of reaching an agreement. As will in fact emerge..we will monitor..because Russia has its own peculiarities in features a steep decrease. Now our companies are moving away from those opportunities that is.”

The Minister noted that today all Russian companies comply. Thus, in January Russia will reach the level of production 11.1-11,15 million b/d, noted Novak.

Russia leads the count with a reduction in the level of Oct – 11,247 million b/d. Thus, in January the decrease could reach 100-150 thousand.

However, the Minister stressed that while early to speak about the necessity to renew the agreement to reduce oil production by more than six months.

“We exchanged views yesterday. It is too early to say that some decisions can be presented already now. In General, we believe that while we need at least a few months to see how it will be agreement,” said Novak.

He also noted that while not discussed involvement of the United States to an agreement, but the “doors are open”.

According to the recent December 10, 2016 in Vienna negotiating 11 countries outside OPEC, agreed to cut oil production from January 2017 on 558 thousand barrels per day for the sake of market stabilization. Alexander Novak said then, by the end of the first quarter, Russia will cut production by approximately 200 thousand barrels per day. In April-may it is planned to reach 300 thousand.

OPEC in turn has pledged to cut oil production by a total of 1.2 million b/d. Saudi Arabia will reduce production by 486 thousand.