The 77-page document includes the opening speech by the Prime Minister of the UK Theresa may. “We approach this process, expecting success and not failure, because we are a great nation that has a lot to offer Europe and the world. We have one of the largest and strongest economies in the world, the best intelligence, the most brave soldiers, the most skilled diplomats, we have friends, partners and allies on every continent. And just as important. The main reason of our success is the strength and support of the 65 million people who want to do it”, — is spoken in the message.

Among the major principles listed in the document, the control over their own legislation, the protection of historical ties with Ireland, immigration controls, the Kingdom’s exit from the European Union and the new partnership with him to ensure free trade with the European markets, the protection of workers ‘ rights and cooperation in combating crime and terrorism.

1. To ensure certainty and clarity

The text argues that the government understands the need to have the confidence and certainty on how the laws of the state will live. In this regard, the government will be prepared “the bill of abolition the great” (Great Repeal Bill), which excludes from British law the “European communities Act” in 1972, which recognizes the legitimacy of all decisions taken at the European Union level.

Legal norms of the European legislation, the use of which will be deemed “appropriate and proper” will be translated into national legal acts. Thus, the real power in the country will be returned to the British policies and institutions.

2. Taking control of its own laws

“The British authorities will take full control of the legislation of the country. Demands of millions of voters who voted for secession from the EU, imply that Britain should get rid of the jurisdiction of the European court”, — the document says.

The authors of the text claim that the sovereignty of Parliament is one of the fundamental principles of the Constitution of great Britain, and all the time the membership of the Kingdom in the EU, this provision has not been implemented. “Leaving the EU would mean that our laws will be written in London, Edinburgh, Cardiff and Belfast and will be based on specific interests and values of the UK. The final decision will be taken by the British legislature and the courts,” — said in the text.

The government States that works closely with the administrations of Scotland, Wales and Northern Ireland to protect their interests. The positive outcome of the country’s withdrawal from the European Union should be visible in all parts of the Kingdom.

The paper noted the importance of strong neighbourly relations between the two countries that have strong historical ties. Strengthening these relationships is of paramount importance. “The economy of great Britain and Ireland are deeply integrated. Annual trade turnover between the UK and Ireland exceed £43 billion, and about 60% of Northern Ireland exports to EU countries exports to Ireland”. 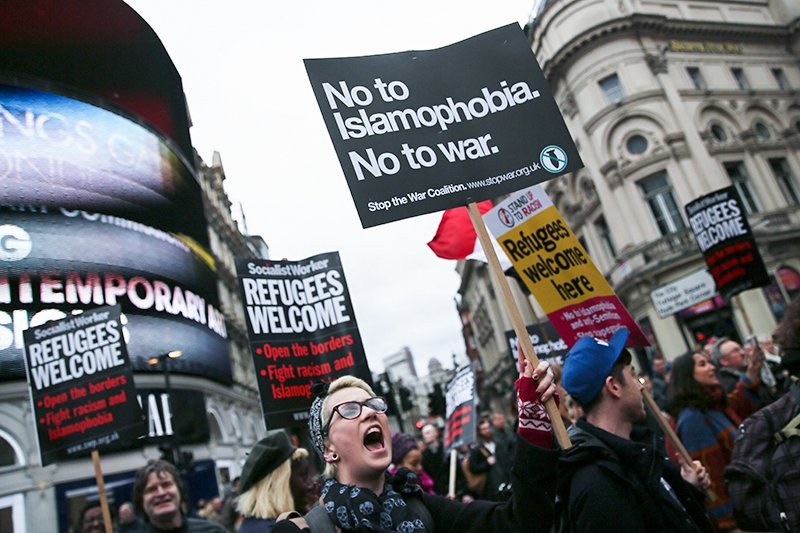 On the March in support of refugees in London. March 2016

The UK will remain an open and tolerant country, recognizing the valuable contribution and will bring the migrants to its economy and society, but in the future she wants to control the number of people coming into the country.

“In recent years we have seen record levels of immigration to the UK. This leads to serious pressure on the social infrastructure of the state, and also has a negative impact on the level of income of people with low earnings. Society must be confident in our ability to control migration, and in a situation when people from the EU can freely enter the UK, it is impossible to guarantee”, — said in the text.

“We want to consolidate the status of EU citizens who already live in the UK and British citizens living in member States of the European Union”, — stated in the text of the document. According to the government, residents of the UK are about 2.8 million citizens of other countries in the EU, and in the text of the document separately it is noted that many of them poles. In the EU, in turn, is home to about 1 million Britons, about 30% of them in Spain.

Until the country will remain in the EU, rules for Europeans living in the UK, will remain unchanged — after five years of permanent residence in the country, they will automatically receive resident status. How these provisions will change in the future, and what rights will remain with the British living in Europe, is one of the most important issues for the British authorities, who will decide it on negotiations with its European partners.

7. The protection of workers ‘ rights

The government guarantees the preservation of the rights of workers throughout the country, after its exit from the European Union. The authors state that British labour law is more progressive than European, for example, maternity leave and child care in the UK is 39 weeks paid vacation, not 14 as in other European countries.

The document notes that the British labour market is one of the main forces of the local economy: it’s 31.8 million people employed, and unemployment is currently one of the lowest in history.

8. To ensure free trade with the European markets

“The government will give priority to ensuring freedom of trade with EU countries. We will not pay any price to strive for in the European single market but will work to create a new strategic partnership with the EU, including through concluding a new comprehensive agreement on free trade and the new customs Treaty,” the document says.

The text says that the UK and the EU needs to find a better way of cooperation in the field of trade, which will allow companies and business people derive maximum advantage from the markets. Appropriate agreements should be concluded on a reciprocal basis and in the public interest. 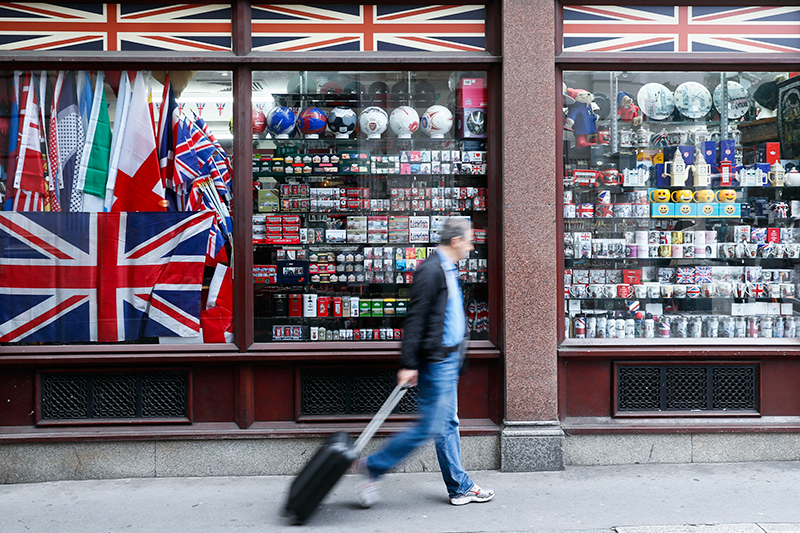 The authors of the text note that the share of exports from UK to EU countries fell from 54% in 2000 to 44% in 2015. In addition, the annual growth of gross exports from UK to EU is considerably lagging behind the figures of British exports in the world — an average of 2.5 versus 4% annually in the period from 2005 to 2015.

10. Maintaining the UK as the best place for the development of science and innovation

“From space exploration to generating clean energy, from medical to agricultural technologies the UK will contribute to the human effort that seeks to understand the world in which we live, and to make it better. We will continue to work with our European partners in the field of scientific research and technology development”, — the document says.

The authors of the document say that the UK is already one of the best places in the world for the advancement of science and the government’s efforts will be aimed at maintaining this position. It is noted that the top ten world universities include three British, and by the end of 2016, the country ranked third in the Global innovation index.

11. Cooperation in the fight against crime and terrorism

The security of the population of the UK as a major priority by the local government. “Our country always was and will be one of the main global players in the fight against security threats. The level of danger is increasing, so we need to work more closely with our partners, including EU member States, in the field of information exchange and mutual support in the fight against common threats”, — the document says.

Separately noted that the UK is actively involved in European projects on security, such as Europol and the fight against organized crime. Between 2004 and 2015, the UK extradited to EU countries for more than 8 thousand people convicted of criminal offences.

12. The maintenance of a safe and orderly exit from the EU

“Ensuring a peaceful and orderly British exit from the European Union will require concerted and coordinated action on both sides. We must consider questions about the need for gradual action in this direction, and the beginning of work on the formation of a new partnership with EU”, — stated in the document.

The British authorities intend to initiate process on exit from the EU no later than March 2017.