27 June 2016 on the Kremlin website appeared a message that the President of Turkey Recep Tayyip Erdogan apologized to Putin for shot down Turkish air force Russian su-24. Apology from the Turkish authorities was one of the key conditions of the Kremlin to restore relations with Ankara.

“I want to Express my sympathy and deep condolences to the bereaved family of the Russian pilot and say, I’m sorry.” (Quote Erdogan’s statement on the Kremlin website)

Later, the spokesman for Turkish President Ibrahim Kalin confirmed the authenticity of the message of Erdogan, however, added that expressed by the head of state regret is not an apology. Environment of the Turkish leader told the Anadolu Agency that Erdogan’s letter did not contain a single word of apology for the downed Russian plane.

A day later, Peskov confirmed that the Russian translation of the letter of Erdogan meets Turkish text of the letter. “[The word “excuse”] for hundred percent corresponds to the Turkish language,” he said. 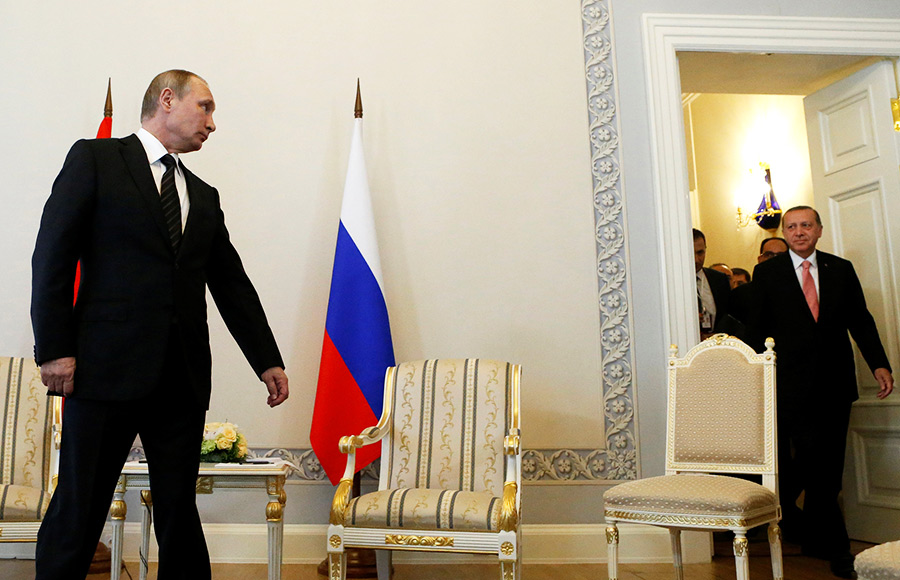 Residents of the Chechen village of Kenkhi for your villager

In early may 2016, a resident of Kenkhi Ramazan Zalaldinov complained to Putin and Prosecutor General Yury Chaika on local officials who, he said, “take away from the inhabitants a significant portion of compensation” for the destroyed during the war at home, keeping public sector wages and “help people.”

A few days later the village was visited by the head of Chechnya, Ramzan Kadyrov, who held a meeting with local residents, according to “Interfax”, confirmed the words Zalaldinov. Later, the media reported that unknown persons burned the house Zalaldinov, and local security forces cordoned off the village and in turn caused local residents to the police, demanding to reveal the whereabouts of Zalaldinov and members of his family. A few days later, the villagers appealed to Putin with an apology.

“At the gathering of villagers signed a petition to President Vladimir Putin. It was signed by almost all the adult population of Kenkhi,” — said “Interfax” the head of the village of Kenkhi Magomed Gadzhiev. According to him, the villagers asked the President not to consider the statements of Zalaldinov as an expression of the views of all of Kishinev. In referring to Putin it has been called “unlearned man.”

In January of 2017 in an interview with Deutsche Welle of Jamaldinov said that initially he returned to Chechnya to apologize to Kadyrov, but in the end because of the death threats was forced to secretly move to Moscow.

An unnamed us official over corruption charges

April 7, 2016, answering questions during the forum of the popular front, Vladimir Putin has denied allegations of corruption contained in “Panamanian documents”. According to him, behind them are the officials and bodies of the United States.

“What they allow themselves to be rude sometimes publicly, we are apologized to some administration officials, but not because he was ashamed, but because they are smarter than those who did.” (Vladimir Putin)

Press Secretary of the President Dmitry Peskov declined to specify who among American officials apologized. “As the President himself did not call those who did, I don’t feel entitled to do it,” he said. Peskov noted that apologies had been made before the publication “the Panama document”.

CNN for publishing pictures of

February 26, 2015, CNN issued a public apology for the showing of a photo of Vladimir Putin in the story that bi-Bi-si has managed to establish the identity of the militant “Islamic state” (organization banned in Russia. — ).

“Due to a failure in the video server during today’s news accidentally loaded a picture of Vladimir Putin prepared for our next story. We apologize for this mistake”. (Statement by the press Secretary CNN).

Aram Gabrelyanov for posting the video

In April 2013 the portal Life News published a video with the closed part of the meeting in Kalmykia, where Putin criticized the government members and governors. Responsibility for the publication of the video took over the site editor Ashot Gabrelyanov, who later in his Twitter a public apology to Putin brought his father, head of the media holding News Media Aram Gabrelyanov.

Boris Berezovsky for their mistakes

March 23, 2013 press Secretary of Vladimir Putin Dmitry Peskov said that shortly before his death Berezovsky asked for forgiveness from the President of Russia.

“Some time ago, Berezovsky sent Vladimir Putin a letter, written by him personally in which he admitted that he had made a lot of mistakes, asked Putin’s forgiveness for these mistakes and appealed to Putin to help him return Home.” (Dmitry Peskov)

Boris Alyoshin for the lack of ice cream

At the end of August 2007, President Putin visited the international aviation and space salon (MAKS) in Zhukovsky near Moscow. Leaving the event, the President wanted ice cream and made an unscheduled stop at a tray, which was empty. After that, the head of Rosprom Boris Alyoshin explained that the ice cream don’t have time because of traffic jams. He said that brought the President to apologize for this unfortunate incident, and promised that the next time the President “will be provided with ice cream from the belly.”