The Agency on insurance of contributions (ASV), acting as bankruptcy Trustee in bankruptcy of Mezhprombank, has embarked on its assets, said multiple sources in the banking market. DIA is preparing to close the sale of the estate of the XVIII century under the name of Lower Venn Farm in the English County of Herefordshire. This will be the first of foreign assets, the proceeds from the sale of which will go to the bankruptcy estate of the Bank for calculation with creditors.

The orders of the English court permitting the implementation of this asset as well as the mansion, Old Battersea House of the XVII century, in London, was issued in the summer of 2016. At that time the Agency had to determine their market price and sell. However, the first of the two deals will be closed soon.

Unlike the sale of Old Battersea House, which is less advanced, the deal with Lower Venn Farm has practical value for creditors of the Bank. This is the only disclosed by order of the London court of Pugachev’s assets are not legally veiled in the trust. Therefore, obstacles to the transfer of funds in the bankruptcy estate will not, while proceeds from the potential sale of Old Battersea House will be frozen in the account of the English lawyers of the Agency pending resolution on the merits of ASV with Pugachev on the recognition of the businessman the owner of the trust assets. The trial in this case to be held in 2017. 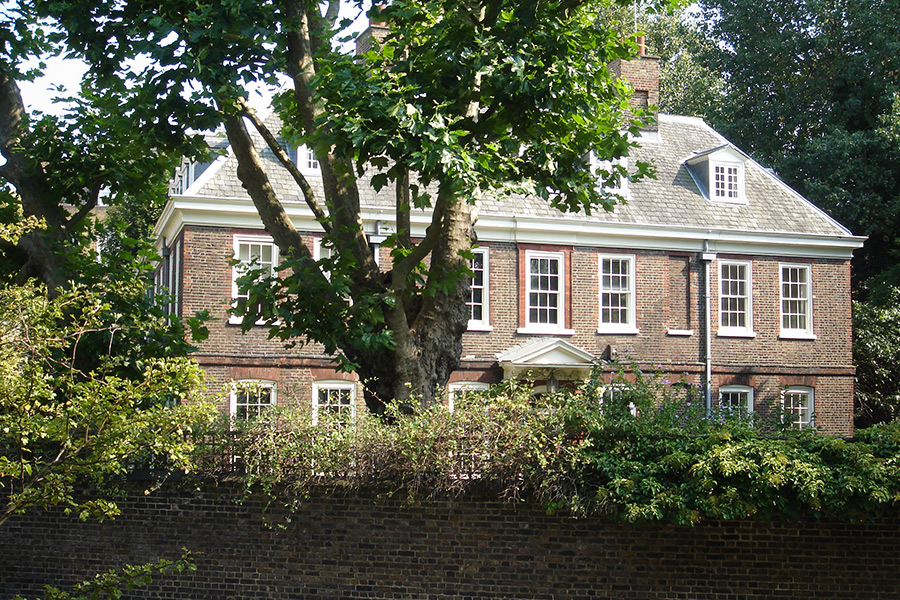 In the DIA before the closing was limited to only a General review. “As of February 2017, the Agency makes the necessary arrangements for the sale of the two properties. Data on outcomes of these activities may be disclosed after the conclusion of the respective contracts of purchase and sale with the buyers and their execution by the parties,” — said in the Agency’s response to the request .

The price of the sale of the estate, the Agency also did not disclose. In representing the interests of ASV international law firm Hogan Lovells, which is engaged in the valuation of the estate, did not respond to a request .

The interviewed participants of the market of real estate believe that the proceeds from the sale of Lower Venn Farm can vary from hundreds of thousands to several million pounds.

“The last transaction with this object was in 2003. The sale price was £379 thousand At the moment, the value of the object, based on the volatility of the average of the index for the region can be up to £686 million,” says consultant Etage Real Estate Yulia Ananyeva.

According to her, this assessment applies mainly to real estate of the middle class. But according to the administration Herefordshire, in 2010 permission was granted for bulk landscaping in the estate, including the arrangement of landscaped gardens, terraces, flower beds, lawns, pools, gardens, combining several of the existing ponds into one pond and building a greenhouse. As for the house, were made structural repairs, replacement of pipes and sewage systems, renovated roof, new Windows inserted, installed air conditioning, replaced the door, sheathed the facade, installed the cornices, etc., continues Ananiev.

“Based on this information, it is likely that the object was made of a large-scale repair work that radically could change the status of the object,” she said.

“Given that buildings in the region, according to Google maps, it is enough discharged, the environment may not have decisive importance for the reduction of the coefficient of appreciation of the object depending on executed repair work and other improvements. To check what has been applied to the materials, and any cost of renovation work, it is impossible, therefore, we can conclude that the current value of the object depending on the level of renovation can range from £900 million to £3 million,” concludes Ananiev.

Experts Kalinka Group estimate the value of the estate in the range of £600-700 thousand, also noting that the rating may be nuances depending on the shape of ownership of the estate and its condition.

According to the international law firm, price will also determine the method of sale. They point out that in the UK, the assets sold, as a rule, on open auction, as it increases the number of potential candidates for purchase and to maximize the sale price. Previously, the intention to use this mechanism for the sale of said and the representatives of the ASV.

The pound on February 8, established by Bank of Russia at the level of 73,228 RUB per pound. Thus, the scatter of the proceeds from the sale of the estate of Pugachev ruble equivalent can range from 44 million to 220 million rubles.

Previously, the cost of another mansion, Old Battersea House in London — experts evaluated the newspaper “Kommersant” in the £14-15 million, And this is only the first asset. “The Agency takes measures for search and foreclosure on assets [Sergei] Pugachev, in other jurisdictions,” — said the Agency.

The decision of the court of the Cayman Islands from 20 April 2016 Sergei Pugachev may not dispose of its assets, which are registered in this jurisdiction. Among the seized property, the court pointed out the yacht DB9 production company Palmer Johnson and the shares of DB Marine.

The court of nice has also decided to issue interim measures in respect of real property Pugachev. In the list of seized objects, the Villa was in France: Chateau de Garo, “Anna”, the Chalet “Wahlberg” and Villa No. 40, located in Saint-Jean-cap-Ferrat. The value of seized property may not exceed €1.2 billion.