Turkish President Recep Tayyip Erdogan Friday to sign a package of constitutional changes, said his spokesman Ibrahim Kalin the TV channel NTV on 8 February. A referendum to amend the basic law, according to Kalin, will take place on 9 or April 16.

January 21, the Turkish Parliament approved on third and final reading a package of amendments to the Constitution ( voted 339 of 488 deputies present at the vote). They suggest the transformation of the country into a presidential Republic. Now the changes must be approved by a national referendum which must be held within two months from the date of signing of the bill by the President.

If voters support the project of constitutional reform, Erdogan will remain in office until 2029, according to Reuters.

The current Constitution of Turkey was adopted in 1982. In 2007 the referendum was passed a package of amendments to the Constitution, in which the presidential election has become direct. However, the first time they were held only in 2014, and victory in them was gained by Erdogan, at that time Prime Minister and leader of the party of justice and development.

The constitutional package included the 18 amendments proposed by the party, which has 317 out of 550 seats in Parliament. They will expand the powers of the President, who now performs mainly representative functions. The Prime Minister will be abolished by 2019. The Prime Minister will be the President, concentrating in his hands Executive. The President will also have the right to terminate your membership of the party for the period of performance of presidential powers. As the founder of the party of justice and development and Erdogan will be able to lead it (in 2014, he was forced to resign leader). It will further increase the influence of the ruling party, writes Reuters. 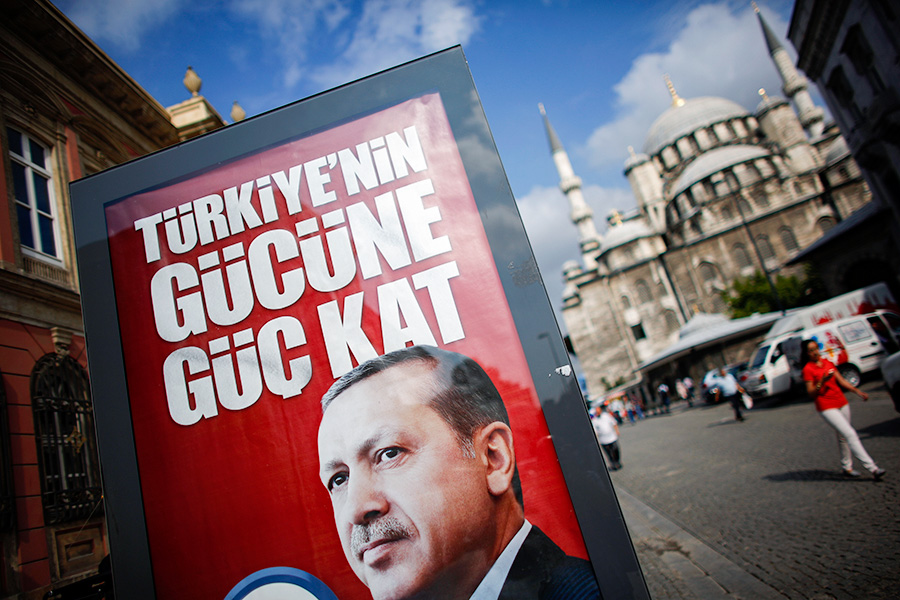 The President will also receive the right to issue decrees, declare a state of emergency, to appoint Ministers and other senior officials and to dissolve Parliament. The budget of the country and provide it to the Parliament will also be the prerogative of the President. The plan also provides for 2019 presidential and parliamentary elections. The presidential term will be five years, renewable for a second term, as in the current edition of the basic law. As a result, Erdogan will run for President in 2019 for five years and then go for re-election.

The initiators of the constitutional reform argue that such a form of government “will strengthen the legislative and Executive branches of government and make the judiciary even more free,” the Agency reports Deutsche Welle. However, opponents of the amendment believe that the Parliament adopted the project contributes to the strengthening of the authoritarian regime.

The Initiative Of Erdogan

The constitutional reform package was developed in the ruling party without consultation with other parties and public debate, argues Al-monitor.

Discussion of amendments in the Parliament was not smooth. Independent MP Eileen of Nasluka in protest handcuffed himself to the podium, urging to reject the project. In the brawl in the hall three deputies needed medical assistance, according to the newspaper Hurriyet. During the fight, a parliamentarian from the ruling party broke a nose, argued to CNN.

The opposition (142 members) voted against the project. The two main opposition parliamentary forces — the Republican people’s party (CHP) and the Pro-Kurdish Party democracy peoples (PD) — subjected him to harsh criticism. The leader of CHP, Kemal Kilicdaroglu said after the vote that his party will start a campaign against changes to the Constitution. “This is a betrayal of Parliament’s own story <…> We will go door to door and explain it to our people” — the words kılıçdaroğlu Reuters. 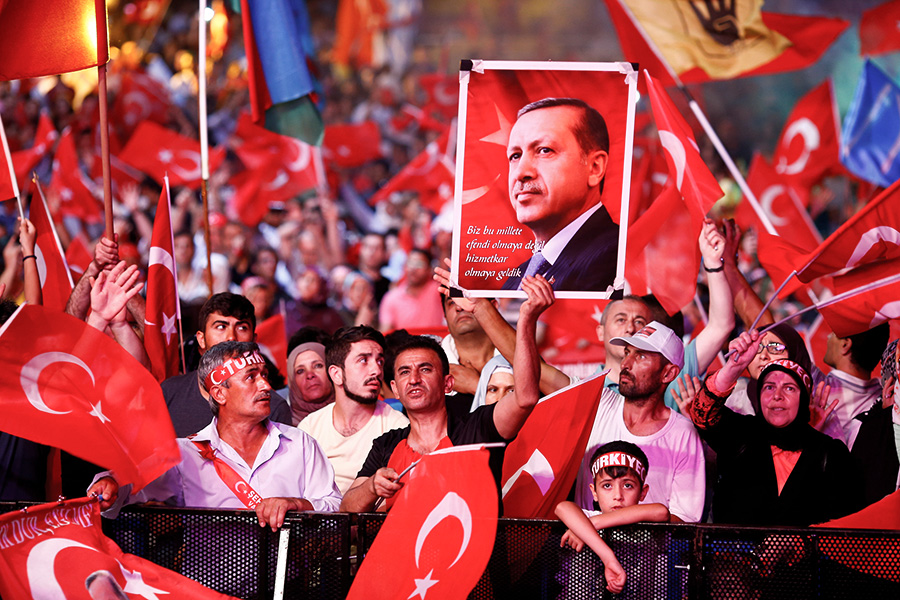 Supporters of Recep Tayyip Erdogan at the rally. October 2016

The studies of the two centers for the study of public opinion Gur”s A&G and Metropoll Research say about the impossibility at the moment to predict the results of the referendum. According to the study of Gur”s A&G Research, 52% of voters will vote “for” while the forecast Metropoll says that 51% of the electorate voting “no”, cites Al-monitor.

Analysis of the Turkish electoral base of the opposition parties shows that their supporters will not be able to fail the referendum. In the last parliamentary elections in 2015, the democratic party of the peoples (HDP) and Republican people’s party together won 36% of the vote. A lot will depend on how the electorate of the nationalist movement Party. In 2015 she has gained 12% of votes and entered the coalition with the ruling party. This pushed a significant portion of its supporters; polls show that at least half of the electorate opposes the presidential system of government, according to Al-monitor.

However, even if the voters of smaller parties, whose base is about 2.5%, will join the camp of opponents of the constitutional reform, the opposition did not win, concludes the publication. It all depends on how will supporters of the ruling party garnered at the last election 50% of the votes.

Public opinion polls show that 20% supported the Party of justice and development did not approve the constitutional package. They are dissatisfied with the actions of the authorities, including repression, which began after a failed coup in July last year, as well as the unpredictable policies of Erdogan.

Before the attempted coup of chances that the majority support the proposed changes was less, but after that, Erdogan has been able to bring supporters and to attract to their side those who had never supported, said a senior researcher at IMEMO Victor Nadein-Raevskii. According to him, Turkey has turned towards moderate Islamism. In the case of the adoption of the new Constitution the powers of the President of Turkey will be more extensive than the presidents of the United States and Russia, says Nadein-Raevskii.

On the eve of the referendum, the ruling party and its supporters plan a nationwide campaign. Erdogan plans to visit in February some 40 cities throughout Turkey for campaigning before the upcoming referendum, said a source Agency Hurriyet Daily News. The plans include the holding of mass demonstrations in support of the referendum, the organization of public events and the meeting of Erdogan with the locals. The President “will explain the advantages of the proposed system” and talk about the problems of the present, with an emphasis on the fact that “changing the system, not the regime,” said the source Agency.

Campaigning will take place in the conditions of an emergency situation. For meetings and other public events need to obtain official permission from the authorities. The opposition, criticizing the reform relies mainly on social media, according to the Western media. “Every disloyal to the authorities in Turkey are now at risk of a sudden discover yourself in the group of “extremists-revolutionaries” and end up in jail with tens of thousands of people arrested over the past six months”, — stated earlier the material for the candidate of political Sciences, specialist of Turkish studies Ilshat Saitov.

In the period from 23 to 30 January in the framework of the antiterrorist operation 625 persons were detained by the Turkish authorities, of which 42 people arrested on suspicion of having links with the organization of the preacher Fethullah Gulen, accused by Ankara in the organization of the failed coup, said the Agency Turkishminute with reference to the statement of the interior Ministry of Turkey. Also in late January was arrested the press Secretary of the Pro-Kurdish party HDP Ayhan Balneg, currently under arrest are 12 members of the party on charges of links with the outlawed Turkey Kurdistan workers ‘ party (PKK), Hurriyet Daily News.