The Munich security conference is an annual event that gathers politicians and military leaders from a dozen Western countries, meeting to discuss the most important issues of international security. In 2007, for the first time in 55 years holding took part the Russian leader. Vladimir Putin made a statement, which contained sharp criticism of the existing order of the world. The focus was primarily on US foreign policy, NATO expansion to the East and the unipolar world.

President Vladimir Putin caused a great response, some Western leaders called it the most tough speech on Russia since the end of the cold war and compare it to the Fulton speech of Winston Churchill in 1946, in which the then British Prime Minister, said that between Western and Eastern Europe were lowered an “iron curtain”. Putin’s speech was the main topic in most of the world media.

The main thesis of the Munich speech of Vladimir Putin

Maybe someone told Vladimir Putin that the Munich security conference — a place where Europeans and Americans are publicly squabbling about who is to blame for the split in the Atlantic Alliance. Or maybe he just felt like a Daniel in the pit with the lions, where you can not think about the fact that someone else can be hurt.

Whatever it was inspired by the Russian President during his first visit to the Munich conference seriously grappled with the highest leadership Atlantic institutions, which met here for the last 43 years. First, he criticized the US for unilateralism and disregard of international law. Then he switched to the Europeans — especially the Germans, the receiving party — that made the expansion of NATO beyond its traditional boundaries.

But if Mr Putin were going to expose the split in NATO, its strong speech had the opposite effect. For the first time in at least ten years, top politicians, diplomats and defense Ministers of 26 allied countries, NATO managed to unite against a common enemy. There was some relief in that there good old Russian villain, which can be branded.

He play his cards more sophisticated, Putin could achieve the desired effect. Much of what he criticized, was able to invoke sympathy from the Europeans: last but not least, and the instability of a unipolar world.

The fact remains that between the US and its closest allies remain obvious differences, revealed by the war in Iraq, but fuelled by much longer. This is a disagreement about what NATO exists, should the organization strive for global coverage, or how to support its military resources for military expansion.

Soviet ruler Nikita Khrushchev once angrily beat at the UN with his Shoe on the table. A similar sign showed now the President of Russia Vladimir Putin: “thus far but no further, America. Moscow is full of confidence.” Since the leader of the Kremlin feels pressed to the side of the unilateral actions of American presidents. For the Russian consciousness is extremely painful. And a controversial missile defense system in Central Europe, a fait accompli is doing something that not only America is now a familiar enemy from the past. It is with great pleasure former allies in the Warsaw Pact will sell Russian-made weapons. Americans and Western Europeans spread more and more, shifting Putin and his weapons to strengthen the “rogue States” such as Iran and Syria.

After the speech of the President of Russia Vladimir Putin about the alleged American world domination the day before their performance, the Western conference on safety in a state of shocked now seek to reassure all parties. <…>

The Americans have shown that the tension remained. The new U.S. Secretary of defense Robert gates have tried to note with subtle irony: “I like the old warriors one last statement almost caused the nostalgia.” Funny. Later gates said, “Nobody wants a new cold war with Russia.” He is inclined to think that Russia is an “important partner.” People talk “frankly, if they have nothing to worry about”. And that this openness is, “we tested here with both sides.”

Karl-Theodor Guttenberg (then — the Deputy of Bundestag of the Christian social Union, later — the Minister of defence of Germany. — ) reported a “mood of disillusionment” with Putin among some of the participants. From the President of Russia “with his bashing of America either him or us any good”. Little help from the outgoing signal differences on Iran, also said Guttenberg. About the new “cold war” foreign policy expert, the CSU does not want to know: “because the cold war was a deadly coherence and consistency. A day earlier Putin, we learned “a lot, but nothing coherent”. 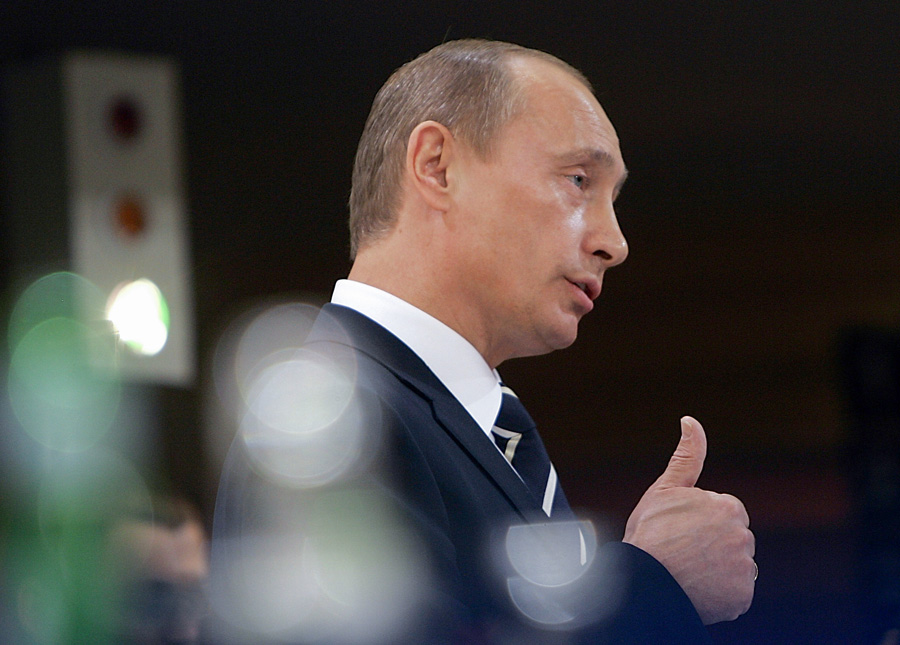 Vladimir Putin yesterday has taken the most powerful attack on the United States for seven years, that he is the President of Russia, accusing them of fomenting conflicts around the world through the unilateral use of “hyperbili”. He said that America seeks to use its own standards on other Nations, provoking an arms race and proliferation of nuclear weapons, and threatening Russia’s new missile programs. <…>

McCain said that the speech [of Vladimir Putin] was “the most aggressive speech of the Russian leader since the cold war, and added that she was aggressive, and some of the comments bordered on paranoia. During Putin’s speech, U.S. Secretary of defense, sat stone-faced.

Russian President Vladimir Putin during a severe criticism of the United States for seven years since when he took office, said that the unilateral belligerent approach Washington has made the world more dangerous than during the cold war. <…>

[And American politics, and the White house] have underestimated some major changes that have occurred recently in relations between the US and Russia. A friendship that was born in 2001 when President Bush first met Putin and looked into the soul of a former KGB officer, came to naught, when the Kremlin began to pressure the opposition inside Russia, began to use its energy resources to pressure its neighbors and quarreled with the White house over Iraq, Iran and other issues. <…>

Putin says us criticism of its “rollback” in democracy stems from the mentality of “cold war”, and he has long objected to us operations in Iraq. But his comments were hardly triggered by anything in particular.

Tone, more like a lecture than Khrushchev’s harangue from the platform, Putin said that Russia will be independent in its foreign policy. “We are not going to change that tradition.” <…>

During a 32-minute speech Putin, some members of the U.S. delegation frowned and turned away. [Robert] gates (newly appointed Bush’s Secretary of defense. — ), a professional Sovietologist, wrote, buried in your Notepad. When later he was asked to comment on gates smiled and shook his head. <…>

Some European diplomats on condition of anonymity, shared the opinion that the attack [Putin] was a proactive measure to reflect emerging in European capitals criticism of Russia. In addition to the ongoing assault on democratic groups and political opponents, Russia has alienated some people in Europe through the use of energy as a foreign policy tool.