The regulator intends to toughen liability of ordinary employees of banks, convicted of involvement in illegal financial transactions. In respect of them may be applied the ban to work in credit organizations. This practice is now applied to top managers of banks, which can incur criminal penalties for intentional bankruptcy of credit institutions or damage the credit organizations and their creditors. Market participants fear that the fight controller for the purity of the reputation of its participants may result in prosecution officers, and organizers of criminal schemes will evade responsibility.

About the plans of the regulator to combat abuse in the financial sector at the annual meeting with bankers in the suburban boarding house “Bor” said the first Deputy Chairman of the Central Bank Sergey Shvetsov. “We plan to have an impact on the reputation of absolutely all the staff,” he said.

This is a conceptually new approach. Until now, the requirements to business reputation of financiers (especially bankers) existed only to management and owners of banks. They are barred from the profession for five years in case of incrimination of the actions that led to the bankruptcy of the Bank.

However, as explained by Sergey Shvetsov , the abuses in the banks are actively involved and ordinary employees, “up to the same tellers that the number of credit organizations directly participated in the formation of the same hidden (off-balance) deposits.” According to him, the Central Bank intends to deprive such employees of the right to a profession on a par with the management and owners of banks. “Now the market has a request for dishonest employees, and persons not willing to participate in the ongoing management of the Bank schemes, and individuals with a good business reputation just do not take the job. We want to fundamentally change this situation by creating a demand for good business reputation”, — he added.

Now a new concept is studied. The timing of its implementation Sergey Shvetsov declined to name, adding, however, that implemented this idea is “in any case”. 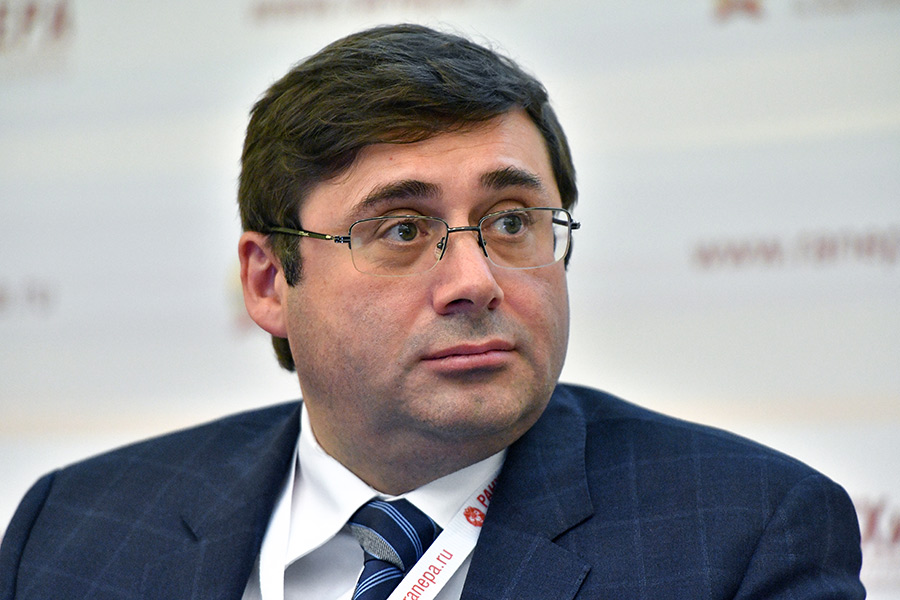 asked for comment future innovations of the Central Bank in ten large banks, but to comment on measures being considered were officially a few. While market participants in General supported the idea to toughen the penalties for the abuse of ordinary employees of the banks. “This is especially important if we are talking about Bank employees who have access to material values. If a previous job people were cheating, most likely he will continue to do the same at the new place of work”, — said the member of the Board of SDM-Bank Alexander Golubev. According to him, such employee must have a “black mark” to his next employer to know who he plans to take to work.

“We support the efforts of the Central Bank to combat abuses in the banking sector. However, we will be able to comment on the initiative when you look at the details of the document”, — said the press service of VTB.

According to the Bank of Russia, from 2006 to administrative responsibility for ensuring that the credit institution before the bankruptcy was attracted by top managers of 69 banks. Criminal penalties for willful bankruptcy suffered 57 bankers (55 credit institutions), in the courts on criminal charges are cases of persons who controlled the activities of 17 banks. As suspects in criminal cases are the owners and managers of more than 80 banks. Basically the bankers are accused or suspected of committing a crime under the following articles of the criminal code: 159 (Fraud), 160 (“Appropriation and embezzlement”), 196 (“Deliberate bankruptcy”) and 201 (“Abuse of authority”).

According to the President of the Association of Russian banks Tosunyan, the Bank employee should understand that he may lose the profession for participation in schemes for cashing, the creation of off-balance accounts. “The reputation of the banker must be perfect, because it forms the credibility of the entire banking market,” he said. As an example of the importance of business reputation for the banker Tosunyan has led the practice adopted by the fed. “Employees could lose their jobs even for some minor administrative violations, including Parking fines”, — he said.

However, some bankers questioned the effectiveness of monetary policy of the regulator in the framework of measures to combat abuses in the banks. “I would not expect that the toughening of requirements to business reputation of bankers will help clean the market from unscrupulous employees,” — said the head of the legal Department of a major Bank. According to him, the regulator and law enforcement will be very difficult to prove that the average employee knowingly participated in fraudulent schemes. “The same operator will always try to evade the fact that was just following the service manual and knew nothing about the violations”, — says the banker.

Predpravleniya Bank of the top 20 fears that as a result of innovations of the Central Bank the responsibility for unfair actions can be simply shifted from the real organizers of the scheme on its perpetrators. “In any Bank there are informal procedures which can be decorated according to the rules of the internal regulations. For example, management letters by email or even verbal orders,” he explains. Therefore, according to the banker, it is important during the expansion procedure, professional responsibility to the regulator does not have sight of those who gives the orders.

Garegin Tosunyan agrees that there are risks that professional under the ban can get performers who were not aware of what is happening. “We now have a policy of tougher penalties, but often we can’t prosecute those bankers who have clearly committed fraud,” he says. Therefore, according to head ARB, it is important that law enforcement practice was not punitive in relation to all Bank employees, which was discovered questionable transactions.

The court will not help

According to the partner bar Association “Ohanyan, Arepjev and partners” Zelimkhan Arepieva, Bank employees suspected of participating in suspicious transactions, there is little chance to appeal the ban of the profession in court. “Practice is that often in addition to the employment contract the employees of the companies and banks have when applying for a job to sign the internal regulations which set rules and responsibilities. If then it turns out that the activity of the employee was contrary to the law, the courts, as a rule, do not stand in their way. They motivate their decision by the fact that everyone had to know what was signed, what was agreed,” said the lawyer.