A poll by the Levada center, the attitude to the historic personalities was held 20-23 January 2017, among 1.6 thousand adult Russians in 48 regions of the country. Among Soviet and Russian leaders, respondents have recently become better to treat Joseph Stalin, Leonid Brezhnev, Boris Yeltsin and Vladimir Putin, to the sociologists. Top 3 favorite historical leaders of the Russians is, accordingly, Putin, Brezhnev and Stalin.

If with “admiration”, “respect” and “sympathy” to the General Secretary of the Central Committee of the CPSU(b) Stalin in March 2016 was treated with 37% in January 2017, that number had grown to 46%. The approval of Stalin reached a historic high of over 16 years, from the data of sociologists of the Levada center.

While reducing the number of indifferent to the Soviet leader (from 32 to 22% for the year) increased the number of malcontents by Stalin. If “aversion”, “fear”, “disgust”, “hatred” in the beginning of 2016 he was treated by 17%, in 2017 — already on 21%. Although, according to sociologists, negative attitude to Stalin gradually went from the beginning of 2000-ies.

Surge of positive emotions towards Stalin is that in the minds of people he is associated with “order in the country,” commented the Deputy Director of the Levada center Alexei Grazhdankin. “The more acute the situation in the country, the tougher the challenges facing the state, especially in the mass consciousness be in demand with people with a tough position, says the sociologist. In liberal times such sentiments are falling, now is a time of conflict with the West and a new round of the cold war, so we see the growth of sympathy for these figures”.

The General Secretary of the CPSU Brezhnev positively in April 2006, treated 39%. In January 2017 — is already 47%. From 12 to 9% over this period decreased the number of respondents relating to the Soviet leader negatively.

Better the Russians refer to the current President of Russia Vladimir Putin. In 2006 positively about Putin responded 76%, in 2017 — 83%. The negative to it for the same period decreased from 8 to 5%.

The only relatively mild policies of the three beloved leaders of Russians Brezhnev summed up the Grazhdankin. “This is due to the fact that his era was more or less happy and calm. If not hope for a better life, then at least strive for stability. A positive attitude is also due to the fact that in his time many were socialized and raised,” — said the sociologist. 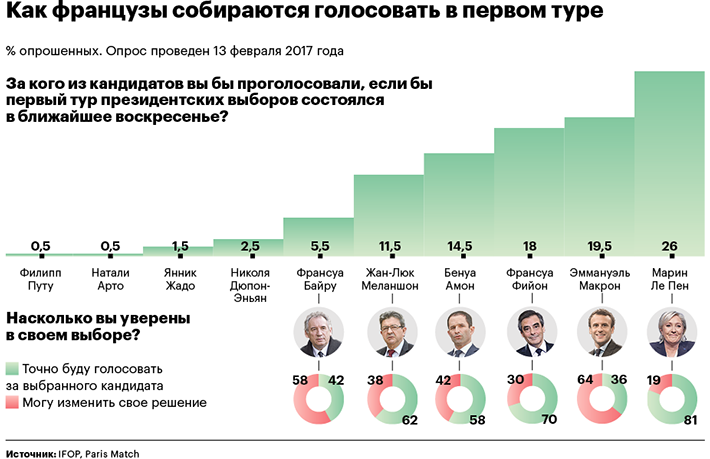 Top 3 disliked the historical leaders of the Russians is, accordingly, Gorbachev, Yeltsin, Khrushchev.

To the last Soviet General Secretary Mikhail Gorbachev positive attitude of the respondents slightly increased: from 13% in March 2015 15% in January 2017. On the other hand, significantly more was and its critics: from 36 to 46% in the same period.

Increased positive attitude towards the first Russian President Boris Yeltsin. From 12% in 2006 to 17% in 2017. These respondents began to treat him less hostile (48% this year vs. 57% last year).

Almost not changed the attitude of Russians to the first Secretary of the CPSU Central Committee Nikita Khrushchev. 28% positively treated him in 2006 and 2017. During the same period from 15 to 17% increase in the number of people dissatisfied with the Soviet leader.

The negativity of the Russians against Yeltsin, Khrushchev and Gorbachev is associated with the fact that respondents, their age is associated with negative processes, “the collapse of the country” in the era of their rule, said Grazhdankin.

Thus, according to the poll, Russians were worse treated in the Soviet Union founder Vladimir Lenin, General Secretary of the CPSU Yuri Andropov. The number of positively related to Lenin of Russians decreased from 47 to 44%, to Andropov — from 47 to 37% (data from April 2006 to January 2017). “The image of Lenin eroded; whereas in 2001, 60% of treated him positively, now only 44%,” — says the Deputy Director of the Levada center.