Global volume of arms transfers in 2012-2016 peaked in comparison with other five-year periods since the cold war, stated in the report of the Stockholm Institute for peace studies (SIPRI). According to the Institute, exports have increased by 8.4% compared to the figures of 2007-2011.

Russia has retained second place in the ranking of exporters (23%), traditionally behind US. Two countries supply over half the weapons in the world.

The fastest growing market, experts have called the middle East — in five years its share of arms imports increased by 86% and amounted to 29% of the global market.

According to SIPRI, the five largest suppliers providing almost three quarters (74%) of the global arms market. Leaders in export of the last five years, been the United States, Russia and China. The US accounts for a third of all world arms exports. Since 2012, the proportion of Washington in the arms trade grew by 21%. As the Director of weapons Programs and military expenditures SIPRI Od Fleran, the main share in the supply of American weapons is a strike aircraft equipped with cruise missiles and precision-guided munitions, air and missile defense of the last generation. 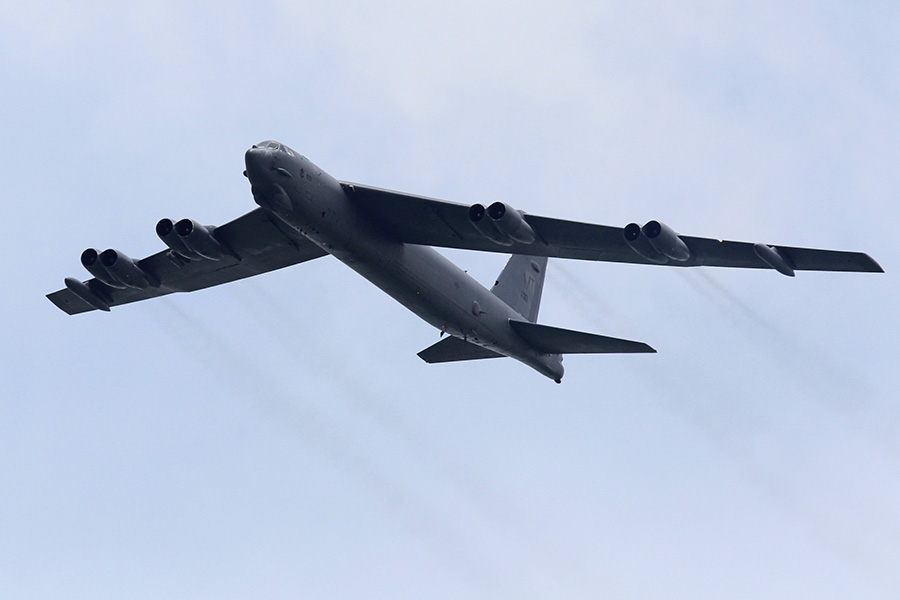 China, in turn, took third place world rankings (6.2% of the world total), sliding the France and Germany that supply 6% and 5.6% of arms, respectively. According to the report, the share of France in the market continues to decline due to completion of several large contracts signed over the past five years.

The leaders of the imports are from Asian countries, the analysts of the Institute: 43% of the world total. The main importer is India: according to SIPRI, she buys 13% of all weapons in the world. As experts point out, India is much higher than that of regional rivals — Pakistan and China. China, in turn, gradually replace imported weapons of its own, emphasizes Simon Wezeman, senior researcher of weapons programs and military expenditures SIPRI.

The highest growth compared with the previous five-year period, SIPRI recorded in the middle East. The leaders of the region are Saudi Arabia (+212%) and Qatar (+245%). According to experts of Institute, the Middle East countries continue to buy weapons despite established in 2016 on low oil prices. At the same time, as pointed out by senior researcher, SIPRI Pieter wezeman of the countries are trying to improve the technical equipment of the armed forces. The opposite is indicated by the data given in the investigation of the Balkan Investigative Reporting Network (BIRN). According to the data obtained by journalists, countries in the region (Saudi Arabia, UAE, Turkey and Jordan) has spent 1.2 billion euros on the purchase of obsolete weapons in the countries of Eastern Europe, primarily in Croatia and the Czech Republic. As pointed out by BIRN, the weapons were intended to support the militants in Syria and Iraq.

Questions to the assessment

According to the Director of the Center for analysis of strategies and technologies Ruslan Pukhov, methods SIPRI is not universal. “The Stockholm Institute does not consider, for example, non-combat systems — radar systems and other”, — the expert specifies. Therefore, according to Pukhov, perceive the results of SIPRI can only be combined with other data.

Despite the fact that the method of work of the SIPRI open data has its limitations, the Stockholm Institute is the most reliable source, says independent military analyst Anton Lavrov. “Not all transactions can be counted this way — this is especially true in Africa and non-democratic regimes,” says the expert.

What is SIPRI and how he believes

Stockholm Institute for peace studies (SIPRI) maintains a database on arms transfers worldwide. Information on the sale of weapons included in the database only in case if the delivery is accurate. SIPRI is financed by the Swedish government and receives grants from other sources.

Since 1969 the Institute publishes the “SIPRI Yearbook” (in Russian language publication produced in collaboration with the Institute of world economy and international relations). The publication provides an overview of the global market of armaments, disarmament and the situation with international security on the basis of data from open sources.

The Stockholm Institute is the world top-100 arms producers. To calculate the place the manufacturer uses standard unit indicator indicator expressed in US dollars and 1990 prices. Thus, according to the researchers, we can derive comparable indices for a long period.