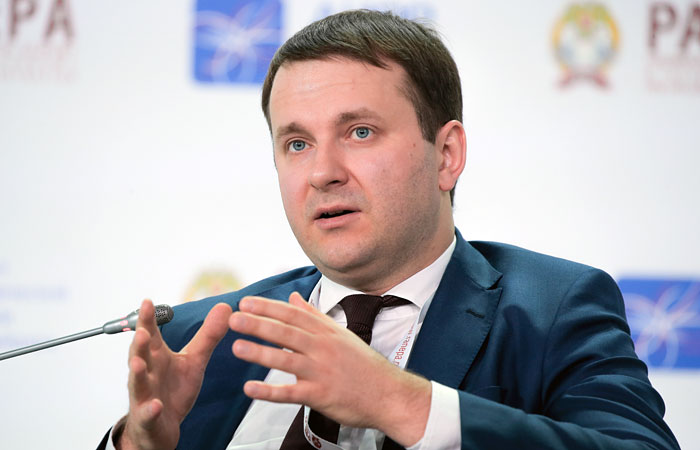 Moscow. 17 Feb. The trend towards the strengthening of the ruble, the recent market is seasonal and does not require special action by the authorities, said the head of Ministry of economic development of Russia Maxim Oreshkin.

“Two factors that play a key role is capital inflows, including those associated with the privatization transactions, and the second story is seasonality. Traditionally the first quarter is a strong quarter from the standpoint of the balance of payments, import in the beginning of the year is always small, these factors are now in the strengthening of the ruble,” – said the Minister.

In his words, “changes the action of the authorities, no not planned, it’s all as systematically declared”. “The Central Bank follows the policy of floating exchange rate, Ministry of Finance, in turn, continues to carry out the purchase (in the market volume of about $100 million per day), which was launched on 7 February,” – said M. Oreshkin.

“The Ministry buys about $100 million every day. This actually means that the increase in oil prices above $40 per barrel, the Ministry of Finance takes two-thirds of the additional pressure. That is, de facto, the Russian economy is living beyond the Urals price of $52, as we see in the market, and at a price of $44 per barrel. If we talk about specific levels, our forecast was at $40 – 67,5 rubles (the average annual exchange rate of the ruble to the dollar), it is clear that $44 value should be a little stronger,” – said the Minister.

“Overall, we expect that in the near future there will be some weakening of the ruble, and then its stabilization. The government continues to monitor closely the situation and, if necessary, will be on the situation to respond,” he concluded.