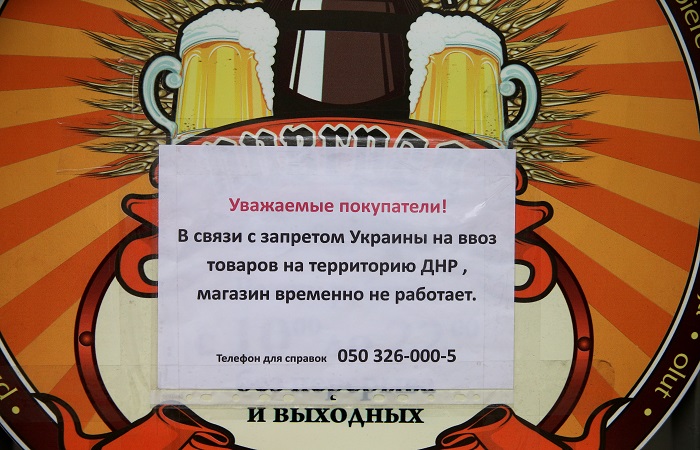 Moscow. 20 Feb. Ukraine in 2016 have been among the largest buyers of many Russian products – from vodka to confectionery products, increased export of milk, the lack of which is observed in Russia, “Vedomosti”, citing data of the Federal customs service. Remarkable dynamics of export of meat and beer: beer deliveries for the year increased by 1.5 times to 38.46 million decaliters.

Meat and offal in 2013-2014 in Kiev Russia bought. But in 2016 in Ukraine were delivered to 47 893 MT of this product. This is the best dynamics among all importing countries, and now in Ukraine, according to the Federal customs service, accounted for almost 30% of all Russian export of beer and meat. Thus, Ukraine remains the largest buyer of Russian beer for the first time became the largest buyer of Russian meat, pushing into second place Kazakhstan.

At the end of 2015, the authorities of Ukraine in response to Russian food embargo imposed a ban on the supply of most products from Russia, including beer and meat, the newspaper reminds. According to the state service of statistics of Ukraine, in January-November 2016 the import of meat from Russia to Ukraine decreased by more than 40 times before and amounted to only $15.4 thousand. The similar dynamics was observed with beer.

The representative of the Ministry of agrarian policy of Ukraine failed to explain the dynamics of export of Russian goods and the Russian FCS are unable to specify what the Ukrainian regions of Russia it delivers. Delivery on the territory controlled by the unrecognized DND and LNR, can be recorded as exports to Ukraine, and civil service statistics, these data are not records, explained the difference the employee of the Ukrainian service. Dozens of interlocutors of “sheets” in the Russian industrial and trading companies have confirmed that Russian products are shipped to these areas.

Close to the leadership of DNR, a source confirmed to the newspaper that the import of products from Russia actually increased, but significantly less than estimates of the FCS. He said to bring back the Russian meat disadvantageous because of smuggling from Ukraine is cheaper. He added that on the territory of DND, some companies release products from Russian raw materials, and some of them try to bypass the embargo to supply products to Russia, but not very successfully.