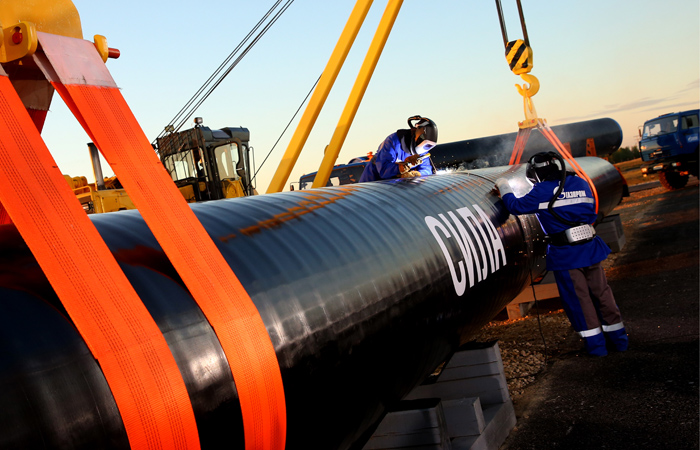 Moscow. 28 Feb. “Gazprom” as of February 1, built 490 km main gas pipeline to China “Power of Siberia”, according to a presentation for the investor Day gas company in Singapore.

At the end of December, the company revealed evidence of completion of 445 km. Thus, in January, the company fully built 45 km of trails (about a half km per day).

Based on these data we can conclude that by the end of February, the company has built over five hundred miles of trails, with a total length of 2158 km.

The company also announced that at the beginning of February, 699 km of welded pipes. “A plan for 2017 envisages the construction of more than 600 km of pipeline,” – said a member of the Board of “Gazprom” Oleg Aksyutin during the presentation.

According to the contract between Gazprom and CNPC, the supply trunk must begin in the period from may 2019 to may 2021. “Over time the window will be narrowed, making greater certainty” – said Aksyutin.