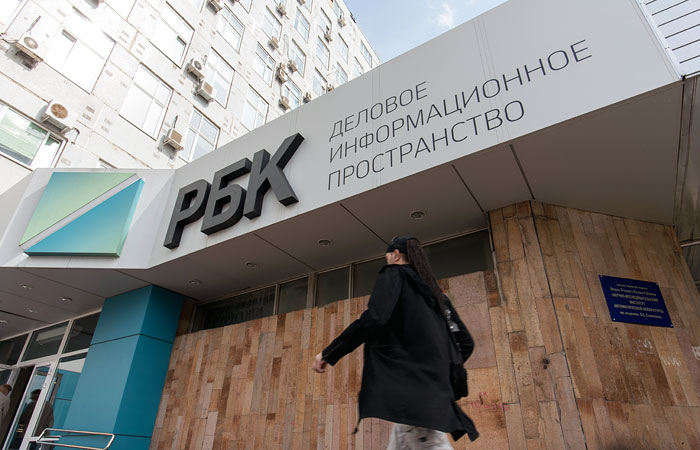 Moscow. March 1. Ninth arbitration court of appeal on Wednesday overturned a decision to recover a total of 390 thousand roubles from the founder of the newspaper RBC and three journalists in favor of “Rosneft” under the claim about protection of business reputation, reports.

According to the decision, untrue and discrediting the business reputation of Rosneft recognized the information disseminated not only in RBC but also discussed in the transmission of TV presenter Konstantin Bochkarev on RBC.

“To require the defendants to publish a refutation of defamatory information within ten days from the date the decision enters into force,” reads the resolution. At the same time, financial compensation, the appellate court reversed in full.

The Position Of “Rosneft”

Representatives of “Rosneft” asked to cancel the decision to such minor, in their opinion, recovery, and satisfy the claim of the company in full.

According to them, capital arbitration was “a violation of standards of social rights, as the court recognized invalid the assessment of damages and value of goodwill, by applying the law on appraisal activity”. “This law is not applicable here, as it does not provide for valuation of business reputation” they explained, adding that the lawsuit is not about the occurrence of specific non-pecuniary damage, and about the risks of its occurrence.

“Any negative information entails a risk of the company in the market, and hence increases the discount rate, and therefore reduction of goodwill. It all affects the relationship with investors,” said one of the representatives of “Rosneft”. In his opinion, “non-material injury is a potential intangible losses that could occur in the event of potential adverse consequences”.

In turn, representatives of the defendants asked the court to refuse satisfaction of requirements of the claimant in full, abolishing the recovery of any funds with RBC. According to the lawyer Evgeny Reznik, Rosneft representatives were not able to prove the existence of any damage occurring after the publication of the disputed material, but the first-instance court, nevertheless, awarded them compensation, including the founder of the newspaper RBC.

“The court, guided by their inner convictions, decided to charge the legal entity a certain amount, which is contrary to the explanations of the Supreme court in a review of the collection practices of non-pecuniary damage, as it is necessary the existence of a relationship between the actions of the defendant and the consequences to the plaintiff,” said Resnick. Thus, the recovery from the founder of RBK, OOO “BusinessPress” should be abolished as well as the collecting from the journalists, whose material does not affect the reputation of the plaintiff, the lawyer said.

The defendants say that the article is not defamatory and laudatory material.

According to the jurisprudence of the European court of human rights, in the opinion of the representative of the defendant, “was not public demand that such a neutral, even complimentary information has been removed, especially 10 months after publication it cannot be expunged”. According to the respondents, the claim of the oil company was “only one, non-legal, the goal is to bankruptcy media” as the amount claimed Rosneft’s claim is totally unprecedented and not based on Russian court practice.

The verdict of the first instance

The Moscow arbitration court on 12 December 2016 ordered jointly and severally with the founder of the newspaper RBK, OOO “BusinessPress” and three journalists 390 thousand roubles under the claim “Rosneft”, dismissing claims that the company “RBC-TV” and TV presenter Kirill I, in which they discussed a controversial article. Thus, the court partially satisfied the claim of “Rosneft”, which asked to collect from RBC 3,179 billion.

In January 2017 RBC appealed the decision. “RBC intends to achieve cancellation of the decision of the court of first instance, because it considers unproven defamatory nature of the material, “Sechin asked the government to protect Rosneft from BP” and reputational harm is absent”, – said then in a statement.

“We have studied the actions of our editors during the preparation of this material and have confirmation that it sets out only the facts. We want to understand how the situation changes if the expert evaluation and the information obtained in the course of the transaction, will be considered by the appellate court”, – explained the General Director of group of companies Nikolay Molibog.

The reason for litigation

The reason for going to court, “Rosneft” became the article of RBC from 11 APR 2016 “Sechin asked the government to protect Rosneft from BP,” which was devoted to the preparations for the privatization of 19.5% of Rosneft shares. The authors, citing its sources reported that the NC CEO Igor Sechin is concerned that BP in the course of privatization will acquire a blocking stake, in this connection requests the government to oblige the buyer of securities not to enter into a shareholder agreement with BP, which owns 19.75% of shares.

After the article representatives “Rosneft” declared that this information is untrue and discredits the business reputation of the company. According to the plaintiff, contained in article RBC information “is false and is a based on nothing fancy of journalists or their so-called sources.”

Defendants in the suit are the founder of RBK, OOO “BusinessPress” and the authors of the article Maxim tovkaylo, Timofey Dzyadko and Lyudmila Podobedova, as well as CJSC “RBC-TV” and TV presenter Kirill Bochkarev, where you discussed the content of the article.