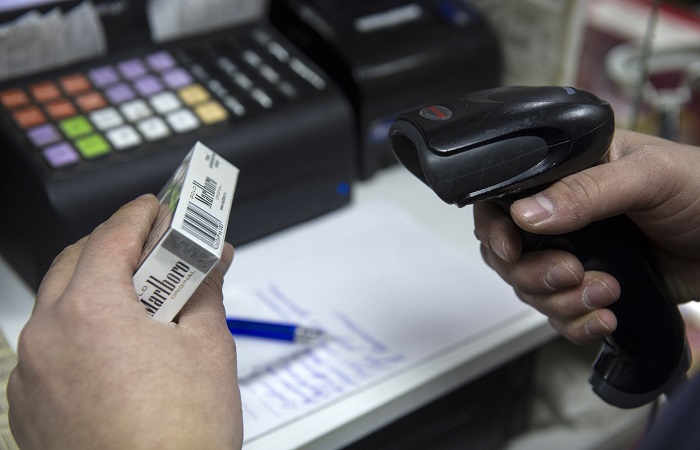 Moscow. 3 Mar. Deputy Prime Minister Alexander Khloponin appealed to President Vladimir Putin with a letter in which he proposed the creation of a single regulator for alcohol and tobacco products, according to “Kommersant”, citing Federal officials and sources in the industry. According to one of interlocutors of the newspaper, we are talking about the creation of the Agency, which would combine the functions of control to combat counterfeit and contraband products in both markets. This, in turn, involves extending the system of USAIS on the turnover of tobacco products. As told to the edition a source familiar with the letter, it is already a resolution approving of Putin.

According to “Kommersant”, the new mega-regulator can establish on the basis of rosalkogolregulirovaniya (PAP), which reports to the Ministry of Finance. In January, PAP reported that in 2016 revenues of excise duties on strong alcoholic beverages increased by 28.4% to 164,8 billion rubles According to the Agency, in large part, this growth was due to the displacement of retail counterfeit goods, which was made possible thanks primarily to the introduction of yegais.

The Ombudsman for protection of entrepreneurs ‘ rights in the sphere of regulation of excisable goods Victor Zvagelsky confirmed to the newspaper that the government had instructed the PAP to develop draft government resolution on the transfer of authority for regulation of the tobacco industry alcohol Ministry. “the volume of excise taxes from the production of cigarettes in six or seven times higher than from the production of alcohol, therefore the decision looks strange,” says the official. He is convinced that USAIS not solved fully the problem with the illegal trafficking of alcohol: “His efficiency in the tobacco industry raises doubts, especially because of problems with gray market cigarettes recently compounded”.

Rumors spread USAIS on cigarettes heard the interviewed representatives of tobacco companies, which, however, refer to this term with skepticism. Not support the propagation of EGAIS for tobacco and the Ministry of Finance. According to Federal officials, the Ministry does not consider USAIS suitable tool to monitor trafficking of cigarettes, so do not rule out that these goals can be proposed other mechanisms.

According to Philip Morris International, the Russian tobacco market in 2016 decreased by 4.6% to 280,7 billion cigarettes under the influence of rising prices because of higher excise taxes. In this year of cigarettes in Russia will start selling in new packages, which will be placed images of internal organs of a smoker, reported in late January, the Minister of health Veronika Skvortsova.