Only through their participation in the Eurasian economic Union (EEU) some of its member countries have the opportunity to buy Russian gas at preferential prices, he said at the intergovernmental Council of the Union, the Prime Minister of Russia Dmitry Medvedev, urging the head of the governments of Armenia, Belarus, Kazakhstan and Kyrgyzstan to talk about it “directly, without beating about the Bush”.

“If some countries present here, were not included in the composition of our Union or, imagine, seceded from the Union, they would buy the gas at European prices — about $200 per thousand cubic meters. That’s all. Don’t need to prove anything, to practice calculations. It would have been significantly, much more expensive,” — said Medvedev (quoted by TASS). 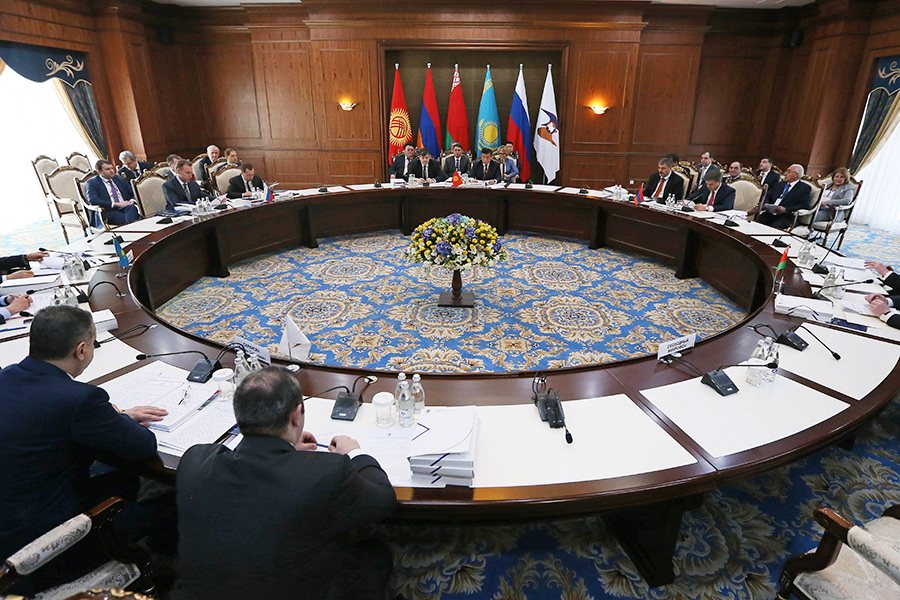 The meeting of the Eurasian intergovernmental Council in narrow format

The Prime Minister urged his colleagues to remember about a reduced price on gas when making decisions hindering or blocking the process of integration into the EAEC. He also pointed to the inadmissibility of migration issues in the bilateral relations of individual members of the EEU on the relations within the Union as a whole, comparing this approach with the blackmail.

“Here no one force does not hold” — said Medvedev, noting that all members of the EAEU have entered into it voluntarily, having at the end, “significant benefits on energy cooperation” and to increase the volume of exports to the Russian market.

In early February of 2017, the media reported that the authorities of Belarus wants to withdraw from the Union, CSTO, and, possibly, of the Union state of Russia and Belarus. Later, the President of Belarus Alexander Lukashenko has called the rumors “a complete lie”