interviewed 15 leading mortgage banks, to find out their plans for the renewal of collateral on loans for housing in the demolished five-storey buildings. According to the survey, only a third of them (VTB24 Absolut Bank, Vozrozhdenie, URALSIB, UniCredit Bank) agreed to reveal their vision of interaction with borrowers on this issue. Sberbank and Sviaz-Bank have refused comments, and the rest of the surveyed banks did not answer the queries in detail.

Official statistics how many flats to be demolished Khrushchev pledged in favor of the creditor banks, no. Such housing banks lend and lend not too readily, says Director of lending and insurance products Absolut Bank Anton Pavlov. Despite this, the apartments in the 8 th five-storey buildings slated for demolition under the new program of elimination of Khrushchev, accounts for about 3% of the mortgage loans in the secondary market of housing in Moscow, provided expert evaluation of the Bank’s representative of the top 10. However, to confirm this figure it is impossible: the data on the secondary housing market in the regions, the Central Bank does not disclose. But even these mentioned 3% of the matter can not be limited. In connection with the quarterly principle of demolition it can also be not only the building, but nine-panel, indicates the source .

A key moment in the demolition of housing — the timely renewal of a pledge. If this does not happen, risks arise as the lending Bank and the borrower, indicate the interviewed bankers.

A life without burdens

St. 41 of the law “On mortgage” provides that if in connection with the actions of the municipal authorities the right of ownership of the pledger (borrower) on the mortgage is terminated, he is given other property and, accordingly, the mortgage extends to it.

However, this is not happening automatically, the pledge agreement will have to be reissued. At the same time, as pointed out by the lawyer, and the President of the Guild of lawyers real estate Oleg Sukhov, a lot will depend on the terms of the original loan agreement.

If all of this is spelled out in the contract, we have to act according to instructions, and if not, in each case, the issues are solved individually, the lawyers explained. “We will change the subject of the pledge, to issue a new mortgage. In this case the borrower will be obliged, under the agreement with UniCredit Bank, notify the Bank of “the loss of the collateral,” says the head of the legal Department, UniCredit Bank Natalia Okuneva.

“Borrowers must be made the search for a new security Deposit, which shall be executed accordingly”, — said Sukhov.

Upon written request of the owner and with the consent of the Bank is a contract that defines the transfer of ownership to another well-appointed living room, equivalent to vacated residential premises, said Pavlov of Absolut Bank. “This contract States that in connection with the replacement of the collateral at registration of the contract at the same time subject to state registration and the burden of new housing pledge in favor of the Bank, and also prepared mortgage to a new collateral object,” he explains.

If between the disappearance of the old and making a new Deposit it has been a long time, the key risk for the borrower there is a requirement of the Bank on the early repayment of the loan, warns the partner of legal Bureau Zamoskvorechye Dmitry Shevchenko. According to the law “On mortgage” the mortgagee (the Bank), if its interests are not fully protected, the right to demand early repayment of the loan and foreclosure on the borrower’s property.

To ignore the Bank or delay the process of renewal of the Deposit lawyers borrowers are not recommended. “Timely renewal is the most rational decision for both sides. If the borrower does not agree to the replacement of the mortgage, the courts will most likely side with the banks,” — says the partner of the F1 Legal, Farid Babayev. 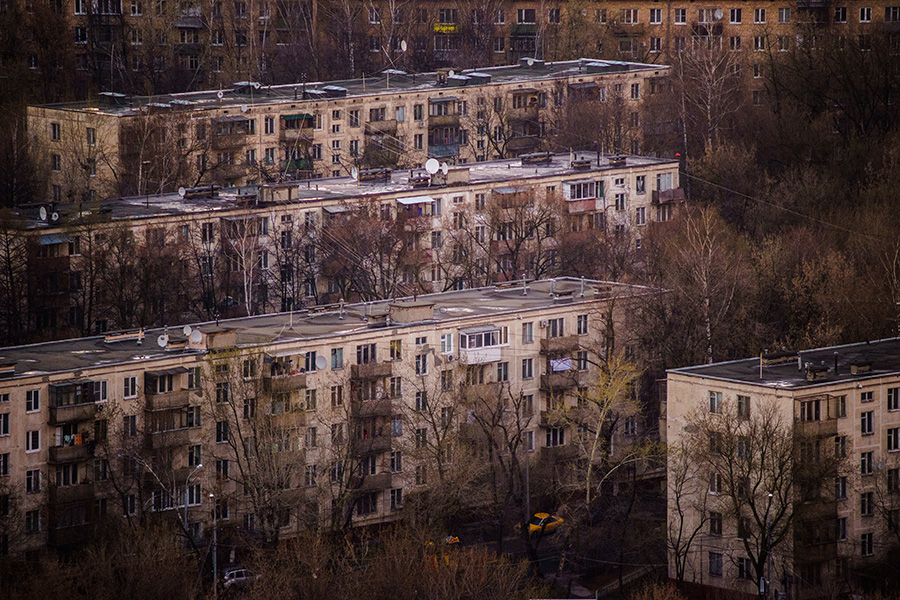 Another serious risk for the borrower associated with the replacement of the collateral, — additional costs. So, in the “Revival” in the case of replacement collateral in connection with the demolition of the house will levy a cost assessment of new collateral. Currently, the amount of the processing fee is about 5-6 thousand rubles, and sets up his appraisal company. Charge directly for the replacement of the Deposit Bank promises not to take.

The bankers point out that to derive any benefit from the replacement of lower quality collateral for higher quality (the old housing will be replaced by new, potentially more expensive) from borrowers will not work: the terms of the loan (rate, period, amount) should not change, as in this case a new loan is issued, and changing only the Deposit. “We will maintain the timing and amount of the loan,” — says Natalia Okuneva.

The benefits of granting the Bank a new Deposit of better housing is only possible with real estate as the borrower and the lender (for example, in the implementation of the collection procedure), she explained.

Banks are at risk too

Lawyers interviewed noted that due to the fact that the renewal of the documents takes time, and each case is individual, the risks arise not only from borrowers, but banks themselves.

According to the rules of the Central Bank, not secured loans are more risky. “The loss of the initial Deposit and registration of ownership of other collateral may not occur simultaneously, which may lead to the necessity of formation of banks reserves for unsecured loans, indicates Dmitry Shevchenko of “Zamoskvorechye”. “The program of demolition of five-story building will increase the risk of additional provisioning for banks associated with the loss of the object of pledge in the case of the demolition of the house”, says first Deputy Chairman of the management Board of the Bank housing Finance Igor Zhigunov.
Possible, to minimize the risks banks could help the special state program of redemption of collateral in the demolished homes, adds Dmitry Shevchenko. However, such a program will not be reported.

Risks of loss of security, and as a result, the interest of the borrowers in repayment of loan, banks are well understood. In this regard, they are taking preventive measures. They are treated as additional notice to borrowers about the risks involved and strict requirements to the borrowers inform the Bank about the fate of collateral.
Many banks already ask customers about the need to quickly contact the Bank after receiving notice of the demolition in person, when visiting offices or in writing, its credit Manager, as well as through a variety of channels, including through Facebook. “A client must not later than ten days from the date of receipt of the notification to inform the Bank and provide information on the proposed compensation (in return, provide housing, land, monetary compensation, etc.)”, — said the representative of the press service of VTB, adding that this is a standard condition in mortgage loans of the Bank. Bank Vozrozhdenie also point out, citing the terms of contracts that the clients have the obligation to inform them in a 10-day period, received notification of the demolition.

However, the requirement for borrowers to notify the Bank more reassurance, says Anton Pavlov. “When the dwelling is pledged to the Bank notice (a legal act of relocation and the demolition of the house) the authorized body of the Executive power directs and the owner of the property, and the Bank”, — he said.

Another side effect in a situation of total demolition of five-story building in Moscow can be a sharp limit or altogether cease lending banks citizens to buy housing in such housing, said Igor Zhigunov: “Now the banks, most likely, will not be considered as credit facilities housing potentially affected by the new programme of demolition”.

With the participation of Anastasia Krivorotova