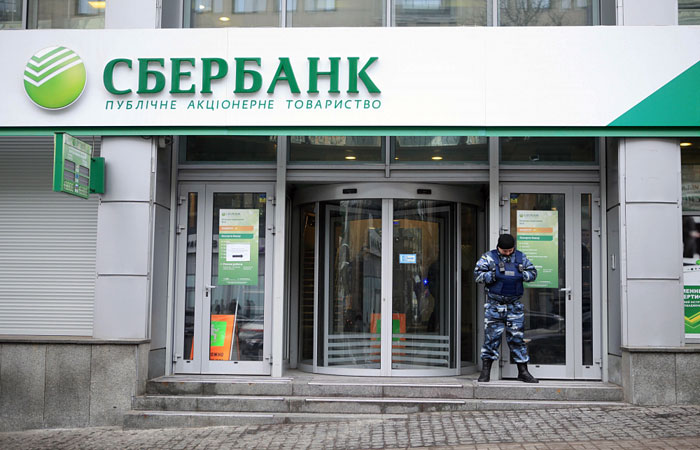 Moscow. 9 Mar. Subsidiary Bank of Sberbank of Russia in Ukraine – PJSC “Sberbank” – does not serve individuals and legal entities on the basis of the documents issued on uncontrollable the Ukrainian power territories, said in comments of the Bank in response to the request of the Agency “Interfax-Ukraine”.

“PJSC “Sberbank”, being a Ukrainian commercial Bank, in carrying out its activities under license of the NBU, shall strictly abide by the norms of Ukrainian legislation. The Bank did not serve, does not serve and does not intend to maintain the physical and legal persons on the basis of the documents issued on uncontrollable the Ukrainian power territories, and does not perform any financial operations in these areas. The Bank serves clients exclusively on the basis of documents identifying them in accordance with the requirements of Ukrainian legislation”, – stated in the message.

As noted, all Bank customers pass the procedure of mandatory identification in accordance with the requirements of the legislation of Ukraine. In particular, in accordance with the legislation of Ukraine, “the Bank does not serve individuals included in the official list are involved in terrorist activity or to whom international sanctions apply, and carries out blocking of financial transactions of such persons taking into account the recommendations of the FATF and the relevant decisions of the Council of national security and defense Council (NSDC) and the Cabinet of Ministers of Ukraine”.

March 7 the national Bank of Ukraine has threatened sanctions subsidiary Bank of Sberbank in Ukraine, if confirmed information about the readiness of the parent Bank to provide services for persons who are holders of passports of the breakaway DNI and LC.

Sberbank (formerly, JSC “Subsidiary Bank Sberbank of Russia”, before that Bank NRB ) was established in 2001, its sole owner is the savings Bank of Russia . According to the national Bank of Ukraine, by 1 January 2017 in terms of assets he held sixth place among 93 operating in the country banks.