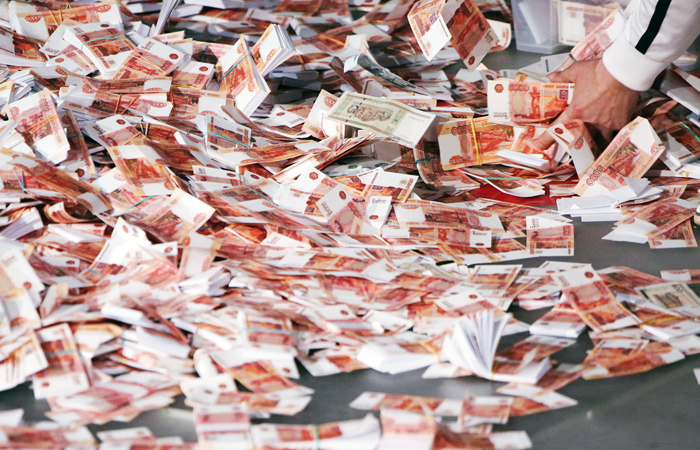 Moscow. March 15. The proposed Ministry of Finance tax reform with lower rates of insurance contributions from 30% to 22% and increased the VAT rate from 18% to 22% is intended to equalize the competitive conditions in the economy, to slow down the process of care of business in the informal sector and, as a consequence, to reduce the imbalance of public insurance systems, told reporters Deputy Finance Minister Vladimir Kolychev. While the Finance Ministry claim that do not aim maneuver of fiscal devaluation.

“In a country with a floating exchange rate impossible fiscal devaluation. It is only possible in countries with a managed exchange rate, some of them, when they could not adapt to external shocks through exchange rate adjustment, resorted to such policies”, – said Kolychev.

The maneuver only affects the standard VAT rate (18%), the preferential 10% rate is not changed, are also retained and the existing benefits on insurance premiums, but the Ministry of Finance proposes to remove the 10 per cent threshold for Pension Fund contributions, which are paid from surplus in 2017, the annual salary of 876 thousand rubles. As a result of implementation of the maneuver transfer to the Pension Fund from the Federal budget will increase, however, in the opinion of the Ministry of Finance, the system with the current level of premiums in the future will be more unbalanced than if it is to increase transfer.

The Finance Ministry is not afraid to lower collection of VAT as a result of higher rates, noting that the experience of other countries shows that the problems with the administration of start at a rate of 25% and above.

Speaking about the goals that the Ministry of Finance would like to achieve with the maneuver, Vladimir Kolychev said the existing problem that the structure of the tax system “is ground not under it, to contribute to the achievement of certain goals of economic policy, for example, a more rapid and sustainable growth, but rather, especially in respect of direct taxes, under to provide certain social obligations, insurance principles to ensure these obligations – pension, medical, social”.

“We have a very serious concern that we are not in equilibrium. (…) We fear that the trends that have been the past 10 years, will continue to develop. A very good example of the debate about how to balance the budget of the HIF, which took place in the fall. When he submitted a budget to the government, it was made with the assumption that insurance contributions to the HIF will be increased. This is a good example of what this vicious circle results”, – noted he.

“Effects of the economy – “shadowing” or an increase in the share of informal employment, informal practices of paying salaries and, consequently, the creation of unequal competitive conditions for different companies. It complains the business community, especially in those segments which are prevalent in the company are fully paying taxes,” – said Kolychev. According to him, the difference in the operating margin of companies that are completely “white” in different sectors and companies to some extent use informal practices, on average, can reach 40%.

The Deputy Minister noted that the last 7-8 years have seen a decline in the share of formal employment in the employment structure of the extrabudgetary sector, on the order of 0.7 percentage points each year. “If she will decline, it will lead to a significant shortfall in revenues of the budget system, mainly in the part of personal income tax and insurance contributions”, – said Kolychev.

In General, according to the Finance Ministry, in numbers, in 2016 the volume envelope of payroll schemas and payroll of the informal sector was of the order of 12 trillion roubles. Expenditures and savings on the economy is about 58 trillion. “As the share of labour income associated with the ownership of assets and social benefits, it is about 25%. (…) It would be nice if it didn’t grow”, – said the Deputy Minister.

While solving the problem of reducing the informal sector, the Finance Ministry does not want to act tough administrative methods. Vladimir Kolychev, in particular, as a negative example of the consequences of such practices have caused the introduction of a system charging a 12-ton trucks “Plato”.

“The experience of whitewash in the other segments of the market shows that there are negative examples, such as the freight transport market, when the whitewash was carried out rigid administrative methods, including the introduction of IT systems in which it is hard to work in the informal part of the economy. We don’t want this whitewash was associated with a significant, up to disastrous consequences to the economy of businesses now involved in informal practices,” he said.

The Ministry of Finance, the Deputy Minister, would like to the cost of switching from informal to formal practices were minimal. “Seriously clamping administratively, companies are forced to pay fully, then it is likely that those who had used informal practices will be competitive, will be forced out of the market with negative consequences for the economy as a whole. Therefore, the transition from informal practices to formal we want to mitigate. The whole point of the tax maneuver. We structure the maneuver so that the negative indirect impact is as minimal and positive as possible”, – he explained.

According to him, the difference between what it currently pays the informal sector for their practice now, and its transition to “white” as a result of the maneuver, of course, will remain. However, as the Minister mentioned, it is important to understand that “when you are an informal practice, you still there are risks”. “Therefore, the smaller the gap, even if it is saved, the better the conditions to switch from the informal to the formal plane, it was not so serious from the point of view of the consequences for the economy of the business,” he said.

Speaking in General about what the scale of the whitewash is awaiting the Ministry of Finance, he noted that even in order to keep the ratio of informal and formal sector at the current level, it is necessary to take some measures so that this trend does not worsen. “Would maneuver to the fact that the whitewash or not, we believe that conditions are created in order to contribute to this”, – noted the Deputy Minister.

From the tax maneuver, said Kolychev, wins the formal sector in almost all sectors. “The only sector, at least in the enlarged view, which loses it’s construction, there is a negative consequence due to the fact that a high proportion of informal payments of wages. From VAT go hard, increasing the VAT, of course, the construction sector to a greater extent pay, while the positive effect of reducing insurance premiums is less because the share of wages in envelopes there’s more. If you look at the 12 Aquadev (all-Russian classifier of types of economic activity), the only NACE, whose negative consequences the construction. The rest of the neutral to deeply positive,” he said. The industry as a whole the effect will be positive. The most positive indirect effect of the maneuver will have to export and import-substituting companies.

In General, the maneuver should contribute to economic growth, expects the Ministry of Finance. In addition, he recalled that the Ministry develops a plan of measures that will be used “to overcome our limitations in terms of labor market, low economic employment in different age groups, the lowest migration of skilled personnel.” “Maneuver works better if accompanied with measures that will increase supply in the labour market. We will endeavour to ensure that the plan of measures of Ministry of economic development correlated with the tax maneuver. In principle, the tax maneuver is part of the plan, which the Ministry of economic development is doing now,” said he.

As previously stated the Minister of Finance Anton Siluanov, the budget maneuver 22/22 will have a neutral impact. “This means that the lower premiums will be accompanied by an increase in VAT, respectively, all negative, to the penny, the effect on the budgets of the funds associated with a reduction of receipts of insurance contributions, will be fully offset by additional transfers from the Federal budget. The transfer will increase by exactly the amount by which the parameters of a maneuver appears a revenue shortfall of funds”, – said Kolychev.

According to Finance Ministry estimates, in 2019, in the case of the introduction of the maneuver reduction of receipts of insurance contributions will be slightly less than 1.4 trillion rubles, VAT receipts will grow by 1.2 trillion rubles. The difference in 200 billion roubles between these parameters would neutralize the savings on insurance premiums for public sector employees. “Neutrality for the budget system is considered not only revenues but also expenses. A large portion of the wage Fund accounts for the budget sector and, accordingly, will be some savings by reducing insurance premiums, it is also considered in the overall neutral effect,” said Vladimir Kolychev.

The Ministry of Finance in assessing the impact of maneuver on the budget does not take into account the possible effect of “whitewashing” the informal sector. “When we talk about neutrality for the budget, we are talking about the fact that if the current share of formal and informal sectors continues, the effect will be neutral. (…) The budget estimates we are not doing the whitewashing. This is a conservative approach to budget planning,” – said the Deputy Minister.

“The total direct effect, we believe, based on the transfer of one to one VAT and distribution of reducing insurance premiums between the consumer and the corporate sector is approximately 50/50, depending on the final parameters of the maneuver can be from 1 to 1.5 percentage points (…) When we are talking about 2 percentage points or more, considered a secondary effect associated with inflation”, – said Kolychev.

The Ministry of Finance does not consider the contribution of tax changes to inflation so essential to hold it in several stages. “The big problem is the attitude of the Russian business and households to the Russian authorities – there is no trust. When we long something is posted, the trust will not be”, – said Kolychev. He said that the Ministry of Finance showed his calculations the Bank of Russia.

“Employees of the Central Bank agreed with our inflationary consequences, including. Of course, it is easier to make this decision, when inflation expectations have stabilized, in this respect, the introduction is very important when thinking of the Central Bank, to support this or not,” he said. According to Kolycheva, the experience of developed countries shows that the regulator on the policy of raising taxes either not react at all or react in the part to which it affects inflationary expectations.

Speaking about the impact of the maneuver on the exchange rate, he said that it will be positive. “We are talking about changing relative prices to the extent in any case, 4%, actually less, because the rates change here and there 4 p. p. Therefore, the effect on the exchange rate will be less obvious than 4%, then the question is, how less. And since it is not much, then maybe it’s not such an important factor. We took that into account when we calculated the effect on inflation, but he’s just not as ambitious to discuss it in detail”, – said Kolychev.