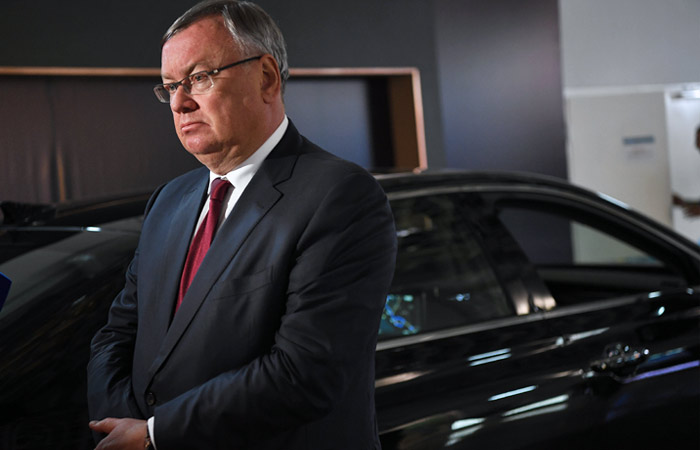 Moscow. March 16. The head of VTB Andrey Kostin declined to comment on the information to the media about his involvement in the “case speaker”. Earlier, the TV channel “Rain” with reference to sources reported that Alexei Ulyukayev, as Minister of economic development, using Costin gave the head of “Rosneft” Igor Sechin request for payment to the employees of the Ministry for preparation to privatization of “Bashneft”.

“If I were trump, I would say that fake news is doing only “marginal media”, which is the most unfortunate people on earth. But since I was wrong to repeat the words of the American President, I would say the following – I will never comment on any information based on unnamed sources,” said Kostin reporters.

“We had the magazine “Company”, who also worked what caused it really. I do not consider it necessary and appropriate to comment on the reports, based on unnamed sources. I think these sources are used in this case some nefarious media, so will not comment, because it’s not worth it. If you’re the source, call, who,” – said the head of VTB.

The case against speaker

On the night of 15 November 2016, the Investigative Committee announced the criminal case against Alexei Ulyukayev. He was charged with receiving a bribe by a person holding a public office, with extortion of a bribe in especially large size. Basmanny court of Moscow sent to speaker under house arrest until January 15, denying him the protection of the election of softer measure of restraint.

November 29, was arrested on the property of the former Minister. In RCDS noted that the circumstances of the crime associated with obtaining Ulyukaev $2 million for the Ministry of economic development issued a positive evaluation, which allowed Rosneft to carry out the acquisition of a state block of shares of “Bashneft” in the amount of 50%.

President Vladimir Putin November 15, freed the speaker from his post in connection with loss of trust.