The Central Bank rejected the proposal of the Association of regional banks to allow credit institutions to enter, at its discretion, negative interest rates on foreign currency deposits. As stated in the official document of the Central Bank, “there can be no assurance that such changes in legislation is justified”.

It is obvious that we are talking about deposits in Euro as formulating a sentence about negative rates, the Association’s representatives referred to the negative rates in the Eurozone. The situation is aggravated by the fact that corporate clients often place their foreign currency funds in demand Deposit accounts that does not allow banks to invest in long-term projects with increased profitability. As a result, the receiving monetary funds of natural and legal persons (in particular exporters receiving income in foreign currency, or companies who need it to make payments to contractors) turns to banks, “relevant interest costs”. This is because rates of return on deposits and accounts they although different (depending on the maturity period, amount, currency, etc.), but in any case positive, including by means of demand.

The situation with the placement of dollar deposits is different. “The real interest rate under which you can place the borrowed dollars of client funds is much higher and it continues to grow,” — said the Chairman of the management Board of Nordea Bank Mikhail Polyakov.

Where did the problem

Despite the negative response, the Central Bank stated that “the problem exists”. According to the regulator, currency attracted by Russian banks the funds by the end of 2016 was 26.5 percent. During the year this indicator decreased by 6.7 percentage points, but remained significant. According to “Overview of the banking sector” Central Bank, on March 1, 2017, the company posted in the banks currency (in ruble equivalent) for 10 trillion rubles, of which 7.5 trillion rubles on deposits of 2.5 trillion rubles in settlement and other accounts. Individuals on the same date held in banks currency in 5.5 trillion in ruble equivalent. 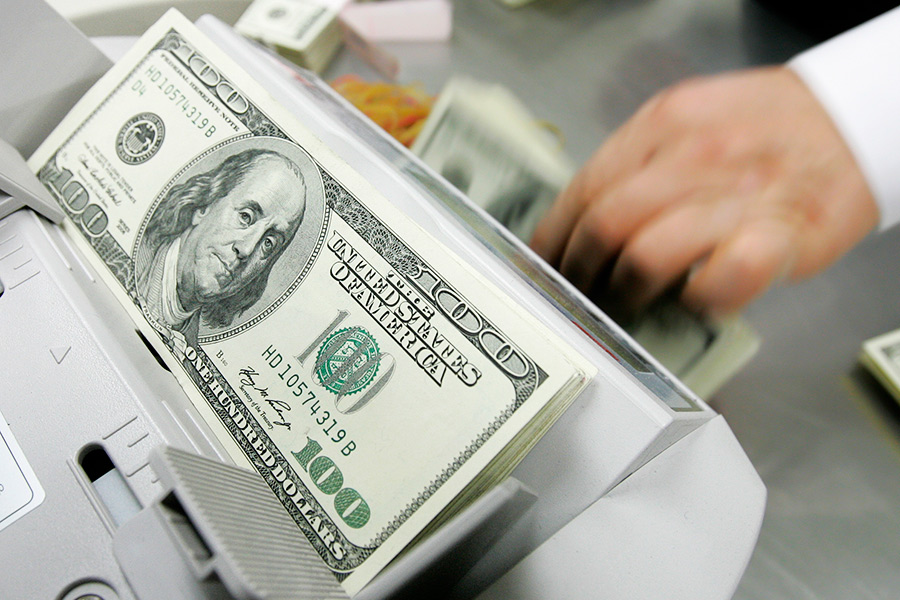 Head of Directorate for work with private clients of Citibank in Russia Mikhail Berner explains the problem of excess liquidity in Euro in the European markets, which include Russia: “the Banks have nowhere to place liquidity in euros, and for the means which are on accounts of clients, according to Russian law you have to pay a certain percentage. This creates loss account rather big, it has no income but have expenses”.

Surcharge from customers for the placement of currency in banks could alleviate the problem. “Moving rates to attract foreign currency funds into the negative plane, the Bank could either earn or to force clients to take their money”, — says the analyst of “VTB Capital” Mikhail Nikitin.

Russian bankers also refer to foreign experience. Negative interest rates on client accounts and deposits permitted in a number of European countries — Denmark, Sweden, Switzerland, Germany, Italy, Hungary, etc., and also in Japan. However, this is done to stimulate the conversion of savings into investments amid low, close to zero inflation or deflation.

Why the Central Bank against

Commenting on his decision, the Central Bank led two arguments. First, “the practice of setting negative interest rates exist only in certain Eurozone countries and individual operations”; second, it could “lead to the accumulation of large amounts of monetary liquidity outside the banking system”, that is, to the growth of the shadow currency market.

The Central Bank can be other reasons to object to the introduction of negative interest rates on customer foreign currency assets, according to bankers. “In addition to the business component has an image. Many customers, particularly individuals, may perceive negative rates negatively,” — said the Deputy Chairman of the Board of Raiffeisenbank Andrey Stepanenko. Chief analyst of Sberbank Mikhail Matovnikov agree that “the appearance of negative rates — quite a serious negative.”

What will happen next

The banking community can solve the problem on its own. Bankers simply cease to attract liquidity in euros, removing from the line of its products for individuals corresponding deposits, indicate market participants. “As for individuals, the solution may be the termination of attraction of new deposits in euros,” — said Stepanenko, adding that Russia’s Raiffeisenbank sees the opportunity. In his opinion, this strategy can elect other players. As a result of the ability of Russians to diversify their savings will be reduced.

However, while in the banking community there is no consensus on this. Sberbank and Citibank plans at rates refused to comment. “As VTB24 and retail business of VTB Bank, in the short term to adjust the yield on foreign currency deposits is not planned”, — said the representative of VTB group.

To go the same way against legal entities banks will be more difficult. “Good corporate clients is critical for most banks, and to abandon them due to losses against the Euro, no one will. This problem banks will be resolved through the improvement of their treasuries,” said the Manager of one of banks included in top-30 by assets.

In his opinion, the problem did not appear yesterday, but with proper management of liquidity is solvable. “Most likely, the appeal of the Association in the Bank caused by the surge inflow of liquidity in Euro from customers of specific banks, which they are quite rightly supported with reference to the General a difficult situation in the market.”

It is not excluded, said the source , in recent months, the situation was exacerbated by the accumulation of Russian companies on your accounts currency, including euros, to pay foreign debts. In the first quarter of 2017, according to the Central Bank, these payments must be more than 15 billion in dollar equivalent.