The Ministry of labor freed the government from the obligation to rapidly increase the salaries of social workers for the may decree of President Vladimir Putin. Introduction approved by the Ministry on professional standards led to the fact that the number of social workers in the country declined by more than 15% against the planned target of the “road map” to improve the quality of social services. About it deputies of the state Duma on Wednesday was declared on March 15, the auditor of the audit chamber Vladimir Katrenko.

7 may 2012 Putin signed a decree on improvement of social policy, authorizing the government to 2018, to increase the salaries of social workers, including those employed in health institutions, up to 100% of the average wage in their regions. But the result of the application approved at the beginning of 2014 profstandart “Social worker” part of social workers were transferred to other positions which do not fall under action of the presidential decree on increasing salaries, Katrenko said.

According to him, derived from the operation of presidential decree workers are called “workers of the Bureau of consumer services”, “social workers”, “assistants”, etc. These manipulations, in particular, has led to the fact that in the first nine months of the year 2016 the number of social workers in Russia decreased by 15% relative to the standard of the “road map” the Ministry of labor, said the auditor. 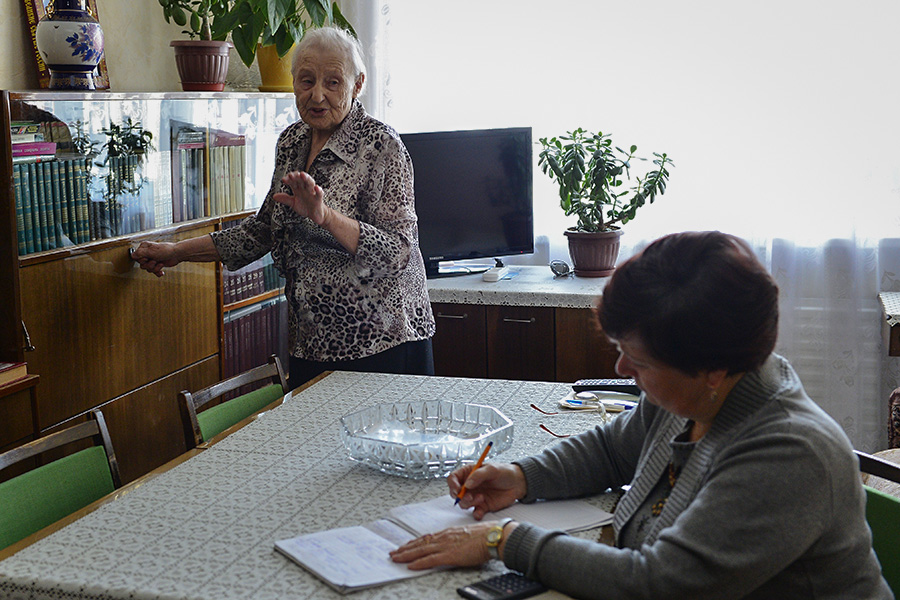 The Minister of labour Maxim Topilin, speaking in the Duma on Wednesday, promised that the data the President the decree to increase the salaries of state employees will be completed on time. The press service of the Ministry said that, according to the Ministry of labor, the adoption of professional standards “Social worker” could not affect the change in the number of this category of workers, “as the professional standard contains a description of the main job functions of a social worker, requirements for education and training (secondary vocational education) and involves the performance of work functions of the social worker other professionals”. The observed reduction in the number of social workers “associated with the intensification of the work of social workers and the development of the private sector provision of social services in the form of social services at home”, said the representative of the Ministry of labor. With regard to the regional roadmaps, the Ministry is working jointly with the regions for their correction.

The chamber has studied the situation with the Russians ‘ access to social services, and “the conclusion is disappointing,” said Katrenko. In 2016, this service is available for population did not, the problem is not so much the lack of funding as “the lack of a uniform and reasonable approach” to the delivery of social services, I believe in the chamber. As a result, the situation with access to social services can vary widely, even in neighboring regions, the auditor: for example, in the Central Federal district the ratio of the load per caseworker ranges from 13.5 man in the Kostroma region to 9.8 in Bryansk (in both cases, data are given for urban areas).

Instructions prescribed in the may decrees, in particular 70%, reported by the government in may last year. But those decrees which are intended to improve people’s lives, is often performed only formally, noted the experts of the Higher school of Economics. To carry out the plan on paper officials could, for example, by changing the nature of the targets. So, Rosstat in its time has changed the definition of high-performance jobs, the number of which Putin instructed to increase to 25 million by 2020. If before they were understood as the place where value added exceeded the level determined by the average level of GDP per employment in the six largest economies in the world, with 2013 this criterion is determined using the average monthly salary.

Decrees of may require increasing the salaries of doctors, teachers and social workers not in absolute terms and in relation to the average wage level in the regions (salaries of social workers needs to be by 2018 will increase to 100% srednerynochnyh wages). This means that, in principle, the salaries of the “may” category may not grow — most importantly, that figure has grown relative to total wages. In addition, in 2015, Rosstat, the government changed the method of calculating the average wage in the region, which is used for monitoring the execution of the may decrees. Instead of the average monthly salary in the organizations was used by “the average monthly income from employment”, which includes work in the informal sector, self-employed sole proprietors and individuals.

Due to the revision of the methodology the index of average salaries in the region, which compares the salaries of doctors, teachers and social workers has decreased, and the ratio for the may decrees, accordingly, increased. So, at the end of 2016, the average salary in Russia in the framework of the monitoring of the may decrees amounted to 32.7 thousand rubles, and the average salary of workers “the full range of organizations” to 36.7 thousand Average salary of social workers in Russia to 2016 amounted to 21,6 thousand rubles, or 66% of average labour income in the country, follows from the materials of Rosstat.