Overvaluation of the ruble makes the purchase of currency for the needs of the Reserve Fund and other purposes is particularly advantageous, said the head of the Ministry of Finance Anton Siluanov.

“I think he [the ruble] periorale from fundamental values somewhere in the 10-12%”, — said the Minister to journalists (quoted by “RIA Novosti”).

According to Siluanov, in March 2017, the Finance Ministry bought from the Bank for payments on foreign loans of $500 million and is prepared to continue buying foreign currency, while the ruble remains overvalued.

“Now we see that the exchange rate strengthened again, and as we realize that the fundamental values of the rate deviated by 10-12%, now it makes sense to buy foreign currency to meet their current obligations,” said the Minister, noting that before the end of the year the Ministry of Finance can purchase to payments on foreign currency liabilities of up to $1 billion, However, this opportunity, the Ministry of Finance can not use it.

14 Mar 2017 that periorale ruble, said the head of the Ministry Maxim Oreshkin. “The price has deviated from fundamental values, this deviation remains,” — said the Minister, refusing to make a prediction about exactly when the ruble may come in line with fundamentals. According to Oreshkin, this will depend on the balance of payments.

In mid-February, after the dollar fell to a year low in 56,55 RUB, the Minister of economic development expressed confidence that the ruble will soon begin to weaken. 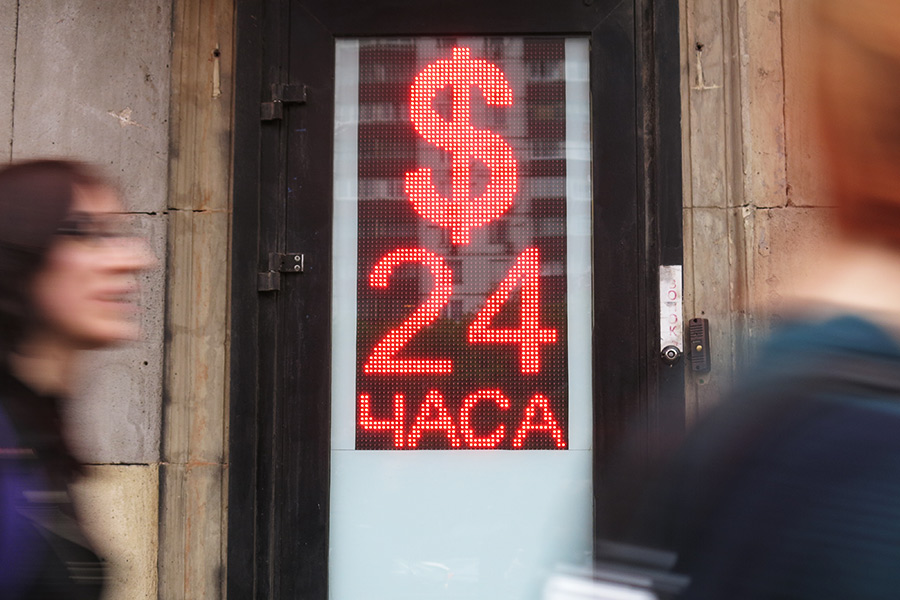 “We believe that strengthening [of the ruble], which we see in the market is short-term and not related to fundamental factors. In General, we expect that in the near future there will be some weakening of the ruble, and then its stabilization,” said Oreshkin February 17, after the President of Russia meeting with the Ministers.

Against this background, statements of the dollar on the same day rose to RUB of 58.55, and in early March its rate rose above 59 rubles. But in the end of last week amid rising world oil prices and increase credit rating Agency S&P forecast the sovereign rating of the Russian ruble again increased significantly. In the end, on Tuesday, March 17, closed at 57,22 RUB/USD.

On Monday the dollar on the Moscow exchange went up again, reaching around 11:00 GMT 57,28 RUB marks On the background of the news appears the statement Siluanov, the rouble depreciation has accelerated and in about 20 minutes, the dollar rose to RUB 57,4475

“According to our model, at this moment, the revaluation of the ruble relative to oil prices is at its maximum recent levels. This week, however, the spread between actual rate and estimated by our model may remain at high levels due to the proximity of the tax period,” explained analyst at Promsvyazbank Michael Poddubsky.

According to him, the peak of tax payments will have on the 27-28 of March, when will be paid VAT, mineral extraction tax, excise taxes and profit tax, and today, the dollar may consolidate in the range of 57-57,6 RUB.

According to the chief of analytical Department of Bank “Zenith” Vladimir Evstifeeva, the ruble price of a barrel of oil (about 3 thousand rubles), “signals the strong ruble by 8-10%”. However, the imminent weakening of the ruble, the expert is not waiting at least until the fall in world oil prices Brent crude below $50 a barrel.

“At the same time, a further decline in oil prices may discourage hot capital from high-yielding assets is likely, triggering the return of the dollar to the level of 60 rubles”, — said Evstifeev.

Chief analyst of Nordea Bank Olga Lapshin believes that the policy of the Ministry of Finance and Ministry of economic development plays to the ruble was trading closer to the upper boundary of the price range of 57-59 rubles, but the ruble will gravitate to the lower end of the range.

Earlier, the Minister of agriculture of Russia Alexander Tkachev called the strengthening of the ruble, a blow to the Russian economy.