Not only debtors telecommunication companies, whose debts had to be written off, may face claims of the tax authorities, which told on Tuesday, March 21. Soon citizens — debtors for loans whose debt was recognized as hopeless and are written off by banks, can also get a tax claim. As has shown poll of banks, conducted they in a mass order began to inform the tax service about the persons, whose debts were recognized as hopeless, and amounts of debt relief. Tax, in turn, is considered unpaid and uncollected debt economic benefit subject to taxation on incomes of physical persons (13%).

Amendments to the Tax code (PP. 5 paragraph 1 article 223), which entered into force on 1 January 2016, apply to debts deemed to be uncollectible and written off starting in 2016. Now, when it comes to deadline citizens tax returns for personal income tax over the past year, banks and other organizations dealing with debtors-defaulters, began to inform the tax authorities.

All the interviewed bankers affirmed the Tax code of the Russian Federation is executed strictly, and the tax authorities sent information about written-off loans physical persons.

“Banks are obliged to inform the tax office and our Bank performs this responsibility”, — said the chief accountant of Nordea Bank Tatiana Sharova. We are talking about debts that were written off by banks as uncollectible as of 2016, she said. “Arrears on loans could have formed in the past, but a basis for informing the tax is the fact of write-off”, she explained. “In most cases we are talking about loans, arrears which formed about three years ago. This term is established in the civil code as the minimum period for recognition of the debt uncollectible. 90% of the banks in its approach to debt relief that are guided.”

“Performing a specified provision of the Tax code, from March 1, we began to form our list of borrowers with overdue more than three years; this information, as well as information about the amount of debt will be transferred to the tax authorities. Further, with such payers on tax benefits will be dealt with the tax authorities”, — said Deputy Chairman of the Bank “Avangard” Vladimir Andreev.

“The Bank gave information about written-off loans in full, the transfer takes place once per year”, — said the Director for retail risks, small and medium business PSB Eugene Ivanov.

“Data on the amount of debt individuals, to be uncollectible and written off from the balance sheet of the Bank for 2016, was transferred to the tax office by March 1. When transmitting data, the Bank notifies tax authorities and the taxpayer about the availability of debt in the amount of resulting income and obligations to pay tax. These clients are required to provide to the tax authority at the place of their registration the appropriate tax Declaration and pay the tax,” — said the chief accountant, Deputy Director, financial Department, VTB 24 Svetlana Emelyanova.

Personal income tax accrued and was charged with debts written off earlier, says the managing partner of the company “Lamczyk, Krupsky and partners.” That when the debt relief by the creditor from the debtor economic benefit occurs, in the information letters he wrote, the Ministry of Finance and the FTS. These same amendments in the tax code indicate which date should be considered the moment of receipt of income. “Before, there was no consensus about whether taxpayers pay taxes if they write off the debt. Amendments to the Tax code put things in this order, indicated when there is the income,” he explains. 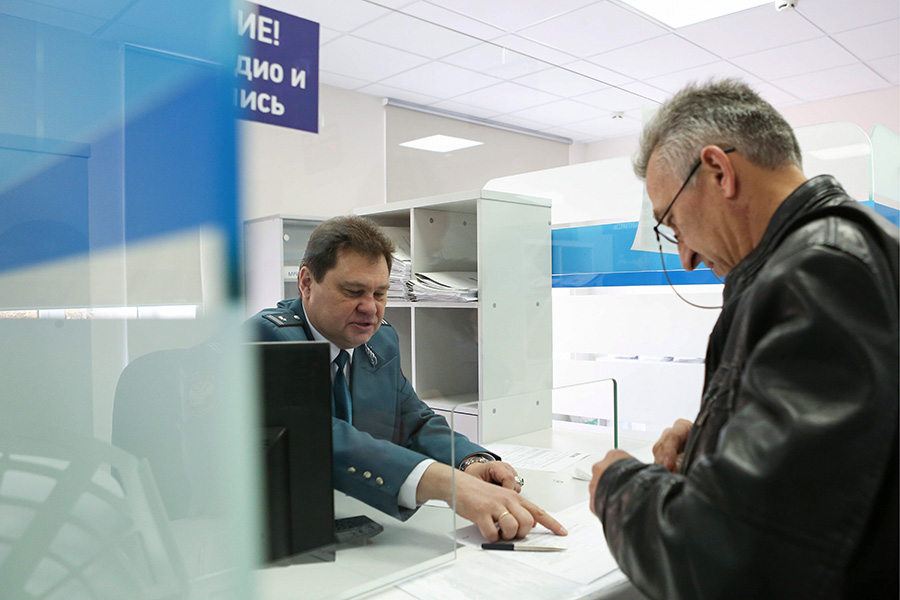 In a press-service FNS explained that the written off debt as income on the basis that the debtor receives the benefit “in the form of cost savings to repay the debt”. Date, forgiven when the debtor received this “income” shall be the date of debiting of the payment. Since then, he is subject to personal income tax at a rate of 13%.

If the debt was written off the debtor until January 1, 2016, it must provide the Declaration for personal income tax not later than 30 April 2017 at the place of registration and until July 15 to pay the assessed tax. If the debt was written off later, to file a tax return is not required: the personal income tax should be paid before December 1, on the basis of tax notices and receipts, which circulate on. The basis for this newsletter is information about bad debt passed on to tax creditors, the largest of which are banks.

The tax reserves the right not to send notice of the arrears of personal income tax, if the debt is less than 100 RUB (that is debt written off was less than 750 rubles). The cost of sending a notification just does not justify itself, says Lenchik. But if the taxpayer owns property or transportation, the notice of this small debt pit will come with the notification about the property tax. For example, if an annual notice is sent for the payment of the transport tax and property tax, then the tax authority has the opportunity to include these 100 RUB in this annual notification.

In the statistics of the Bank of Russia overdue loans are not separated by the period of delay, also does not provide the volume of written-off bad debts by years. However, the extent of retail banking write-offs of bad loans in 2016 (namely write-offs during this period and banks inform the tax authorities) can be seen in reports of credit organizations according to IFRS. Of the largest banks according to IFRS for the last year reported, in particular, Sberbank, VTB and Alfa-Bank.

Retail bad loans they wrote off at 73 billion rubles, RUR 61 billion and $225 million (at the current exchange rate of the Central Bank is about 13 billion rubles), respectively. However, because IFRS consolidated, is the amount of debt for all banks within these groups. Collectively, the three banks have written off 147 billion rubles, 13% of this amount is about 19 billion rubles.

An invitation to the court

However, as pointed out by lawyers, despite the impressive scale, the prospects for recovery of these funds is ambiguous. “People do not pay on the loan so that the loan had to be written off, are unlikely to voluntarily pay the tax with the resulting economic benefits from it, — says head of analytical Department of legal firm “Intralux” Olga Pleshanova. — Then the tax authorities will have to go to court.” To sue in small amounts of tax our own peril, she continues. “In the tax code has a threshold of 3 thousand. RUB., in the General case, the recovery through the courts are subject to a tax claim in the amount of 3 thousand rubles., — said Pleshanova. — The tax authorities, however, have the right to stash smaller claim within three years cumulatively and then recover, but it takes time.”

In addition, the court’s decision will still have to perform, continues…. Often delinquent on loans come from socially disadvantaged segments of society. If they have no employment, property or other income, to collect means in practice will be problematic for the tax. However, those who have something material and other costs and trouble, including, for example, the ban on travel abroad will be provided, she added.

Problems can arise not only Bank borrowers but all in all debtors-defaulters. According to interviewed experts, to inform the tax authorities should any creditors, whether microfinance institutions (MFIs), pawnshops and even collectors. “If the outstanding debt was sold, the obligation to inform the tax authorities about his cancellation goes to the one who bought it,” says Tatiana Sharova. Partner of the Law Bureau A2 Mikhail Alexandrov said: “the rule is universal for all organizations, whether a Bank or an LLC. If your organization is issued a loan, which later was made cancellation of outstanding bad debts, it is obliged to provide such information to the tax office”.

However, other creditors do not consider it necessary to fulfill the rule of law. Among the interviewed collectors and MFIs did not find any company transmitting information about written-off debt to the IRS.